9 of the most epic GPS failures

The US launched a GPS satellite 25 years ago. It's been mostly helpful -- except when it leads drivers into a lake 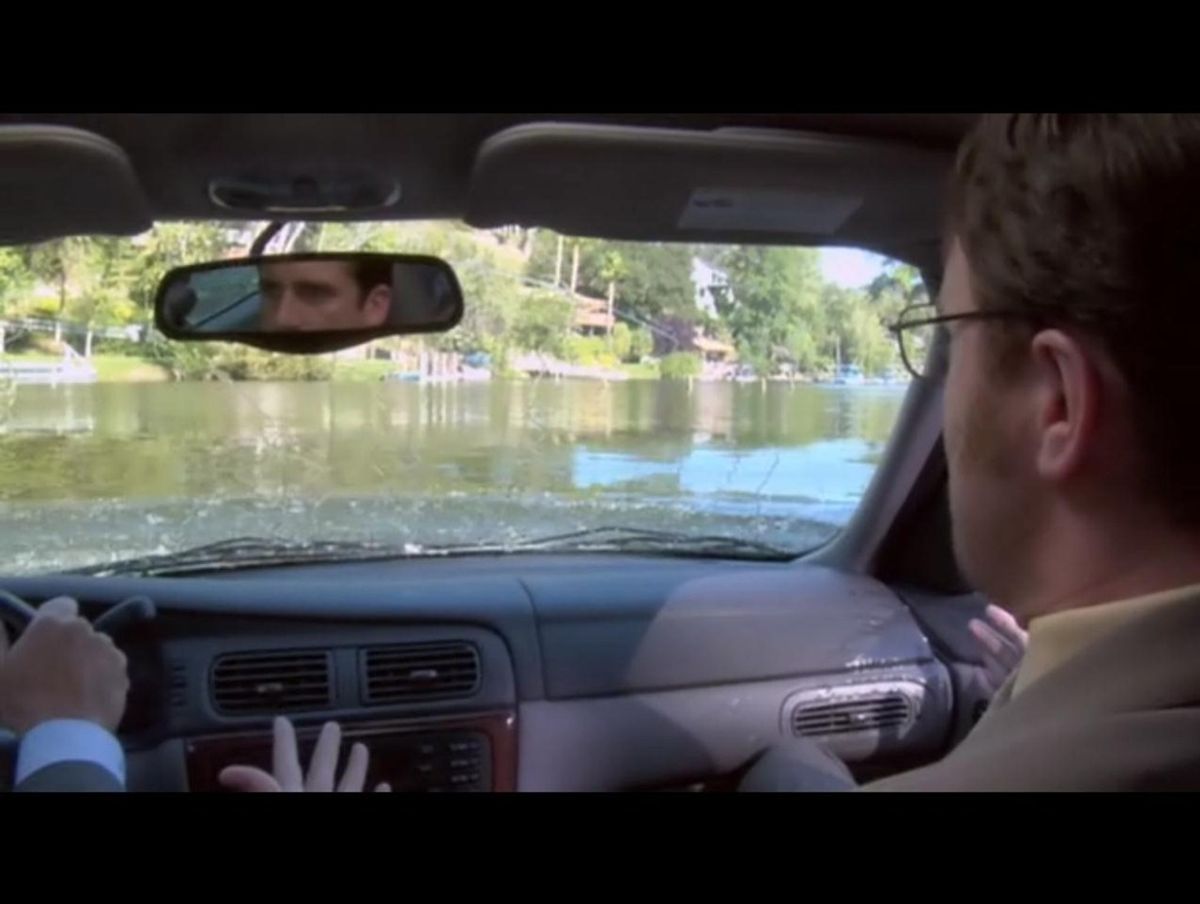 GPS, or Global Positioning System, has changed the way we drive, but not always in a good way.

The US launched its first GPS satellite 25 years ago on Friday. The directionally-impaired rejoiced, and the technology is now embedded into just about every electronic device we own.

About 25 percent of all cars in the United States and Europe now have navigation technology.

Many more are bought and installed separately each year.

And while they have saved more than their fair share of drivers from wrong turns, GPS-based navigation systems have also produced some spectacular fails in recent years.

Here are some of the worst:

In October 2006, an 80-year-old German man ignored a series of warning signs and drove his Mercedes Benz into a giant sand pile off a highway near Hamburg.

Why, you ask? His GPS told him to.

"The driver was following the orders from his navigation system and even though there was a sufficient number of warnings and barricades, he continued his journey into the construction site," a police spokeswoman said.

Three young women managed to escape from a sinking SUV after driving the rental car down a boat launch and into a lake near Seattle in 2011.

They blamed bad GPS directions for the near-deadly mishap.

Local authorities were more than dubious.

"I don't know why they wouldn't question driving into a puddle that doesn't seem to end," said Lt. Eric Keenan with the Bellevue Fire Department.

Driving in a foreign country can be really difficult.

But surely these Japanese tourists had to have seen the Pacific Ocean approaching as they maneuvered down a road toward Australia's North Stradbroke Island in March 2012.

“(The GPS) told us we could drive down there,” Yuzu Noda, 21, told the local Bayside Bulletin. “It kept saying it would navigate us to a road. We got stuck... there’s lots of mud.”

Noda and her friends made it about 50 yards offshore before realizing they were stranded. A tow truck driver eventually gave them a lift back to the mainland.

A group of travelers in Utah nearly plunged off a cliff to their deaths thanks to a GPS error.

Daniel Cohen and his friends were expecting a scenic drive as they made their way from Bryce Canyon, Utah, to the Grand Canyon in Arizona in 2008.

But on one dark night, they nearly died when a GPS system led them to the edge of a very steep cliff. The group managed to stop just before plunging over.

The 25 travelers were stuck in the wilderness all night before being rescued the next morning.

Satlegh Mohammadi drove nearly 20 feet down a railroad track in Goole, East Yorkshire, in 2009 after telling police his GPS had directed him to.

Thankfully, alert rail workers saw him careening down the tracks in his Ford Fiesta and called the police.

Mohammadi, an Iranian jobseeker, had been drinking when he made the mistake but was just under the drunk driving limit, according to police.

Still, he was banned from driving for 20 months and ordered to perform a year of community service.

Ah, limousines. Such a stylish, luxurious way to travel.

That is, unless you're bouncing down a flight of concrete steps in a busy city center.

It happened to a limo driver in Salzburg, Austria. Police said Kurt Braun took what he believed was a shortcut while driving his employer to a local hairdresser.

Turns out, it was a steep flight of stairs for pedestrians.

Proof that spelling and punctuation DO matter.

A Swedish couple seeking rest and relaxation on the golden beaches of the Italian island of Capri were sent nearly 400 miles off course by a GPS typo.

Instead of Capri, the pair found themselves in the town of Carpi — an industrial city in Italy's north region.

They only discovered their error after asking locals how to get to the island's famous "Blue Grotto."

"It's hard to understand how they managed it. I mean, Capri is an island," said Giovanni Medici, a spokesman for Carpi regional government. "It's the first time something like this has happened."

But probably not the last.

When Robert Ziegler's GPS told him to turn onto what looked like a hiking trail in Bergun, Switzerland, he took the device at its word.

Turns out, it WAS a trail. For goats.

"I kept hoping each little turn would get me back to the main road," Ziegler said. "In the end, it told me to turn around but, of course, I couldn’t by then."

Authorities had to call in a helicopter to actually lift Ziegler and his van off the peak to safety.

"He says he didn’t see any footpath signs but he must be a fair driver to get that far up a glorified goat track," a fire service spokesman said.

As you can see here, the actual roads in Bergun aren't much wider:

And in another Swiss folly, a German truck driver trying to deliver cargo to a factory in the town of Sempach found himself up a tree — literally.

The 37-year-old man barreled past several "No Entry" signs onto a pedestrian walkway and smashed into a cherry tree.

He tried to back out, but took out several lamp posts and damaged the tree further in the process.

Area workers eventually had to use chainsaws to free the vehicle and get it back on the road.

It may sound funny, but the driver probably wasn't laughing. He was fined $540.