Bill O'Reilly: Last interview with President Obama was the toughest "of my life" 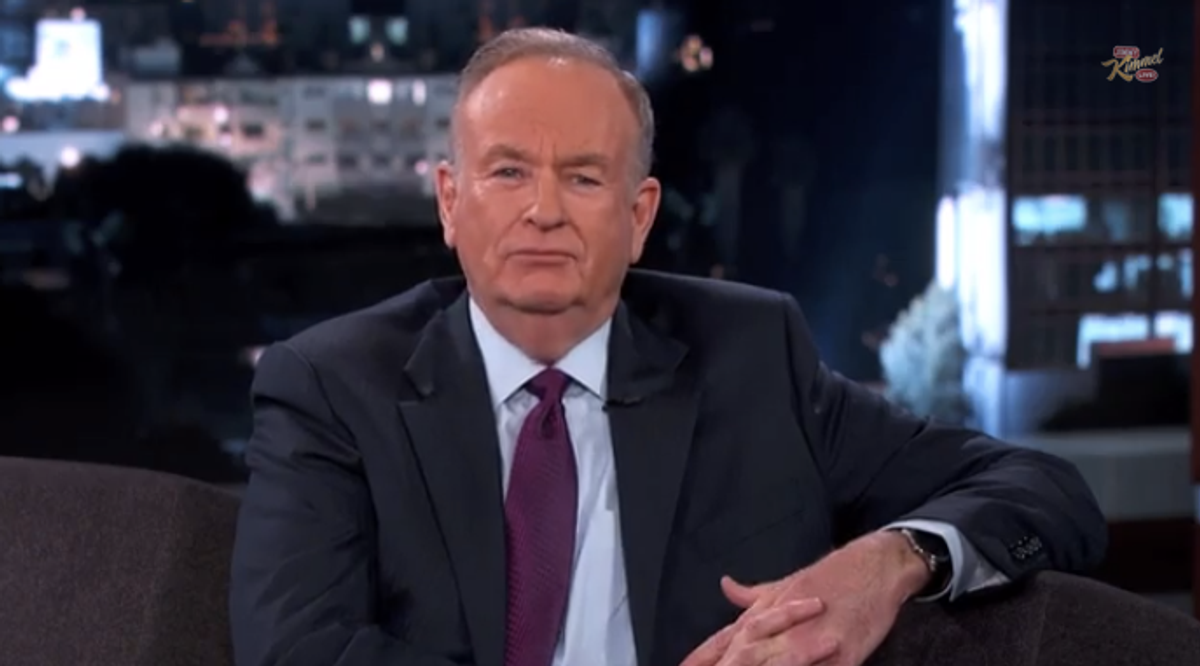 On Tuesday, human picketing sign Bill O'Reilly stopped by "Jimmy Kimmel Live" to discuss his new book report, "Killing Jesus," and his "historic" pre-Super Bowl interview with President Obama (which you still can be a part of if you buy a photocopy of O'Reilly's handwritten notes!).

The Fox News anchor admitted that, although he has interviewed Obama twice before, the 10-minute live interview was the "toughest of my life."

O'Reilly, who was criticized by the media for frequently interrupting the president and focusing on a right-wing agenda, said, "I've never done anything more difficult."

"Because you're up against the clock from day one -- second one. And President Obama can do 20 minutes on your socks," he continued. "I mean, the guy is very eloquent and he can just take it where he wants to take it. But my job is to not have him do that, to answer a series of questions, therefore I have to interrupt the most powerful man in the world. Which I did, cause I'm obnoxious, that's what I do, right? Part of my charm. But you can't do it in a way that denigrates him, that makes him look bad."

The president famously called out O'Reilly and Fox News for "unfair" reporting during the interview, but said, "Absolutely, of course you are [unfair], Bill, but I like you anyway."

But O'Reilly insisted that the president "doesn't like me." "Don't ruin his reputation," O'Reilly joked at the suggestion.