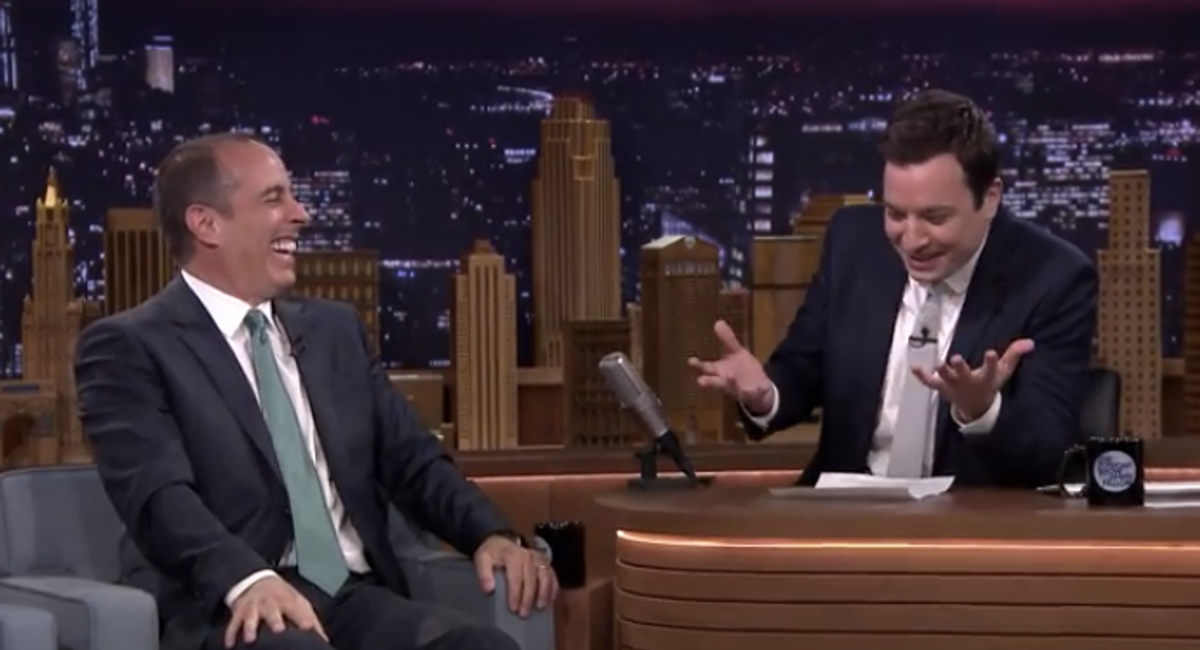 Legendary comic Jerry Seinfeld visited Jimmy Fallon on his second night hosting the "Tonight Show," which Fallon brought back to their native state after 42 years in Los Angeles. The two comedians, who are both parents, lamented about the trials of modern-day parenting.

"We're too into it," Seinfeld told Fallon. "When we were kids, our parents didn't give a damn about us."

Seinfeld described the bedtime routine for his children as a "royal car nation jubilee centennial of rinsing and plaque and dental appliances and the stuffed animal semi-circle of emotional support." "And I've got to read eight different moron books," he added.

"You know what my bedtime story was when we were kids?" asked Seinfeld.

The comedian also performed stand-up commenting on society's ridiculous reliance upon cellphones, which are filled with not-so-important contacts whose names we scroll through "like a gay French king," though we rarely use that "juiced-up hard rectangle" for phone calls anymore.