Sochi's popularity problem: Why haven't the Olympics been bigger?

It's supposed to be the era of event TV -- so why aren't more Americans tuning in to Sochi? 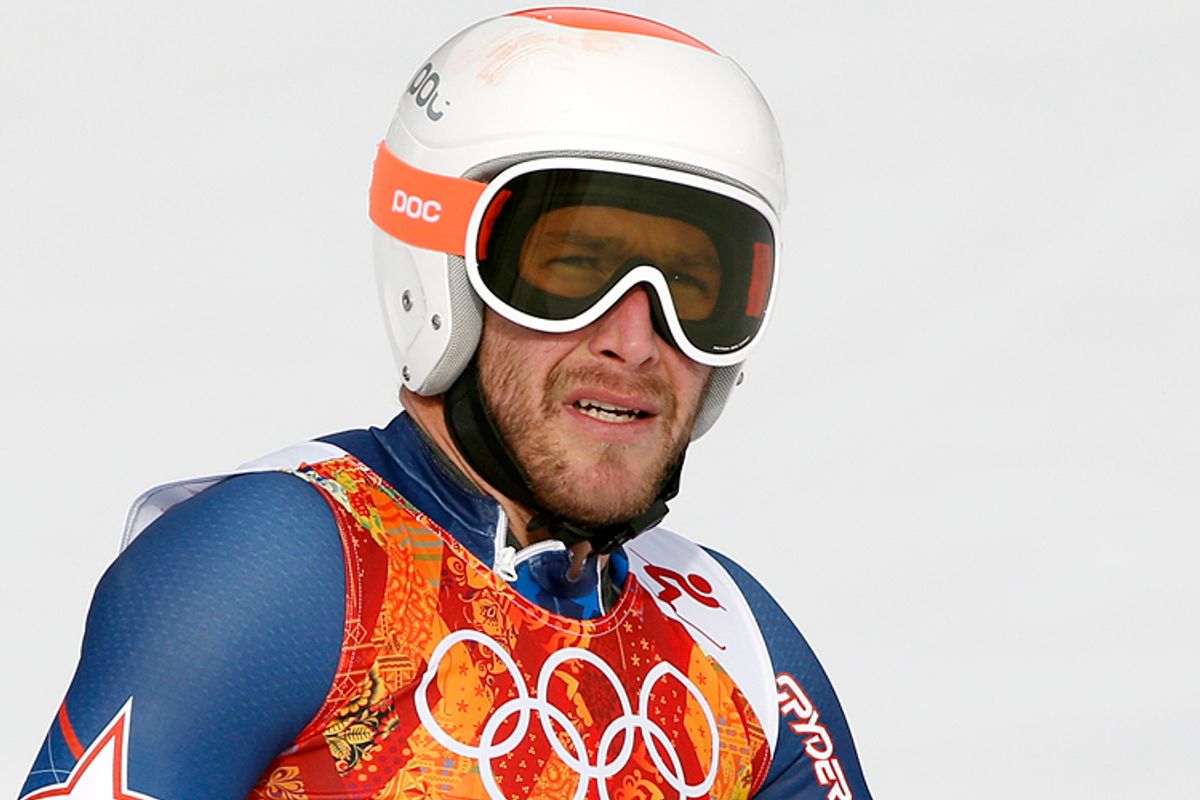 Even more than Shaun White’s haircut or Bob Costas’ eye infection, the narrative of this year’s Olympics has come down to one question: Why haven’t they been bigger? Viewership has been consistently down for this year’s games, off 11% from 2010’s near record-setting numbers. Around 190 million Americans tuned into the 2010 games, set in Vancouver, making the broadcast the second most-watched Olympics ever after the 1994 ceremonies, set in Lillehammer, Norway. The Lillehammer games drew massive tabloid attention with the Tonya Harding scandal, and with this year’s ubiquitous controversies, such as Russia’s treatment of its LGBT population and the lack of preparedness for the games, many expected that the swell of press attention would drive big numbers.

As Nielsen ratings show, that hasn’t been the case, and this year’s Olympic games may have to settle for a viewership silver medal. Sochi’s decline in ratings bucks the recent trend in sporting events, which show consistent gains in viewership. This year’s Super Bowl was the most-watched live event in American television history, making it the fourth time in five years that the Super Bowl has set a new viewership record. Those five Super Bowls also account for the five most-watched television broadcasts in history.

Even awards shows have been trending upward in the past few years. Ratings for this January’s Golden Globe awards, hosted by Tina Fey and Amy Poehler shot up 10% since their previous 2013 gig, while the recent Grammy Awards boasted the second biggest audience over the past 20 years. (It would have been the largest outright, if not for Whitney Houston’s sudden and tragic death in 2012.) Although popular wisdom used to be that big winners bring big audiences, with viewers tuning in to see a megahit like "Avatar" or "Titanic" clean up, that’s not the case in the current media landscape. In 2014, analysts believe that social media drives viewership gains. Increasingly, viewers aren’t content to wait the next day to join the conversation. They want that connection now.

Therein lies the problem with the Sochi Olympic games. Whereas Vancouver enjoyed a primetime slot and US viewers could watch events live, the Russia-set games are nine hours ahead of Eastern time. According to Michael Roston of the New York Times, that gap has “presented a challenge for people who want to watch NBC’s nightly Olympics coverage: avoiding spoilers.” Roston writes, “Even just grazing on your favorite websites and social media platforms can lead to discovering the outcome of an event before it hits TV, possibly deflating some of the joy in the drama.” Whereas social media works in tandem with live events to make viewers feel like they’re a part of the action, it’s the enemy of delayed television. Apps like Bloko and Spoiler Shield are designed to help diehard fans stay spoiler-free, but in a media news cycle predicated on up-to-the-minute coverage, that’s a Sisyphean effort. You can’t turn off the whole world for nine hours.

The 2006 Olympics in Torino, Italy fell victim to the same rampant delays in stateside broadcast coverage. Statistics show that this year’s broadcast compares favorably to Torino, showing a slight edge in overall viewers, despite a slight drop in key demographics. That decline is likely due to Italy’s marginally smaller time difference and this year’s poor performance among U.S. Olympians, with top athletes like White and Bode Miller suffering from injuries. Figure skater Ashley Wagner made some of the Games' biggest headlines by losing, reacting to her low score (and subsequent bronze medal) with a look of disgust that immediately went viral. By harnessing the power of social media, her “bullshit” moment briefly became bigger than the actual Olympics.

However, if there’s a silver lining for this year’s Sochi Olympics, the good news comes from abroad. Reuters reports that the global broadcast for 2014 is the biggest in history, nearly double what it was four years ago, pumping out over 102,000 hours of coverage to 464 channels across the globe. Russian viewership nearly doubled since 2010’s Olympic games, and the opening ceremonies were watched by 32.7 of the population, making it the country’s biggest live broadcast ever. According to estimates, nearly 90% of Canadians have already tuned into this year’s games at some point, along with 190 million people in China.

If Sochi proves a hard sell in the U.S., it’s been highly lucrative around the world -- with Russia taking in almost $1.3 billion in sponsorships and endorsement deals, a high mark for either the Summer or Winter Olympics. Many believe we're moving into an era driven by event TV (like NBC’s recent broadcast of “The Sound of Music”), a communal feeling of engagement that gives viewers an experience that DVR playback and Hulu can’t offer. This is why we watch the Olympics, to feel like we’re part of something bigger, a spirit that unites all of us. And where Sochi's concerned, we have to remember that we’re not the only ones tuning in. The whole world is watching.