The era of "smart guns" may soon be upon us 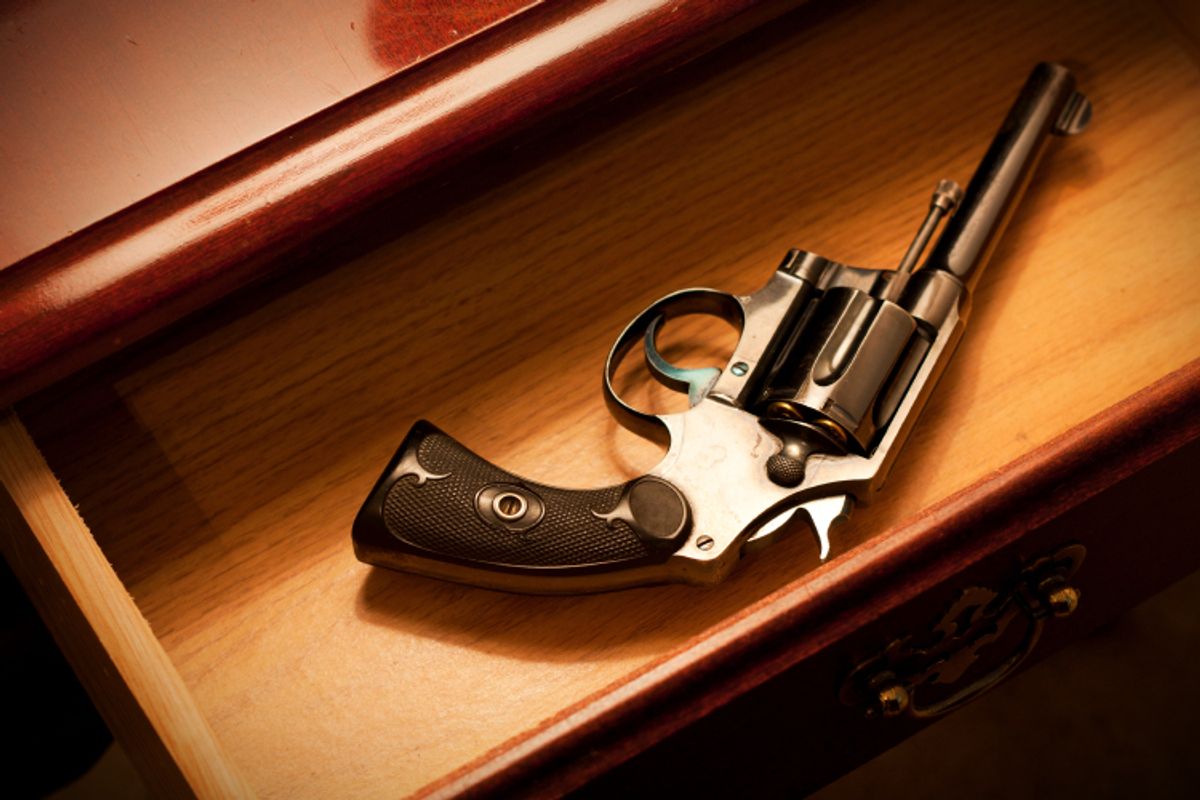 According to a Wednesday report in the Washington Post, the era of "smart guns" — weapons that would only fire when their registered user is using them — may be closer than many think.

The Armatix iP1 is now being sold in California and is considered to be the first true smart gun available on the market. The way the gun works is pretty simple: It won't fire unless it's in range of a special wristwatch, worn by the gun's owner. When the wristwatch and the gun are in the required proximity to one another, a light embedded in the gun turns from red to green.

While you'd expect proponents of gun-safety to embrace the new technology, the Post report finds that many gun rights advocates are welcoming it, too. "It could revolutionize the gun industry," James Mitchell, the self-described "extremely pro-gun" owner of the Oak Tree Gun Club, told the Post.

And while the NRA is skeptical of the technology — with the website of its lobbying arm, the Institute for Legislative Action, describing the NRA as worried that smart guns have "the potential to mesh with the anti-gunner’s agenda, opening the door to a ban on all guns that do not possess the government-required technology" — the powerful nonprofit has held back on discouraging its members to embrace smart gun technology.

The arrival of smart-gun technology comes amid a flurry of interest in the concept from investors who think the country — after the killings at Sandy Hook Elementary School in Newtown, Conn., and the brutal legislative battles that followed — is ready for new, innovative gun-control ideas. Last month, Ron Conway , a Silicon Valley titan and early investor in Google and Facebook, launched a $1 million X Prize-like contest for smart-gun technology.

“We need the iPhone of guns,” Conway said, noting how the new iPhone 5s can be unlocked quickly with a fingerprint. “The entrepreneur who does this right could be the Mark Zuckerberg of guns. Then the venture capitalists like me will dive in, give them capital, and we will build a multibillion-dollar gun company that makes safe, smart guns.”

A variety of approaches are in development. Armatix, the German company behind the iP1, uses RFID chips, which can be found on anti-theft tags attached to expensive clothing. Trigger­Smart, an Irish company, also uses RFID chips, though with a ring instead of a watch. The company also has technology that would render guns inoperable if they approached electronic markers — for instance, near a school.

The New Jersey Institute of Technology is using sensors to recognize users’ grips and grasping behaviors. Kodiak Arms, a Utah company, is taking ­pre-orders for its Intelligun, which is unlocked with fingerprints. Other companies are using voice recognition. Yardarm, a California start-up, uses a smartphone app to notify gun owners of a weapon’s movement. Users can even remotely disable their weapons.

Smart guns, advocates say, will have huge appeal to buyers. “If you have two cars, and one has an air bag and one doesn’t, are you going to buy the one without the air bag?” said Belinda Padilla, president of Armatix’s U.S. operation. “It’s your choice, but why would you do that?”