Watch this 8-foot octopus attempt to steal a diver's camera

A thrillingly close encounter off the coast of California 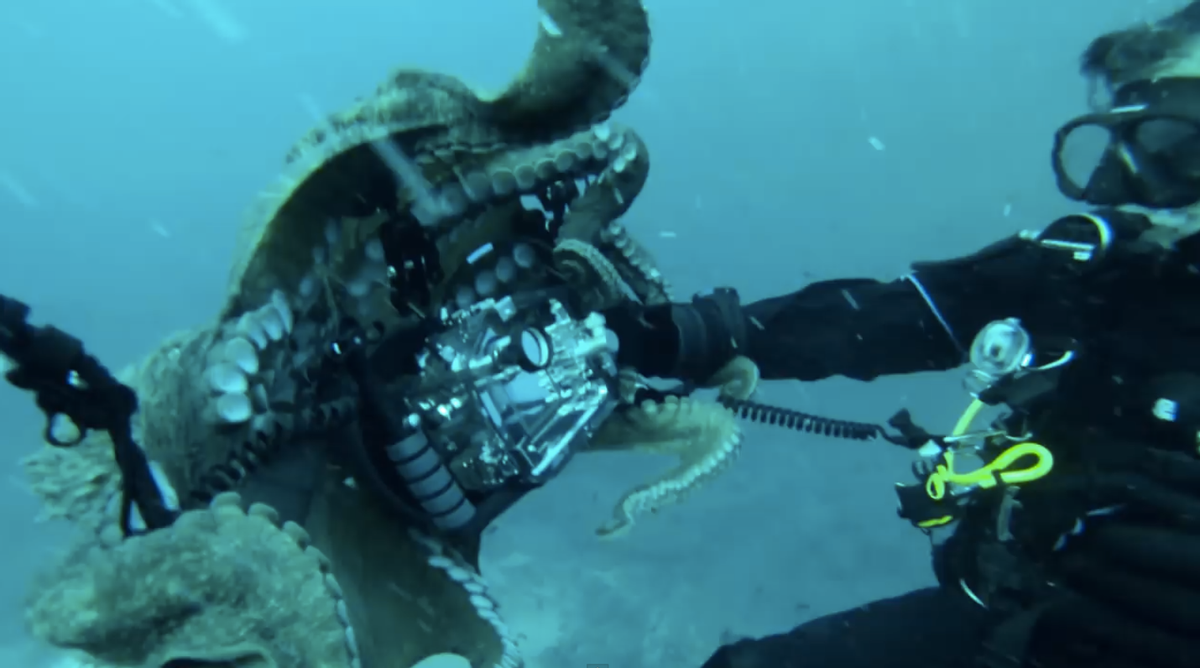 If you thought the celebrity paparazzi had it rough (because you totally did think that, right?), you've never seen the guy whose job it is to photograph octopuses.

Earlier this month, divers off of Bluefish Cove in Carmel, Calif., captured this incredible video of a Giant Pacific Octopus attempting to grab the camera away from a would-be documentarian. The divers, David Malvestuto and Warren Murray, told IB Times that the creature may have caught sight of its own reflection and thought it was another octopus. Murray, who was forced to wrestle the octopus, insists that he wasn't scared.

At one minute in, the video switches perspectives, showing the whole thing from the camera's point of view. The entire encounter is absolutely surreal:

More on why octopuses are kind of amazing here.