Jordan Davis' mother to Michael Dunn: "You took my future"

"I won’t have grandchildren, I will never have a daughter-in-law. I don’t have those things anymore" 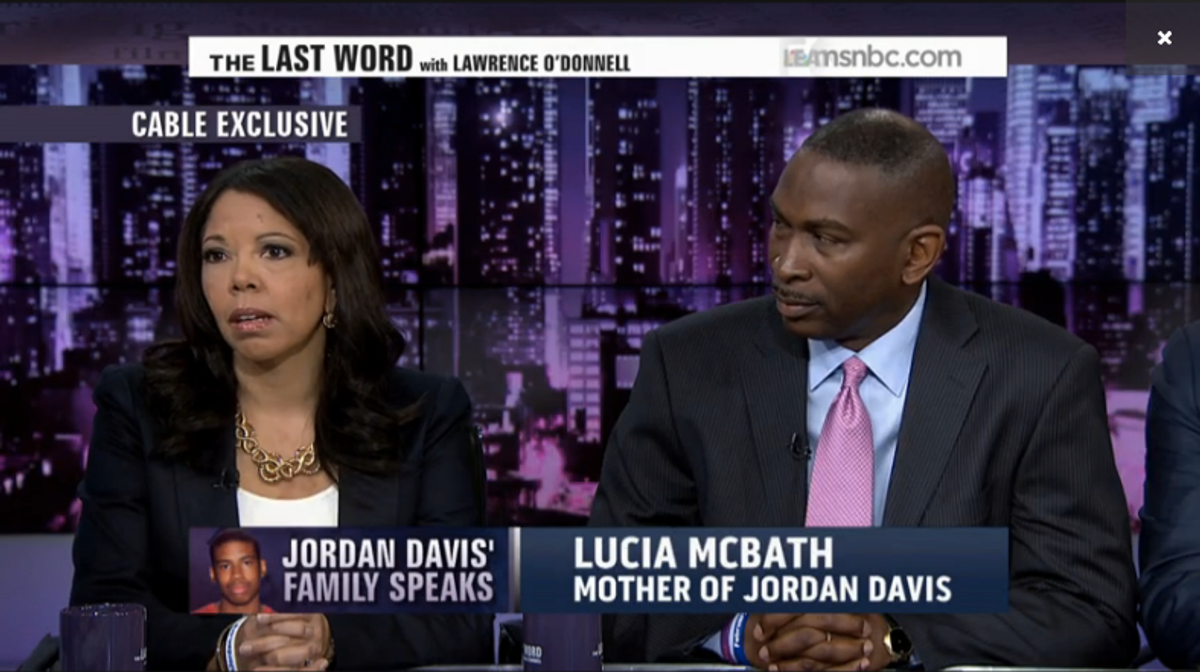 In an emotional interview on MSNBC's "The Last Word With Lawrence O'Donnell" Wednesday night, Jordan Davis' parents, Ron Davis and Lucia McBath, detailed the many problems of the case and said they would continue to fight for justice for their son.

McBath told O'Donnell that she was glad justice had been served for Davis' three friends, but she was "dismayed that we have to continue to fight, a longer fight than we expected for Jordan."

Ron Davis also addressed the newly released phone calls in which Dunn called himself the victim in the case.

“Michael Dunn should understand that the victim was the one that had a bullet go through his lungs, a bullet tear his aorta,” he said. “The victim was the one that was choking on his own blood and was gasping for air. The victim was a 17-year-old teenager that should have had his whole life in front of him that was seeing his life go away in seconds, and he probably was so fearful – and his friends were looking on watching their best friend die in a moment of seconds – that’s the victim.”

“What I would say to him is that not only did you take Jordan’s life but you took my future. I won’t have grandchildren, I will never have a daughter-in-law,” she said. “I don’t have those things anymore, but what he’ll need to understand is that in some way, shape or form, he will pay -- even if we don’t ever receive the verdict for Jordan. He will pay because he is going to spend the rest of his life in jail. And I feel sorry for him for that.”