Jimmy Fallon might have more reach, but Arsenio was first, and his influence can't be denied 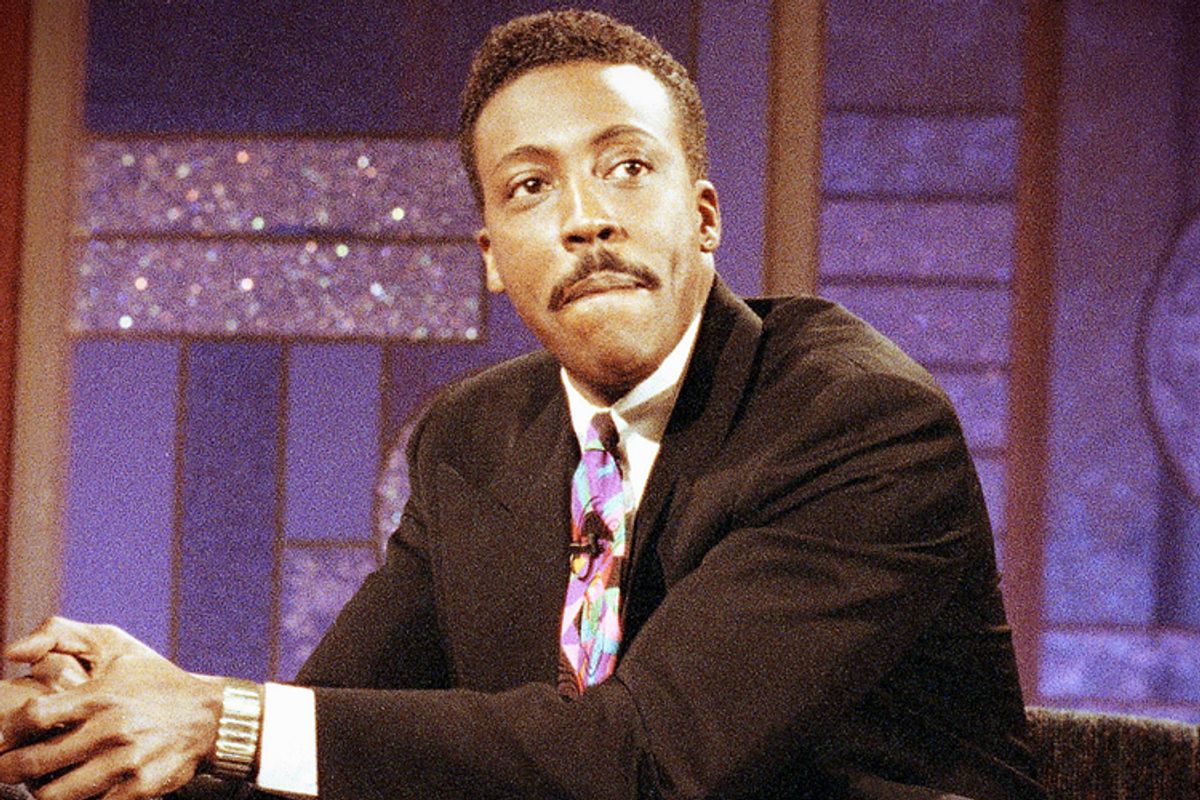 Earlier this week, I posted a fairly narrowly focused appraisal of Jimmy Fallon's first night hosting "The Tonight Show." Admittedly, the headline we ran with the story was a tad hyperbolic: "How Jimmy Fallon and the Roots brought hip-hop to late night." A wide variety of hip-hop acts have been appearing on late night talk shows for years. And, as at least two of Salon's readers astutely pointed out in the comments section, if anyone can be said to have brought hip-hop to late night in any sort of consistent way, it would have to be Arsenio Hall. Not only did the first incarnation of "The Arsenio Hall Show" routinely book hip-hop acts of the day, the program boasted a genuinely hip-hop aesthetic -- at least for the time.

Wikipedia's summation of the show and its influence may read a little stiff, but it is mostly dead on:

During its first run, Hall's flashy stage entrance and energetic, groundbreaking shows made it become a pop culture hit. Unlike his competitors, many of whom shared a self-deprecating sense of humor, Hall possessed a personality, swagger and confidence that attracted viewers. His catchphrase, "Let's get busy!", introduced a televised party. Hall's wardrobe consisted of bright, loud colors that reflected the tone of the show. His flat-top haircut was so prevalent in that era, many pro and college athletes adopted the look. The guest lineup and musical acts on the show were more diverse and couldn't be found on other talk shows. Hall also didn't shy away from controversial topics that his competitors tended to avoid, such as Rodney King and the 1992 Los Angeles riots, or race relations in general. The show provided viewers a clear alternative to the tried-and-true formula of late-night TV. The ratings showed there was an audience for what Hall was providing. Until then, late-night had been dominated by "The Tonight Show Starring Johnny Carson" on NBC. Arsenio Hall made a dent in Carson's ratings and broadened the genre, resulting in a diversity of personalities on broadcast and cable channels today.

You know the pattern: Elvis didn't invent rock 'n'roll. Eminem was not the first dude to pick up a mic and spit 16. Jimmy Fallon may well go down in history for enlisting the Roots as his "Tonight Show" band, doing the dougie with Will Smith, and coaxing a Sugar Hill Gang cover out of anchorman Brian Williams. But he certainly cannot claim responsibility for arguably the Greatest Moment in Televised Hip-Hop History. For that, we must turn our hearts and minds back to Arsenio Hall and thank him profusely for giving us A Tribe Called Quest's "The Scenario," featuring Leaders of the New School (featuring one Busta Rhymes) live on the small screen: