Why creationists can't be scientists 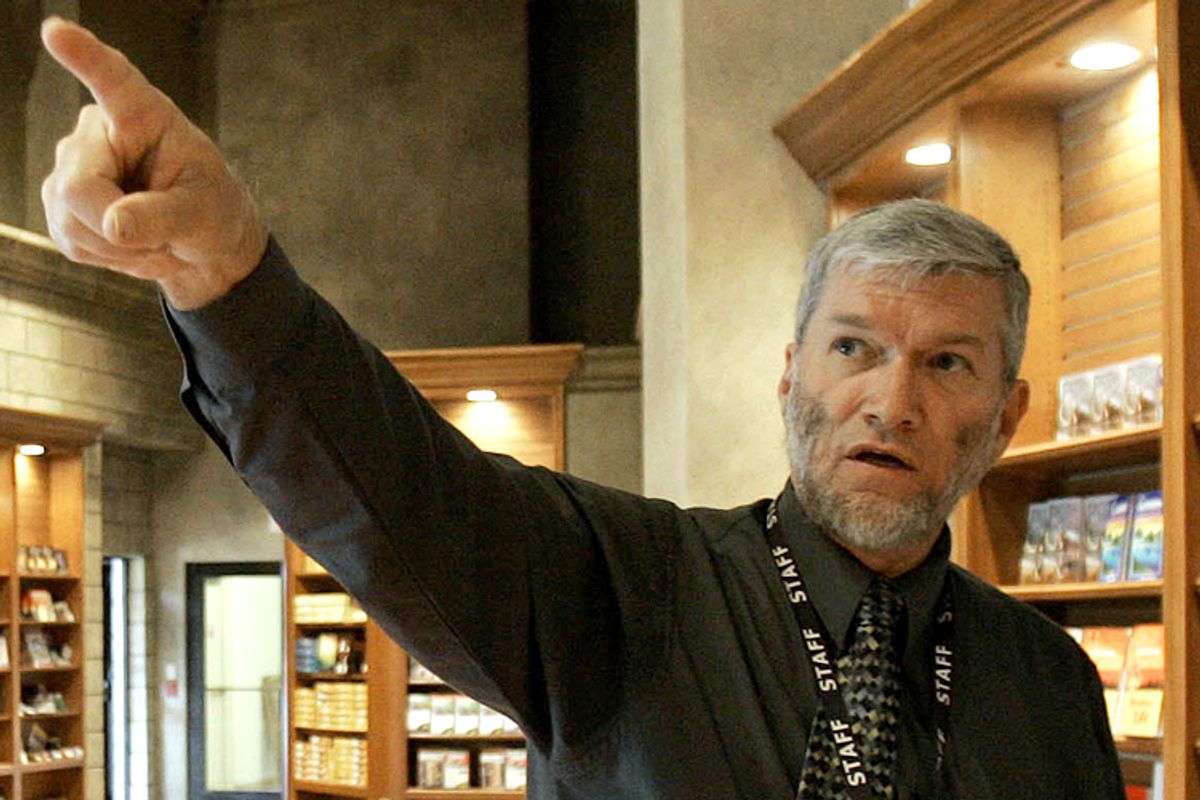 Creationism is back in the news, following the Ken Ham/Bill Nye debate and the recently released HBO documentary, "Questioning Darwin." Many writers, including myself, have argued that creationism is neither religion nor science, but rather a thinly veiled political doctrine. In contrast, William Saletan sees creationism as "harmless" because scientists who espouse it can "compartmentalize" their beliefs. He recognizes its absurdity, but writes that, “You can be a perfectly good satellite engineer while believing total nonsense about the origins of life.” But creationism is part of the larger crusade within the religious right to make "biblical literalism" Christian doctrine and federal law. To espouse it is to preclude practicing science.

Saletan believes that a distinction between historical science and modern science is what exculpates the creationist:

But this distinction actually obfuscates the deeply political motives of the creation movement, expressed by Ham here:

As the creation foundation is removed, we see the Godly institutions also start to collapse. On the other hand, as the evolution foundation remains firm, the structures built on that foundation — lawlessness, homosexuality, abortion, etc — logically increase. We must understand this connection.

This statement shows the operative premise of the young-earth creationist, and from where such creationists draw their power: a literal interpretation of the Bible. Augustine warned of these charlatans, writing of men who, “try to defend their rash and obviously untrue statements by quoting a shower of words from Scripture and even recite from memory passages which they think will support their case.” While Saletan thinks that creationism can be largely “compartmentalized” and that a young-earth creationist can still happily vaccinate his or her children, I am far more fearful than he that such an approach to science could easily bleed into the realm of something like vaccines or climate change (as it already has). Ken Ham argues in "Questioning Darwin" that to accept evolution is to abandon absolutes, which will bring a host of sins upon the world, (one wonders how war, rape and murder existed before Darwin).

What should make us terrified of the creationist movement is this political mobilization. The movement is deeply intertwined with right-wing fundamentalism. Among the terrors Ham worries about are abortion and gay marriage.  Across the country creationism has tried to force itself into science curriculums, with political maneuvering and outright lies. But Saletan glosses over this concern, mentioning only briefly that seeing creationism as harmless "doesn’t mean we should teach creationism in schools or pretend it’s a scientific theory.” I agree we shouldn't, but the creationist movement is trying to do exactly that.

To believe that someone whose starting premise is profoundly unscientific will practice good science could well be dangerous. Saletan argues that,

From the standpoint of scientific literacy, it’s galling to listen to absurdities about the distant past. But what matters in daily life isn’t whether you believe humans and apes evolved from a common ancestor. What matters is whether you’ll agree not to use antibiotics for your kid’s sinus infection after your doctor explains how germs, under the selective pressure of these drugs, evolve resistance.

But modern biology is based on evolution. Modern astronomy requires a scientist to understand that the universe is far more than 6,000 years old. In order to make creationism work, Ham has to deny radiometric dating. Paleontology is functionally impossible if you accept the disaster-based explanations that creationists offer. The fields of linguistics and psychology are intimately tied to evolution, as is the field of neuroscience.

"Questioning Darwin" makes clear the distinction between those, like Pastor Peter LaRuffa, who states, “If somewhere within the Bible I were to find a passage that said 2+2 =5, I wouldn't question what I’m reading in the Bible, I would believe it, accept it as true and then do my best to work it out and understand it” and Darwin, who says, “I have steadily endeavored to keep my mind free so as to give up any hypothesis, however much beloved (and I cannot resist forming one on every subject), as soon as facts are shown to be opposed to it.” One is the mindset of free inquiry, the other of dogmatic quackery. Science requires ambiguity. A scientist must weigh competing claims and she must understand complex systems. Creationism rejects all of this. In one telling quote, Angel Dague says, “I can’t even fathom coming from this little thing that crawled on the ground to apes, to being human, it just doesn’t, it sounds crazy to me.”

Consider the story of Kurt Wise, a brilliant student of geology (he studied under the eminent Stephen Jay Gould). Wise writes that in high school he dreamed of a Ph.D from Harvard.  He studied evolution intently but struggled to reconcile it with his literal reading of the Bible. Eventually he went through the entire Bible and cut out every verse that he felt could not be true if evolution were true. He concluded,

With the cover of the Bible taken off, I attempted to physically lift the Bible from the bed between two fingers. Yet, try as I might, and even with the benefit of intact margins throughout the pages of Scripture, I found it impossible to pick up the Bible without it being rent in two. I had to make a decision between evolution and Scripture… With that, in great sorrow, I tossed into the fire all my dreams and hopes in science.

That is not someone who has compartmentalized his creationism. It is someone for whom creationism is the overarching lens through which he sees the world. Given how much one must give up to be a creationist (legitimacy, honors, awards, respect), could holding onto these beliefs really be a small detail for scientists? I suspect very much the opposite. Saletan concludes that while “Nye portrayed creationism as a cancer” which threatens scientific institutions, in fact, “It doesn’t. You can be a perfectly good satellite engineer while believing total nonsense about the origins of life… Just don’t let it mess with your day job.” Given that creationists like Wise have agonizingly determined that this is not true, I think we should take them at their word. At the end of "Questioning Darwin," the narrator says, “Darwin himself never stopped asking questions about his science and about God.” Creationists have, and that is why they cannot be scientists.