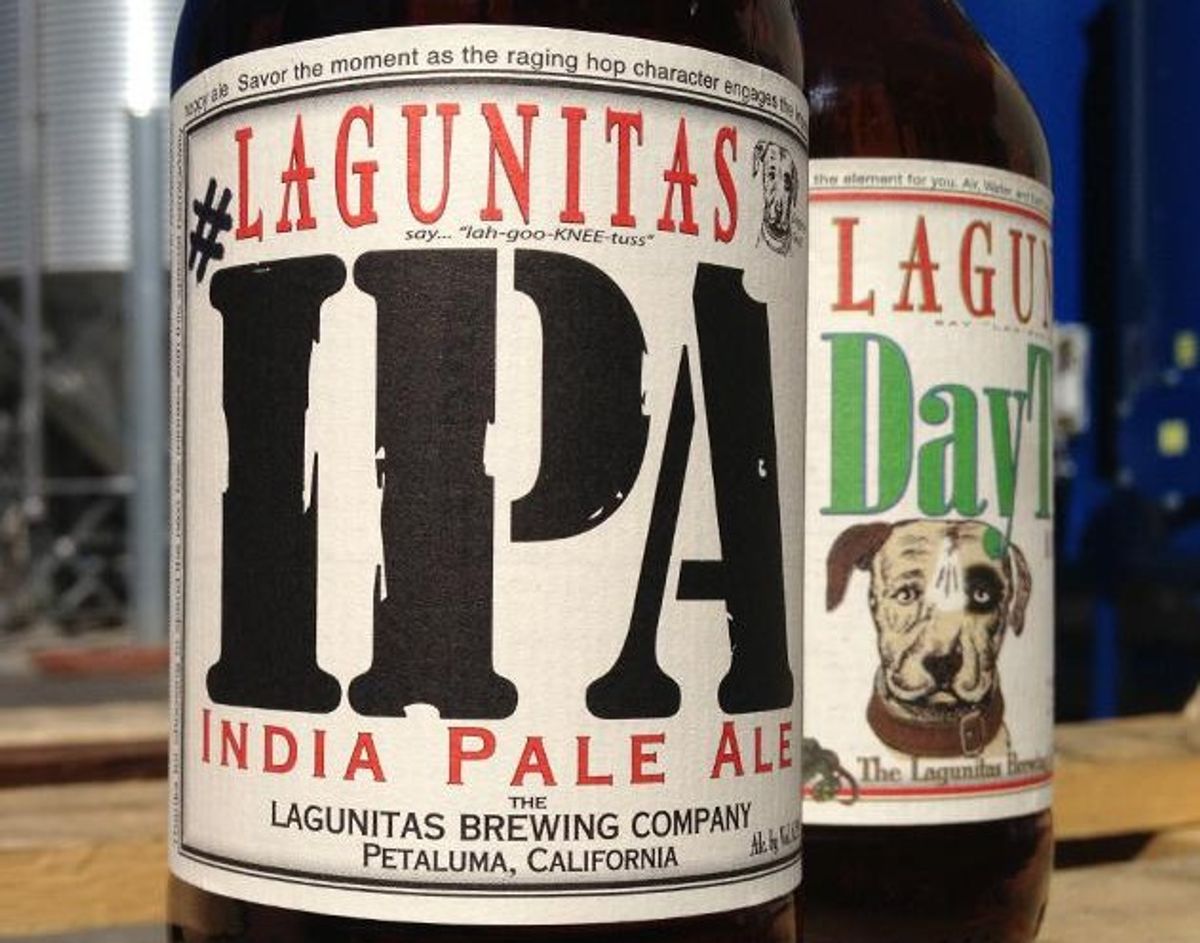 In the face of California's ongoing and devastating drought, the No. 1 thing we should be concerned about is drinking water. Then, agriculture. Less dire, but still concerning: what the water shortage will mean for local breweries.

The 110-mile Russian River in Northern California is not only a source of drinking water to half a million people, it's where craft beer from Lagunitas Brewing Co. gets its unique taste. And now it's drying up. NPR reports on the impending crisis:

...in the wake of 2013, the driest year ever recorded in California, Lagunitas' owners say they're nervous about shortages that could mean a switch from the river water to not-as-tasty well water.

"If [the county] shifts us over to groundwater, we'd have to sacrifice our nice water supply — that unique, signature, clean Russian River water," says Jeremy Marshall, head brewer at Lagunitas.

The problem with groundwater, he says, is that it's heavy in minerals that don't go well with beer.

"It would be like brewing with Alka-Seltzer," Marshall says.

...Marshall says any off-flavors in the well water might not show through in a malty, bitter beer. However, the minerals could coax undesirable flavors from grainy and hoppy styles.

"A beer that might normally taste crisp and refreshing could have an astringent taste — kind of planky, like Popsicle stick," Marshall says.

As with wine -- which is also suffering -- now may be the time to stock up. Just be sure to pour one out for California.