Cheap labor and subsidies have created an unsustainable bubble. We need fewer indie films, not more 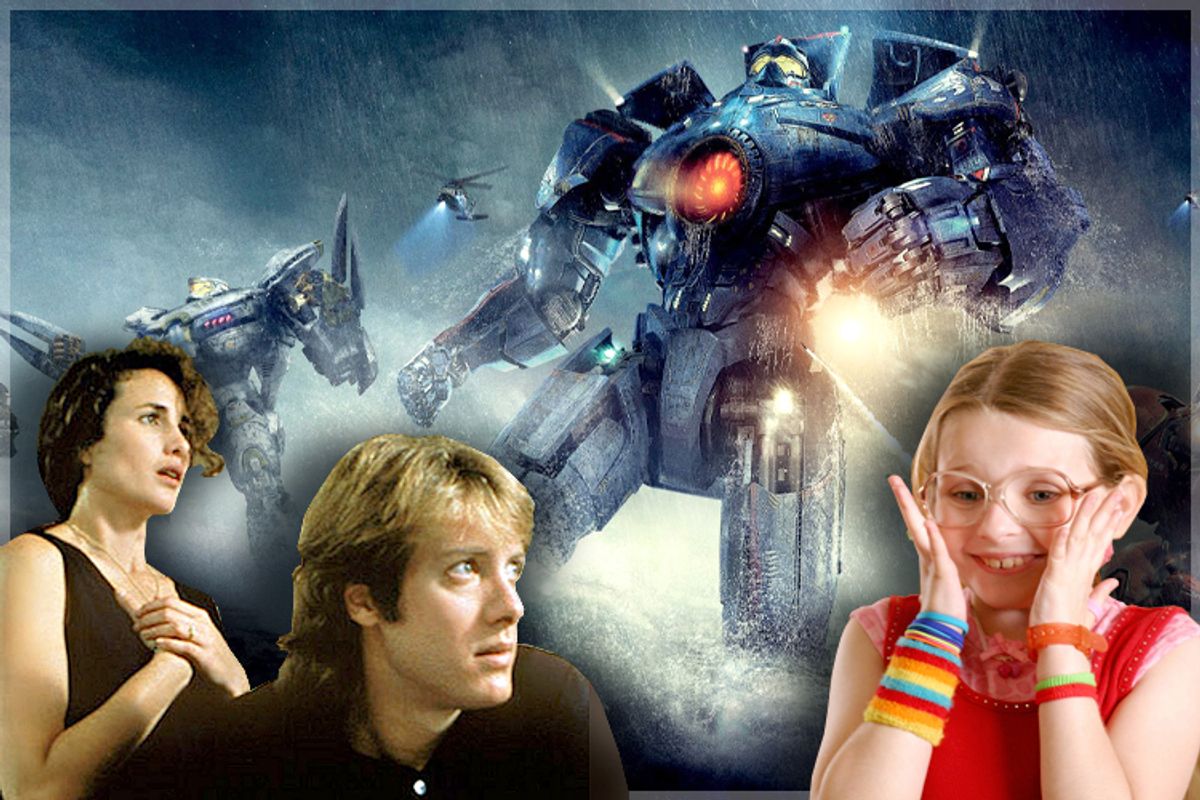 The indie film industry is cannibalizing itself. Manohla Dargis is right – there are too many films in the ecosystem. And this oversupply didn’t just happen. John Sloss warned back in 2007 that the industry’s problem was not a shortage of films, but a shortage of eyeballs (Mark Gill issued a related warning in 2008). But the industry’s response to this warning has been to make more films. This is creating an economically valueless cycle where unprecedented “cheap” money is flowing into the industry and films are being made at their highest rate ever. Meanwhile the percentage of indie films (let’s say films made for less than $5 million outside of the studio system) that are financially successful has not increased, and the amount of money people make from these films has actually decreased.

Many in the industry still refuse to acknowledge that film is subject to the economic laws of supply and demand. The hard truth is that it is, and ignoring that fact won’t make it go away. All industries have to adapt to stay relevant and viable, and film is no exception. That is especially true in the U.S. where, unlike some other countries, the government doesn’t fund production as a cultural initiative. And if the challenges in the industry are not addressed, everyone in it stands to lose.

While money has continued to flow into production these days, the majority of it goes to feeding crews, renting equipment, securing locations, color-correcting, etc. The sad reality is that (as Ted Hope recently pointed out) money isn’t flowing to the back end of indie films anymore, and the people who work on indie films are almost always underpaid, if they are even paid at all. But diminishing pay is only one component of a much larger overall problem.

Filmmakers, hoping to retain creative freedom while freeing themselves from the obligation to pay investors back, are increasingly relying on “crowdfunding" to finance their films, via platforms like Kickstarter. Once the money is raised, producers then try to qualify for tax credits, which (more often than not) they will either sell to third parties (at a discount) to raise additional funds or use to help subsidize a likely overall loss on the film. And, when production finally starts, producers will stretch every dollar they can, which means crews will be asked to do a lot for very little -- creating a norm where people are paid about $100 a day for 12+ hours of work. After a few weeks of work, these newly unemployed crewmembers (if they cannot find new work) can end up in a cycle of going on and off unemployment. And when the film is finally finished, the vast majority of filmmakers will not attract “viable” distribution for their films, as distributors with the money to support indies continue to check out of the indie business.

This is the current state of independent film. And anyone who says we need more of this, without offering any solution to make it better, is part of the problem.

There's an old indie adage that there can never be too much art. I can’t count the number of times I’ve heard, “No one says that there are too many paintings.” This is true -- because paintings aren't films. They don’t cost millions (or hundreds of thousands) of dollars to produce, nor do they rely on the labor of others to get made. So comparing film and paintings is a false equivalence -- and it really is time to have an honest conversation about film.

At a time when studios are reducing the number of films they release each year, why does the number of indies keep increasing? Tim Wu recently argued that “making lots of films to yield a few hits is not dangerous to independent film but exactly how independent film sustains itself.” How “exactly” does that work? If a constant state of oversupply isn’t sustainable in any other industry, how is it somehow sustainable in film?

In the last 15 years, the U.S. alone has seen nearly 7,000 film festivals. Last year, more than 1,500 films were released in U.S. theaters. If you generously assume 20% of all films receive theatrical distribution, this means about 7,500 films were made last year. However, on average, people go to the movies only about six times a year, and watch fewer than 100 movies a year (with 90% of those coming from studios). Knowing this, many will still advocate for more indie films. Why? Why do so many in the industry ignore demand?

The answer may lie in the fact the entire indie film industry – excluding filmmakers – is built on supply. This industry includes film festivals, film schools, crowdfunding sites, film festival submission aggregators, video-on-demand distributors, etc. – all apparatuses that have a vested interest in encouraging filmmakers to keep making films, demand for those films be damned.

That is no easy feat. If there were a magic formula, then we’d see more films being more successful and more film industry employees making living wages. The big question facing the industry is how to generate and sustain economic value -- without sacrificing artistic value -- in an industry where steadily shrinking profits are privatized while growing costs/losses are increasingly socialized.

Perhaps the answer lies in film institutes and filmmaking organizations collaborating to establish a network of talent labs/incubators where talent is developed in-house, the majority of top film festivals' admissions are films developed within the network, and top distributors commit to purchasing movies made in the network. Perhaps it lies in top film festivals developing an accreditation system or trade union, discouraging the existence of festivals that do little more than collect submission fees and dole out digital laurels like candy. Perhaps it lies in top film institutions refocusing filmmakers on development -- placing an emphasis on screenwriting, talent labs and a return to making short films. Perhaps it lies in updated vertical integration models inspired by the old studio system -- say what you will about the old system, but everyone working within it got paid and lots of great films got made. And perhaps none of these suggestions hold the answer, but we need ideas because, whatever the answer is, it can’t simply be to unquestioningly make more features.

Mark Duplass recently touched on the industry’s resemblance to Reaganomics. Supply-side economics brought about the age of Wal-Mart -- an abundance of poor-quality goods in the name of “competition.” Cheap technology, cheap products and cheap labor allowed the company’s owners to nickel and dime their way to billions while steering employees to seek public assistance in order to supplement wages the company refused to pay them. Sound familiar? While the indie film industry is not Wal-Mart, the process of production (and its end result) is growing similar over time. And this should give anyone who cares about the industry cause for concern.

Of course, film is about more than economics. Film is art, hopes, dreams, laughter, understanding and human stories. In so many ways, film is priceless. So considering ways to boost the economic value of the industry shouldn't be about suppressing voices, nor would it be helpful to approach this issue by blindly limiting the number of films made. A better approach would be to find ways the industry can work together to maximize the chances of producing quality films and connect these films to eager audiences – an approach focusing on quality over quantity and combatting the culture of “just get it made,” with a culture of “get it seen.” Finding ways to maximize the value of, say, 100 films will be better for the industry overall than producing 10,000 films.

The industry is challenging and fun, but just because we enjoy it doesn’t mean it shouldn’t also be viable and healthy. While films like "The Hunger Games" and "Inglourious Basterds" are often counted as “indies” (which inflates indie box office numbers), a more accurate representation of the health of the industry would be to look at the median performances of unrated films. Without documentaries and Bollywood blockbusters, the performance of indie films is quite bleak, especially given the number of indie films released. The same is true for video-on-demand. If, like the box office, studio fare accounts for the 90% of the market, that means indies generated about $125 million on VOD last year. Indies that went straight to VOD, along with those that were theatrically released, are all vying for that pot. The truth is that the vast majority of indies are lucky if they can earn $25,000 on VOD. Something has to change.

No one should fear an industry that produces fewer films, as fewer films will only make the industry stronger – boosting healthy competition for available resources and available eyeballs. Ironically, the filmmakers that Wu worries might never have been discovered if fewer films were made – Quentin Tarantino, Darren Aronofsky, Kevin Smith, Kelly Reichardt, Lisa Cholodenko, Noah Baumbach, Nicole Holofcener, Wes Anderson, Christopher Nolan, Steven Soderbergh, Greg Mottola, Richard Linklater, Todd Haynes, and Jim Jarmusch -- were all discovered at times when there were actually fewer films being produced than there are today (the year "Reservoir Dogs" was released, about 250 films were theatrically released in the U.S., compared to 1,500 films released last year). An industry with fewer films may have allowed these great talents to get the attention and support they deserved, and given them a better chance to shine.