Just say no to college! Why it's the worst decision a young American can make

For today's grads, a job is no sure thing, but decades of debt may be. And don't get me started on the "education" 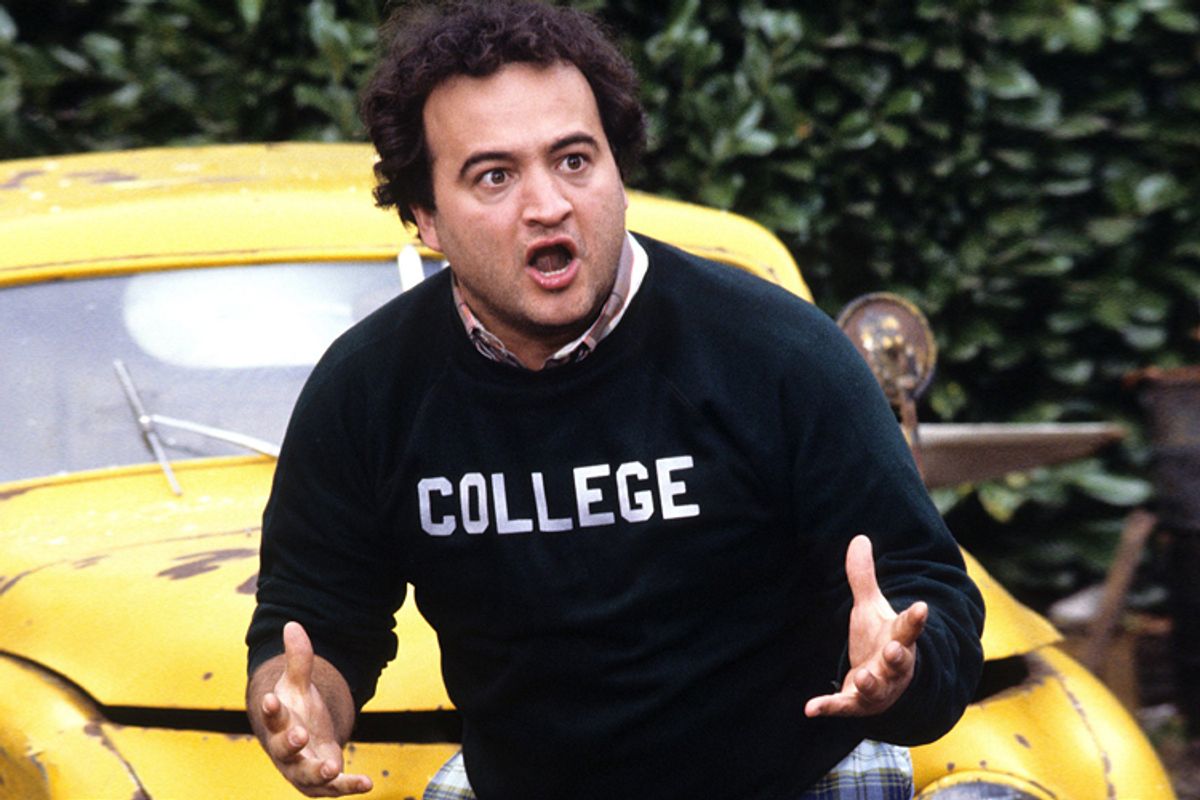 Each autumn, millions of young Americans parade into colleges with cheap plastic furniture in tow, expecting their work over the next four years to result in a career worth going into debt for. Instead, they jeopardize their futures. There’s not a worse decision a young American can make than attending college sans parental money or massive scholarship.

Let’s start off with the basics. In 2012, 71 percent of all students who graduated accrued some amount of student loan debt, with the average amount of debt soaring to $29,400. More than half of student loans officially became delinquent or in deferral in 2013. New information indicates this trend will only worsen; recent college graduates face the worst unemployment rate in more than 20 years, as well as severe underemployment, with 44 percent of grads saying they could find work but not enough of it. Not even the vaunted STEM fields are immune from the perils of cheap labor, smartsizing, and the Great Recession.

Here’s where college apologists will say debt used to acquire a degree is “good debt” since it ultimately pays off in the end — both because the degree will land you a job and provide “intellectual enrichment” and “critical thinking” and other impossible to quantify, dubious buzzwords used in college marketing pamphlets across the country.

This baby boomer-esque sentiment is garbage.

First of all, there’s a decent chance that students will be indebted forever. Tuition is increasing so much it’s outpacing inflation. That money isn’t even going into educating the students and/or providing them with highly valuable internships during school or jobs after graduation. Instead, much of the tuition dollars are being funneled into administrator salaries, as well as salaries for coaches and athletic directors and other sports-related nonsense. Tuition dollars are also crucial in providing amenities that are absent in some 5-star hotels. Yet colleges across the country are sporting these luxuries, things like mega-gyms, gourmet eateries, washing machines that make the Curiosity rover look like an obsolescent tin can, and more. Colleges are spending money on salaries and sales gimmicks, not on what matters. “Hey, kids! Come to our college; we’re Club Med. Oh and yeah there are some courses but that’s not important.”

It’s no wonder that in 2011, a Chronicle of Higher Education study found that “large numbers of U.S. college students can be accurately described as academically adrift. They might graduate, but they are failing to develop the higher-order cognitive skills that it is widely assumed college students should master.” To put it in less pedantic language, students are paying tens of thousands of dollars for a degree and walking away equally empty-headed as they were when they graduated high school, straight-A's notwithstanding. The degree, which failed to get them a job, failed to educate them as well.

More proof: In September 2013, a report by a Washington-based think tank concluded that “many accredited public and nonprofit colleges and universities fail even basic tests of quality, yet remain accredited” due to the bureaucratically bloated accreditation process.

But people know this now! College is reforming; it’ll all be OK!

True, like winter, reforms are coming. Higher education still hasn’t plummeted to its nadir. Universities are ripping out their own guts. They’re slashing programs in history, economics and physics in an "Idiocracy"-like display of irony and embarrassment. Colleges are eschewing their very purpose — to educate people — so they can attempt to become finishing schools for yuppies or discount degree mills. At a glance, trimming the fat and emphasizing coursework that builds “marketable” skills sounds like the proper solution. The professoriat disagrees. One Boston College professor referred to this process as “creating Walmarts of higher education — convenient, cheap, and second-rate.” And the price-cutting at many colleges is naught but an older-than-dirt sales tactic used to manipulate degree-seekers into thinking they’re getting a good deal when they’re getting shafted. Degrees are becoming intellectual and professional fast food, only pumped with worthless “life skill” coursework and barely (or non) paying internships instead of carcinogenic preservatives. In 2014, a degree means you can do work totally unrelated to your "education," like answering phones or operating a cash register.

All this horror awaits if you succeed at college and get your degree in four years. Your fate is worse if you attend but then decide academia, even at its lowest level, isn’t for you. Failing to jump through the hoops carries a steep price of debt and unemployment; more than half of unemployed Americans have attended at least some college.

Attending college might be the worst decision you can make as a young adult in America. You’re paying for nothing that you can’t get elsewhere for less money or free, save for the piece of paper with a con man’s signature on it.