Doxxing Internet babes: "She wanted it"

The latest female victim of online outings: An Olympic volunteer who dared to be attractive in public 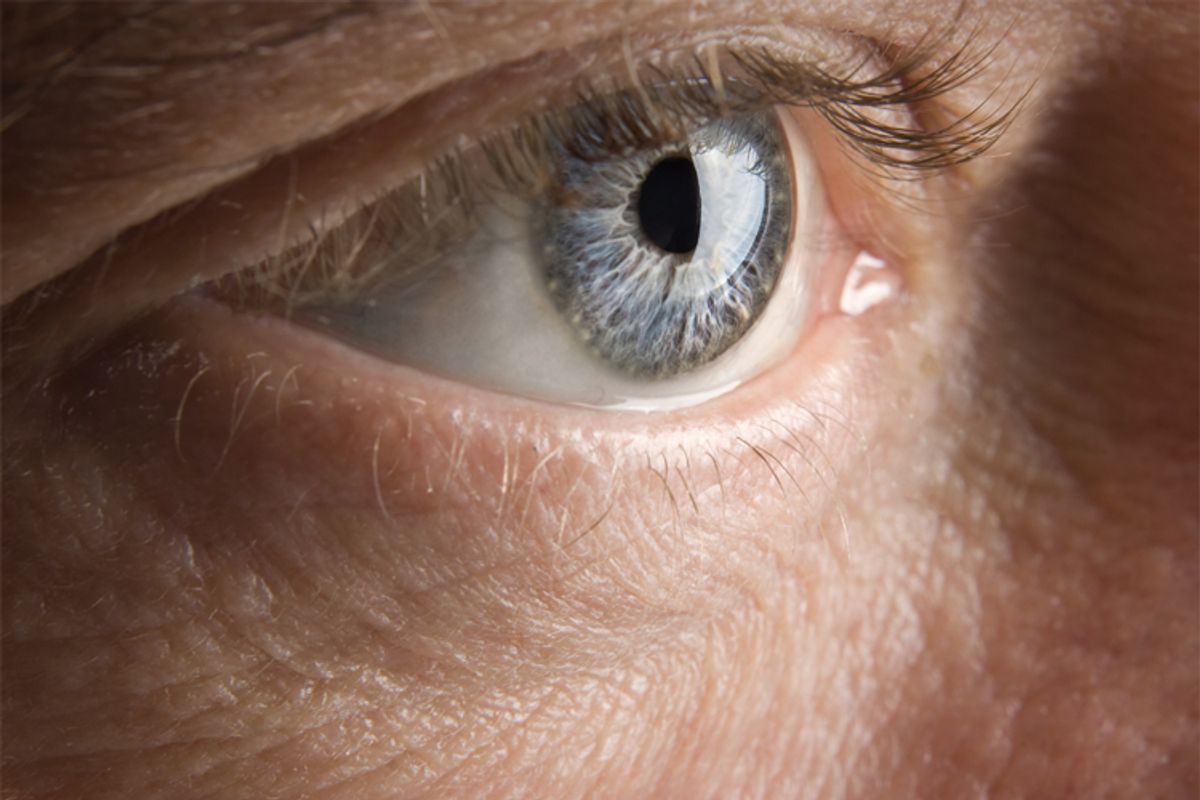 The photograph shows an attractive Olympic volunteer blissfully soaking in the sun in Sochi against a backdrop of snow. Her shirt is folded up, revealing a taut stomach, and her bright blue snow pants are pushed halfway up her shins. Eyes closed, she’s leaning against a barrier that reads, “Sochi 2014—Hot. Cool. Yours.” When the photo was posted to Reddit, some took the signage -- namely, that final word of ownership -- a bit too literally.

Before long, a user in the subreddit r/randomsexiness managed to figure out her name, track her down on social media and post a host of personal photographs -- including requisite bikini beach shots -- along with her full name. As can be expected, there were creepy remarks, like this one: “From when her first pic showed up, I knew that chick was looking for this attention.” Most commenters, however, criticized the original poster -- one even complained that the post should be taken down as it violated Reddit’s ban on “doxxing,” the practice of outing someone’s personal information on the Internet.

Doxxing is something the general public has largely become aware of because of the media-grabbing phenomenon of revenge porn -- in which spurned ex-lovers share nudes and link to the woman's social media profiles -- but that's only part of it. Doxxing -- particularly of women who are deemed to be attractive or somehow “looking for this attention” -- is not uncommon on Reddit or 4chan in the least. As the Daily Dot put it, “[S]uch incidents are all too familiar in an online forum where a rule against publishing personal information is disregarded because, hey, she’s hot.” In fact, one redditor responded to the criticism with links to several other women who were recently doxxed after random photos of them showed up on Reddit. See, it’s fine because it happens all the time!

Another notable case of babe-doxxing happened in 2o12. A user by the name “IamTheFapMaster” (in case any elders are reading this, fap means masturbate) was looking at a raunchy photo a woman had anonymously posted on the exhibitionist thread r/gonewild when he recognized something -- not the woman herself, but the background in the photo. It looked a whole lot like the bathroom in his dorm at the University of Central Florida. The photo was then posted to a subreddit for the university and she was ID’d by her fellow students in no time. “She was outed in real life, her pictures downloaded and saved without her consent, likely to reemerge at inopportune times and even worse places on the Internet,” according to the Daily Dot.

When a woman posted a before and after weight loss photo of herself in her underwear, a redditor posted a comment with her name and social media accounts and it was upvoted more than 500 times. The subreddit r/ShitRedditSays, which criticizes comments that are “bigoted, creepy, misogynistic, transphobic, racist, homophobic, or just reeking of unexamined, toxic privilege,” recently called out r/photoplunder, a subreddit devoted to discovering photos in women’s photobucket accounts that are meant to be private. The site comes with the tag line, “They should know better.” As ShitRedditSays points out, many posts link “back to the photobucket account it came from, names and even high schools and colleges, and some of it is searchable to more personal profile information than that. despite this, the mode refuse to check links that may have real names and content info in the titles."

It can spill over into women's real lives, too. A redditor with the username thatonecatlady who had posted to GoneWild wrote, "Some of the guys in my university's dorm found out, and they proceeded to write rude things on the whiteboard outside my room." It can get a lot worse than that. Redditor kwammiz wrote about her experience having her email account hacked and naked images of her, along with her name and address, posted on 4chan. "Men at bars in the (large) town where I live call me slut. Entire threads on 4chan are devoted to finding out which facebook-events I am attending. I recieve multiple emails everyday calling me horrible things. So do my mother, father and little sister. And my dear cousin, who is only 14, had them sent to her as well. I cannot begin to explain the hurt of being called up by a child, wondering why I'm naked in her facebook inbox."

She later wrote: "I have now been diagnosed with post-traumatic stress disorder. Everything triggers me. I am unable to apply for a job (much less write this), read about trauma or female objectification without reducing myself to a convulsing pile on the floor in shame. ... I will never get to choose who sees me naked, I feel like I have been physically torn from my body, and I am floating away."

Even women who have escaped such extreme harassment are made well aware of the potential threat. Wrote surveyexec, “I posted for a while and it was overall a great experience” -- except that one user sent her an email with a link to her Facebook page. “It did freak me out because they refused to tell me who they were and since I never posted a face pic, I couldn't imagine who it could be,” she said. But luckily nothing ever came of the message: “Since I have a family and a good career, I realize in retrospect I probably dodged a bullet there.”

Unlike with the critical response to the Olympic volunteer’s doxxing, women who are outed after anonymously posting nude photos tend to get little sympathy. Often, the attitude is one of, “She was asking for it.” In a thread responding to the UCF student doxx, Robby5566 wrote, “You know what, it sucks being mugged too, but if I'm in the projects fanning myself with money people wouldn't exactly have that much pity for me.”

It is an interesting attitude, given that many redditors were outraged by Gawker’s outing in 2012 of Violentacrez, a troll known for spreading images of nearly-nude minors, non-consensual sexualized close-ups taken in public and, as Adrian Chen put it, issuing “an unending fountain of racism, porn, gore, misogyny, incest, and exotic abominations yet unnamed.” That apparent hypocrisy has not gone entirely unnoticed. In the same thread, Campstar wrote, “A team of redditors end up doxing a young woman just for posting pictures of herself naked on the internet (and totally violating her privacy, the expected behavior of those on the subreddit, and any sense of common decency) and the response is that she shouldn't have been sexually liberated enough to post pictures in the first place? Really? The guy posting non-consensual creeper shots needs to be defended at all costs, and the woman posting pictures of herself just gets what's coming to her when her indiscretions happen here?”

Doxxing is the Internet’s ultimate form of slut-shaming -- and, as this latest case shows, it doesn't just happen to women who have taken a naked photo of themselves. All it requires is being a woman on the Internet. Whether it’s the outing of an unwitting Olympic volunteer or the doxxing of a woman who dares to anonymously volunteer herself as masturbation material, there is a common theme here and it's a sense of sexual entitlement. It’s the belief -- conscious or not -- that women’s bodies, their identities, do not belong to them. It’s the double-edged sword of sexual desirability: You become more of a woman -- but less of a human.