You ruined Neutral Milk Hotel: Nostalgia, millennials and the return of Jeff Mangum

Could my obsessive love for a musician withstand finally seeing him perform live, surrounded by other fans like me? 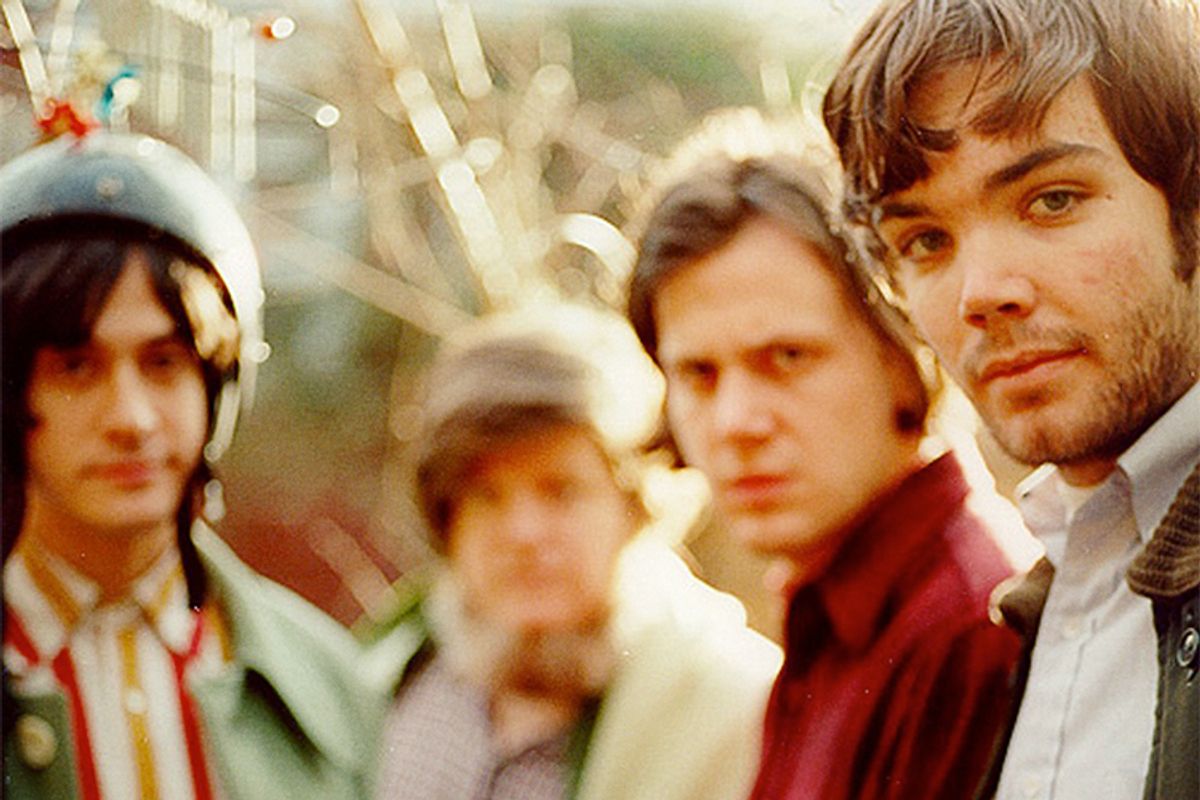 I discovered Neutral Milk Hotel’s "In The Aeroplane Over the Sea" in the spring of 2004, my junior year of high school. I’ve always been drawn to the absurd, the surreal and the nightmarish in art and music, and had been obsessed with Pavement and Sparklehorse since 2003. That spring I must’ve been expounding on those bands at length because, on a drive to Boston with someone I can’t quite remember now, "Aeroplane" was presented to me as the inevitable next step on the path I claimed to be on, which it absolutely was.

The first listen suffused me with the certainty that there’d never been a time when I had existed and those songs had not. Along with a few others from around that time – "Blue Velvet," "Light in August," "Yankee Hotel Foxtrot," "The Wind-up Bird Chronicle" – the album became one of the founding documents of my life. My tendency to impute religious power to works of art I love has mellowed as I’ve moved through my twenties, but the teenage awe I feel for "Aeroplane" is more than nostalgia and I think it always will be.

More so than anything else I can point to, the album holds the power of genuine mythology. It’s not just mythic in scope, theme and reputation; it feels like a body of mythic experience, animated by some original energy from before the Common Era. Whoever or whatever authored the album feels as remote in time and space as the Big Bang, and as omnipresent. I file the fact that it was actually released in 1998 by a guy from Louisiana under the category of things I don’t want to and don’t know how to think about.

I feel the same way now as then, or I did until last month, when I went to see that guy perform those songs in Brooklyn. To see him onstage – brought physically into the world in front of thousands of people he helped to define – was both elating and harrowing, proof that the primordial texts of the world are not yet fixed in the past, and that the diffuse psychic materials that make me who I am can in one night be recalled to their point of origin.

In the first years after that drive to Boston, my worship grew as I listened to the album over and over, on my first iPod, peaking freshman year of college when I got heavily into animation and spent time alone in the studio on a scale I never had before, listening to the album probably 15 times a night, seven nights a week, for a chunk of months.

The next year, 2008, it finally hit me how staggeringly popular the album was within my increasingly well-defined demographic. Naïve as it seems in retrospect, at the time I was appalled to face this reality, like that of a cheating lover, as though the intimacy of my connection to the songs were so intense there should’ve been no way in for anyone else.

As my sense of belonging to this demographic became more constricting, I grew ashamed of it. The word “hipster” entered the parlance. It got to where all I could picture was 30 people standing on a huge table and freaking out when the opening drum crash of “Holland, 1945” came on during a party thrown by the campus’ cautiously debauched literary magazine. Through a kind of paranoid fusion, my reasons for no longer going to those parties and for no longer listening to the album became one and the same.

I shelved it until, at a Brooklyn-esque coffee shop in Cambridge in 2012, I was at the register when “King of Carrot Flowers Pt. 1” came over the soundsystem, for probably the tenth time that day. Seized by an unexpectedly confrontational impulse, I asked the barista, “Oh, this sounds nice, what is it?”

His face went deadly white and his jaw dropped in slo-mo, his eyes widening to take in the full enormity of my breach. The girl at the espresso machine had to reset him with a nudge.

Informing his shock and disgust was, I think, a sense of generational obligation: All of us of a certain type have, or feel we have, a duty to keep Jeff Mangum alive during his long absence; we are all self-elected custodians of his vision. I presented myself in that coffee shop as a weak link, a nonbeliever. Just as the album’s narrator feels for Anne Frank, the barista must’ve felt that Neutral Milk Hotel would drift out of being for good without his emotional and historical vigilance.

Either that or he was just a dick, but it’s how I imagined he felt, which was enough to send me back to the album, vowing never to leave it again.

The fundamental mystery of Jeff Mangum himself, both of what kind of guy he must’ve been to make the album and where he’s gone in the 15 or so years since, has never been separate from my identification with and custodianship of his artifact.

Over the years, I’ve conjured him as both an ever-present astral guide and a total nonentity, some archaic force that was never a real person. He is not, simply put, someone I thought I’d ever see live. Indeed, he’s someone I’d understood precisely in terms of never seeing live, of existing only in sound, as much so as Nick Drake, if not for quite the same reasons.

So seeing him at the Brooklyn Academy of Music, surrounded by a ragtag cohort of devoted sidemen and -women, ranging in age from what looked like 16 to about 75, amounted to the reverse of the “Santa isn’t real” trauma. It was beyond weird; it was grotesque to see this man embodied in a room with all of us, subject to the same conditions we were. I imagined him eating dinner and taking a shit backstage, or someone shooting him or a light falling on his head.

He came out in a baggy multicolor sweater, green military cap and long grey hair and beard, wearing the aura of his absence and sudden reappearance well, somewhere between a sage and a lunatic. When he launched into “Two-Headed Boy,” with no opening remarks, thousands of rapt voices sang along, announcing the fruition of some hipster birthright. I doubt there was anyone in that crowd – a magnified version of the crowd dancing on the table at those college parties – who didn’t know every song by heart. Our voices became both a celebratory chant and a sad wail, the sound of us freeing a ghost we’d cherished all through our teens and twenties.

As one song followed another, each as masterfully performed as the last and no piece of the canon left out, the concert became the ritual of us ceding back to Jeff what we’d allowed ourselves to believe was ours. I left feeling lightened, like part of my personality was gone, and I wondered how much was left.

The beauty of the surreal and the bizarre, when brought forth with as much integrity and sincerity as on "Aeroplane," is to prove that humans are interconnected not only on the general level of traits like anxiety and longing, but on a hyper-specific level as well: lines like “feed you tomatoes and radio wires” and “with wings that ringed around a socket right between her spine” mean something real and fundamental to thousands of us, never mind what.

I couldn’t stand to share my connection to those lines in college, for fear that the meaning I perceived in them would diminish if I allowed others “into that secret place where no one dares to go.” But the fear at the concert was the opposite: not that of too many minds crowding into the secret place, but the fear that we were, like so many idolaters, being exiled en masse upon the return of the Messiah.

I hope that isn’t true. I hope all the lines and notes of the album still mean what they meant when Jeff was only real inside of us. I haven’t, for what it’s worth, tried listening to them since the show. I don’t know when I will. I’m afraid there’ll be nothing there, like a floor I’ll step on and fall straight through. I have faith that "Aeroplane" is a great enough work of art to take this trauma in stride, absorbing it into its warped and pregnant mythos, but I’m not sure I want to put it to that test just yet.