Arizona bill's other outrage: Why anti-gay bigotry is just the beginning

Legalizing discrimination is horrible enough. But a sneaky pro-corporate provision in the bill will also shock you 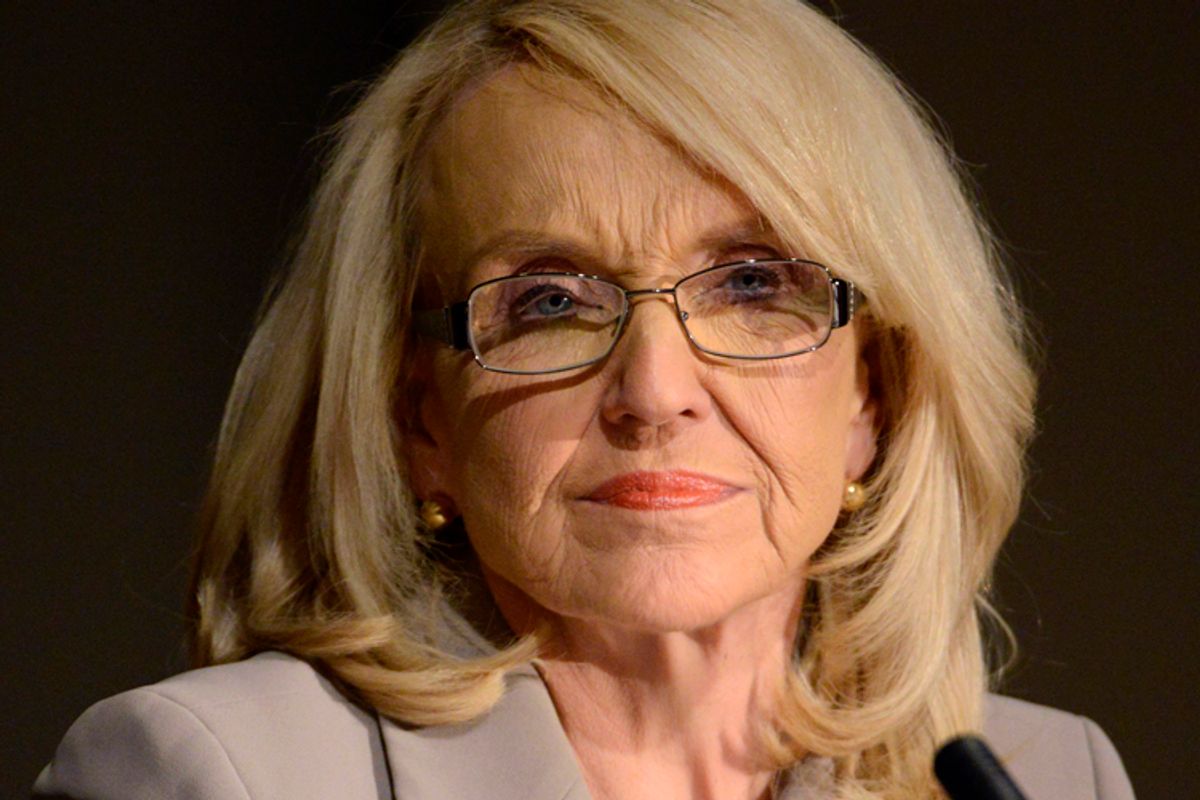 It wouldn’t be a new year if the scornful glare of the American public hadn’t somehow found its way back to Arizona. As of Tuesday, SB 1062 – a law designed to allow businesses in the state to discriminate against LGBT patrons with newfound legal impunity – has passed both houses of the state legislature and is bound for Republican Governor Jan Brewer’s desk. (It remains unclear whether the bill will actually become law – as even Arizona’s Republican Senators, John McCain and Jeff Flake, have weighed in against it.)

So far, the backlash has focused almost exclusively (and justifiably) on the bill’s apparent endorsement of discrimination. Under the cover of protecting individuals from a “substantial burden” on their religious freedom, SB 1062 would allow Arizonans to refuse service to people who were out of line with their sincerely held religious beliefs.

But there’s a second danger lurking in SB 1062. While less shiny an object than legally sanctioned bigotry, it is also treacherous and deserving of serious scrutiny.

From the Arizona State Legislature’s fact sheet on the bill, explaining a key provision:

“[This law would]…expand the definition of person to include any individual, association, partnership, corporation, church, estate, trust, foundation, or other legal entity.”

That means that the right to refuse service to potential clients on religious grounds wouldn’t be newly granted to ostensibly secular businesses on non-profits, but rather that such entities are “protected” under the old First Amendment because they – like individuals – are “people”.

Had they wanted, lawmakers could have gone the other route to enshrine the corporate right to bigotry. They could have created a new legal shield for businesses, explicitly granting them an expanded interpretation of the “right to refuse service to anyone”.

But that’s not what they did. Rather, they used the framework of First Amendment religious freedom to justify the right to refuse service, and specifically referred to “people” as the beneficiaries of this new “protection”. They chose that course because in doing so, it allows this bill to achieve a second, more insidious goal under cover of the headline-grabbing license to discriminate.

Why? The First Amendment rationale was no doubt employed in part to better protect the legislation against legal challenge. A less Constitutionally grounded effort to the same end would more easily fall afoul of strict scrutiny. But it’s larger than that. For decades, conservatives have been advancing the notion that the protections afforded by the Bill of Rights apply not just to “people” in the ordinary sense of the world, but to less traditionally conceived persons, including corporations.

The apex of that effort came in 2010, with the Supreme Court’s Citizens United ruling. By a 5-4 margin, the court declared that corporations were entitled to the same free speech protections as individuals, overturning decades of precedent.

While far less flashy, the personhood provision in SB 1062 was designed to further this effort, granting legal entities another first amendment freedom in the form of religious liberty.

A certain amount of practiced cognitive contortion will allow even a leftist to see how a corporation might be able to “speak.” But the idea that a business – not its owner, not its employees, not its customers or shareholders, but the business itself – can hold sincere religious convictions defies credulity. I’ve just never seen an investment bank get baptized -- but I’d love to take one’s confession.

Over the last four years, progressives have poured enormous time and energy into efforts to overturn or constitutional overrule Citizens United. Those efforts are important, but until they succeed, noticing and combating more subtle laws like this one in Arizona must be the better part of the fight.

This is how the conservative movement carries out its counter-revolution. Like any effort to guide the course of history, high profile victories are only half the game. They must be built upon if they are to truly take hold; they must be made permanent through quiet steps. Real change comes not when an idea ekes out slim triumph in a divided court, but when that idea becomes ingrained into the fabric of society, its logic woven into a thousand unrelated measures. Revolution is complete when it is no longer revolutionary.

Nowhere is this truer than in the American legal system, where the collective gravity of a thousand little precedents can make it impossible to remove a working concept without tearing the whole pyramid of logic down.