Don't remove your ovaries just yet

Headlines urge surgery for women with a cancer gene -- what happened to choice? 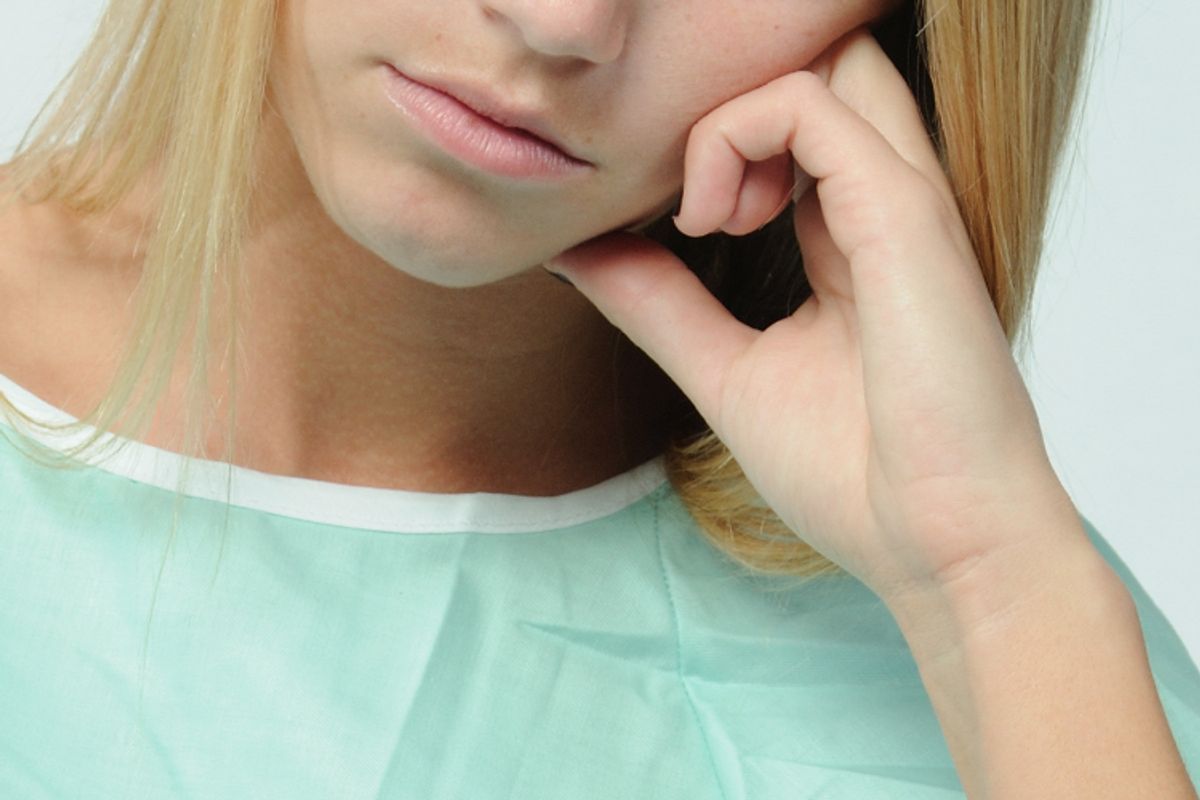 Today in good news that also kind of sucks: The Associated Press reports Tuesday on a way that women who carry potentially deadly cancer genes can vastly improve their odds of never developing the disease. They just need to remove their ovaries. Preferably around age 35. But don't panic! I mean, unless headlines like "Study backs early ovary removal" and "Life saver: Women with cancer gene should remove ovaries by 35" and "Study: Women with BRCA1 mutations should remove ovaries by 35" make you a little panicky.

The risks of developing breast and ovarian cancer for women who carry either of two faulty BRCA genes have long been known. Last year, actress Angelina Jolie made worldwide headlines by revealing that she carries the BRCA1 gene that killed her mother at age 56 – and that she's chosen to undergo a preventative double mastectomy and possible future oophorectomy. Prophylactic procedures like Jolie's have for years now been considered a worthwhile bet to take for long-term survival. A Mayo Clinic report from three years ago noted oophorectomy can cut "breast cancer risk by up to 50 percent in premenopausal women," and "ovarian cancer risk by 80 to 90 percent." But the new study on nearly 5,800 patients with BRCA1 and BRCA2, published Monday in the Journal of Clinical Oncology, is the first to show an apparent correlation between oophorectomy and a decrease in mortality rates.

And for women with the higher-risk BRCA1, the earlier the procedure, the better the odds. "The typical woman with a BRCA1 mutation will benefit to a large extent from an oophorectomy at age 35," says the study's lead researcher, Dr. Steven Narod of the University of Toronto. "And we want to make that a pretty standard recommendation." Dr. Don Dizon of Harvard Medical School adds, "For women with BRCA1 mutations, these results suggest that surgery should be performed as soon as it is practical." Sure, as "Today's" Maggie Fox reports, "Having the ovaries out … throws a young woman into instant and permanent menopause. But the study … suggests it is worth all the awful side effects, which include a likely end to a woman’s childbearing years."

Haven't had all the children you ever hoped or wished for by age 35? Not yet emotionally, financially or otherwise in place to shut down the childbearing option and careen into all the physical and mental changes of menopause? Gosh, no pressure, but I guess you want to die, huh?

See, headlines that scream "Early ovary removal may reduce cancer risk"  and doctors who pronounce oophorectomy as the next "standard" for young, healthy women don't happen in a neat vacuum of women's best interests. They occur in a culture that already pressures women to reproduce and do so as early and efficiently as possible. Just last month, author Tanya Selvaratnam released a book with the self-explanatory title "The Big Lie: Motherhood, Feminism and the Reality of the Biological Clock." For a woman to postpone childbearing until after the magic number of 35 – for whatever compelling reasons she may have – is viewed by many as a selfish, sabotaging act. Now combine that pile of baggage with our national fixation on pushing the lady cancer button -- and a healthcare industry that makes big money on women's deepest fears and on selling us the means of alleviating them -- and you can see where a little skepticism might not be a bad idea.

Life is always a game of playing the odds. As many as 55 to 65 percent of women with a BRCA1 mutation will develop breast cancer, and 39 percent of those with the gene will get ovarian cancer. Those are numbers far above those for women who don't carry the gene. The potential price of a longer, healthier life for those women who carry the gene may well be difficult choices, and making them far earlier than other women have to. That's not easy or fair; it's just the hand some people get. Two of my closest friends are currently in treatment for ovarian cancer, and believe me, I heartily support any woman's choice to take whatever actions are within her power to avoid what they've had to face.

But I also strongly believe healthcare must be a dialogue. I believe that removing your ovaries before 35 -- removing them when you don't have cancer but might at some future time -- isn't like getting a flu shot. It's a big deal, and it should be treated as such. I don't want women's health reduced to sensational headlines, and I am concerned about leaving it to doctors who believe the earliest and most drastic action is the appropriate one for every woman. I want this new information, as with all issues around our reproductive futures, to truly be a matter of personal choice.