Michelle Obama is expected to unveil the major updates Thursday 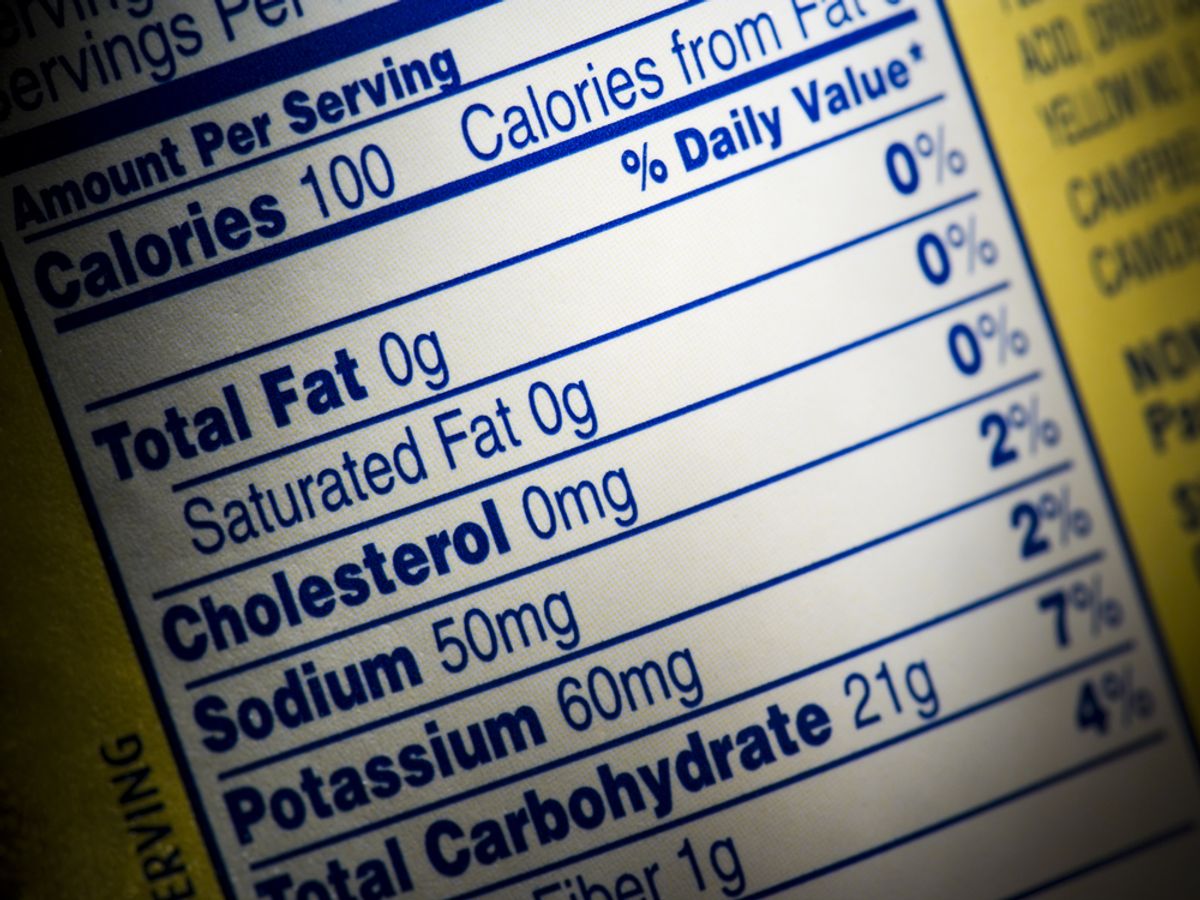 Start placing your bets now for what the FDA's new and improved nutrition labels are going to look like: Politico reports that the White House will be unveiling the changes Thursday, in honor of the fourth anniversary First Lady Michelle Obama's Let's Move! campaign.

The FDA is way behind the times on this: while food science has undergone major changes over the past 21 years, food labels haven't been updated in all that time (barring a few small things, like the labeling of trans fats).

Online summaries of the two proposals sent to the White House for review by the FDA acknowledges that the changes will come at a significant cost to the food industry, but emphasize the importance of the overhaul: "If information on the Nutrition Facts and Supplement Facts label is not updated," it reads, "reference values that serve as the basis for the percent Daily Value will continue to be based on old scientific evidence, and consumers could believe that they are consuming an appropriate amount of nutrients when, in fact, they are not."

The proposals hint at changes that will affect "the reference values, nutrients declared on the label, and...format and appearance of the label." The details, though are being kept tightly under wraps. Updated serving sizes, they also suggest, may be updated to more accurately reflect the amount of food "that can reasonably be consumed" in one sitting. As Walter Willett, the nutrition department chairman at Harvard University’s School of Public Health in Boston, explained to Businessweek: “There wasn’t much supersizing 20 years ago.”

Regardless of what the new labels look like, Regina Hildwine, the senior director of science policy and labeling and standards at the Grocery Manufacturers Association told Politico, the food industry is ready for a fight:

Hildewine said she will be looking for the agency to answer several key questions in the proposals: “What was the matter with the original nutrition facts? Where did it fail? And what evidence does FDA have that this will fix it?”

Food industry attorney Stuart Pape, partner at Patton Boggs, thinks the proposals have the potential to kick up a lot of controversy in Washington, especially if the administration decides to mandate added sugars or if the proposal “blows up” the food industry’s voluntary “Facts Up Front” program, which put calories and other nutrition information in little boxes on the front of packages.