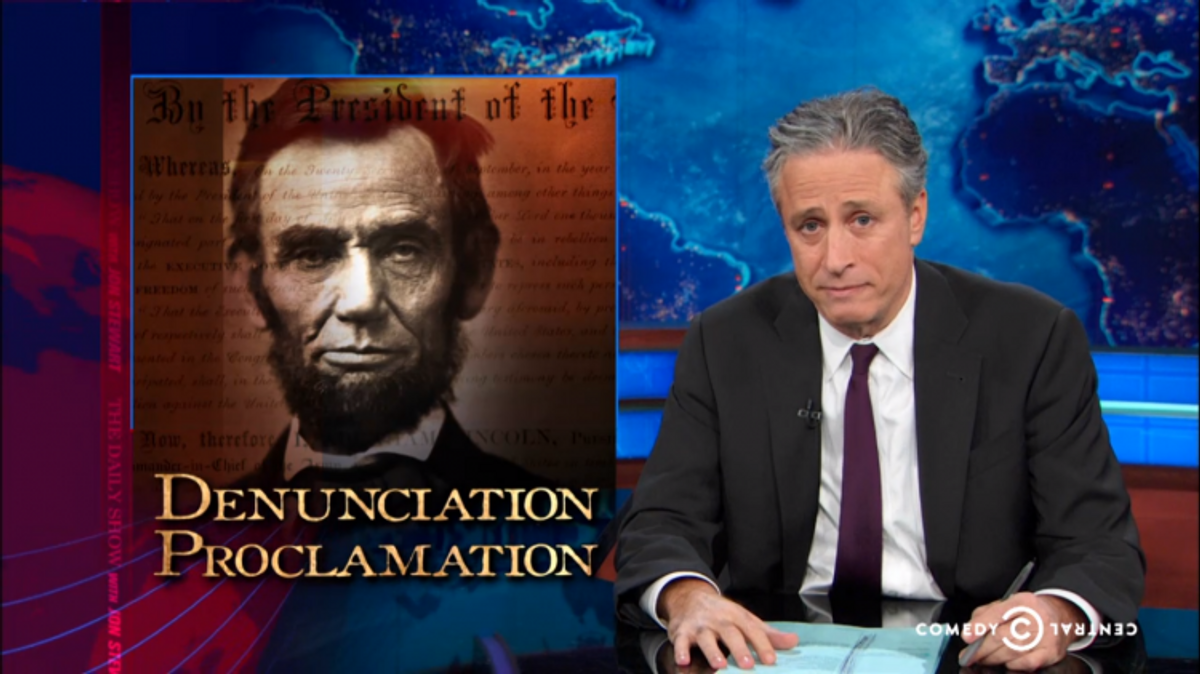 "The Daily Show" had one of its best segments in a while on Monday night, ruthlessly and righteously taking Fox News legal analyst and libertarian Andrew Napolitano to task for using the airwaves to push his clueless and harmful revisionist understanding of the Civil War.

Jon Stewart and "senior black correspondent" Larry Wilmore criticized Napolitano for a Feb. 14 appearance on the Fox Business channel during which he called himself a "contrarian" when it comes to estimating former President Abraham Lincoln's legacy and argued that the Civil War was unnecessary — and may not have even been about slavery, anyway!

"At the time that [Lincoln] was the president of the United States, slavery was dying a natural death all over the Western world," Napolitano said. "Instead of allowing it to die, or helping it to die, or even purchasing the slaves and then freeing them — which would have cost a lot less money than the Civil War cost — Lincoln set about on the most murderous war in American history."

Stewart quickly shred this argument to pieces, noting that Lincoln spent much of 1862 trying (and failing) to convince border states to accept compensatory emancipation as well as the fact that the South's relationship with chattel slavery was fundamentally not just an economic but also a social system, one that it would never willingly abandon.

Soon after, Stewart turned to Wilmore, who noted that the Confederacy was "so committed to slavery that Lincoln didn’t die of natural causes." Wilmore next pointed out that people who "think Lincoln started the Civil War because the North was ready to kill to end slavery" are mistaken. "[T]he truth was," Wilmore said, "the South was ready to die to keep slavery."

Stewart and Wilmore next highlighted that Napolitano doesn't hate all wars, and in fact has a history of praising the Revolutionary War as necessary and just. "So it was heroic to fight for the proposition that all men are created equal, but when there’s a war to enforce that proposition, that’s wack?" Wilmore asked. "You know, there’s something not right when you feel the only black thing worth fighting for is tea."

As the final dagger, Stewart and Wilmore noted that Napolitano has ranted at length on Fox about how taxation is immoral and unjust, prompting Wilmore to elegantly outline the problems with Napolitano-style libertarianism in a single paragraph. Speaking to Napolitano, Wilmore said:

You think it’s immoral for the government to reach into your pocket, rip your money away from its warm home and claim it as its own property, money that used to enjoy unfettered freedom is now conscripted to do whatever its new owner tells it to. Now, I know this is going to be a leap, but you know that sadness and rage you feel about your money? Well, that’s the way some of us feel about people.

Watch the whole segment below, via Comedy Central: