Rather than deny America's cultural shifts, conservatives have a new strategy: exemption from laws that offend them 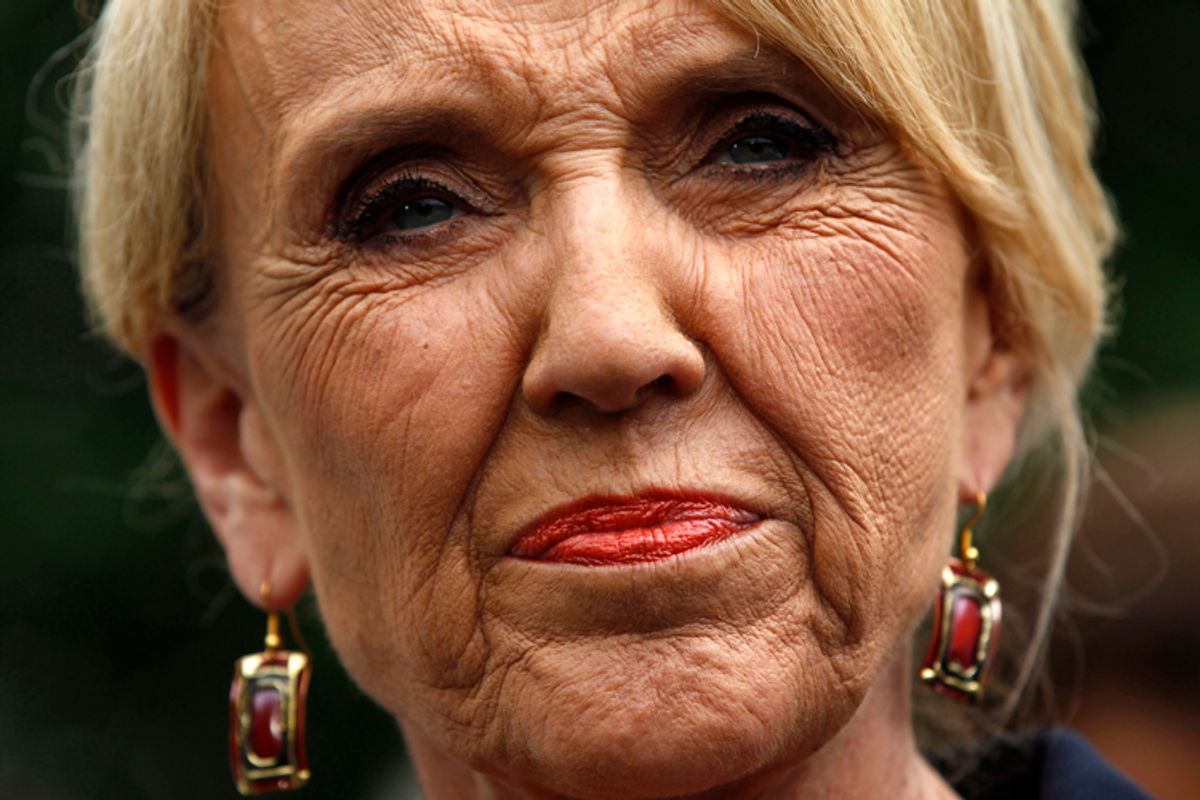 That these tweets came as a nice surprise isn't quite as revealing as the fact that Brewer obviously needs to be pressured by allies to do the right thing and veto the bill, rather than sign it or allow it to become law automatically.

Measures like these have emerged in a number of states out of a wellspring of conservative panic about the country's abrupt legal and cultural evolution into a society that's broadly tolerant of gay people. Rather than deny the shift, or stop at trying to reverse it in legislatures, the courts and at ballot boxes, conservatives are instead attempting to erect a legal architecture that will wall them off from the growing portion of American society that supports equal rights for gay people. The idea is to use their putative religious beliefs to exempt themselves from broadly-applicable laws when those laws reflect a zeitgeist that offends them -- or, as former-Business Insider writer Josh Barro put it, to create "a special new right to discriminate on a particular basis."

The good news is that these efforts aren't exactly flourishing. John McCain hasn't been anyone's idea of an ally to LGBT people….

….and if he's against a bill like this in Arizona, then it stands to reason that Republican statewide officials elsewhere won't be supporting similar measures.

The bad news is that this phenomenon isn't limited to homophobia, and doesn't always masquerade as an exercise of religious freedom. As America grows more liberal, conservatives are retreating into a variety of interlinking, but isolated subcultures and, when necessary, making or manipulating law to insulate themselves from contact with the masses. Like a cultural manifestation of Going Galt. Welcome to white America's waiver society.

We've already belabored the right's parallel argument that religious owners of businesses should be exempt from the Affordable Care Act's contraception mandate. That argument's much more widely accepted on the right than is the recent push for state-based anti-gay "rights" bills, but it's actually identical in construct to the argument that religious individuals and businesses ought to be free to discriminate against gay couples or any number of other people. McCain and Flake may not have thought it all the way through, but if they believe religious business owners should be inherently exempt from certain ACA requirements they have no basis for opposing the Arizona bill other than to argue that it isn't actually necessary.

You can see traces of the same Galtist tendencies among conservatives in states that are resisting the implementation of the Affordable Care Act. It's not just that Republican governors are denying their poorest constituents a paid-for Medicaid expansion, though that will certainly contribute to a tiering in American health care that will insulate the right from the left. It's also that Affordable Care Act private health plan enrollment in conservative states is in general lagging far, far behind enrollment in liberal states.

This isn't just a Healthcare.gov vs non-Healthcare.gov state issue. It's also true among states with federally facilitated exchanges. And there are political and cultural forces behind the trend. Enrollment isn't just discouraged in conservative parts of the country, it's stigmatized. Remember Bette, from the GOP's official State of the Union response? Her problem stems from the fact that she “wouldn’t go on that Obama website at all” -- and she's from relatively liberal Washington state! Perhaps the trend will disappear in the coming years when the penalty for remaining uninsured increases, but for the time being, the denizens of deep red states and districts are disproportionately choosing to incur the penalty than to be associated with a liberal project like national health care.

I see the proliferation of Stand Your Ground laws, and of the consequent "justifiable homicide" surge in those states as a similar epiphenomenon. The tip of the spear protruding from the front lines of white cultural flight, and the literal manifestation of President Obama's controversial observation that some Americans "cling to guns and religion" when confronted with economic and cultural frustration.

That's definitely not to say that conservatives intend to defend their own cultural norms with force, or to foster a mirror-image paranoia about conservatives among liberals. But it does follow that a cultural subset watching its once dominant cosmology recede further and further from the center will also see danger where none exists and want to protect itself.