Why Harold Ramis' "Groundhog Day" is a perfect guide to life

The comedy classic is the late director's greatest legacy 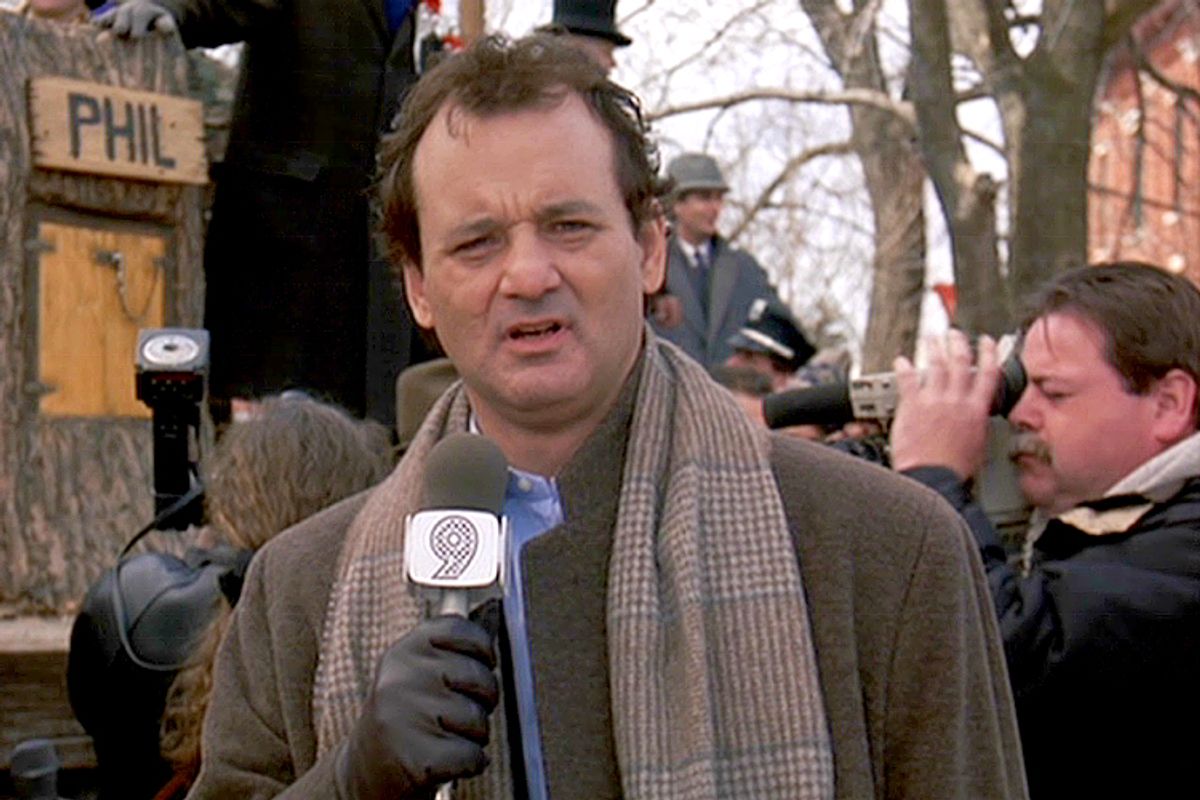 There is no shortage of great comedies for which Harold Ramis, who died on Monday at age 69, will be remembered. Without his contributions, there'd have been no "Animal House," no "Stripes," no "Meatballs," no "Ghostbusters," no "Caddyshack." But even if the writer-director-actor had never participated in any of those breezy, raunchy delights, he'd still remain an indelible part of not just modern movie history but, amazingly, contemporary philosophy as well. Because without Harold Ramis, there'd have been no "Groundhog Day" – that brilliant meditation on the meaning of life disguised as one very funny movie.

"Groundhog Day," which celebrated its 21st birthday earlier this month, is in many ways a clever variation on Dickens' "A Christmas Carol" – and certainly a warmer, more heartfelt version than star Bill Murray's own earlier retelling of the tale in "Scrooged." Here, Murray is Phil Connors, an arrogant, egotistical Pittsburgh weatherman sent to Punxsutawney, Pa., to cover the town's annual rodent-based celebration of springtime prognostication. From the very beginning, Phil clearly hates the assignment, hates the town, and barely tolerates his long-suffering colleagues Rita (Andie MacDowell) and cameraman Larry (Chris Elliott). To make matters worse, when he wakes up the next morning, he finds himself stuck right back where he was 24 hours earlier. Then it happens again. And again. And again, trapping him in a seemingly eternal damnation in which it's forever Groundhog Day in Punxsutawney -- and he's the only one aware of it. As he grimly offers a weather forecast to his viewers that's really a commentary on his own fate, "It's gonna be cold, it's gonna be gray and it's gonna last you for the rest of your life."

What would you do if you suddenly had forever – a forever, by the way, in a small town on a slushy winter day? You might wind up like Phil, who as the film progresses moves from confused to intrigued to despairing to, ultimately, profoundly self-actualized. Long after he tires of seducing the locals and attempting suicide, he rolls up his sleeves and starts making use of his infinite time. He learns French, takes piano lessons and befriends a homeless man. In short, with all the days in the world, he does what plenty of us only say we'd do if we had all the days in the world. But what makes "Groundhog Day" transcendent is that its premise is more than a cute "What if?" gimmick. It's one thing to don a pair of sunglasses and show off one's mastery of a musical instrument; what Phil eventually accomplishes is far deeper. It's only when he earnestly and authentically wins the regard of Rita that he breaks free and resets the clock. It's through human connection that he finally unlocks the meaning of life itself. Phil, in much the manner of his varied compatriots Dorothy Gale, Truman Burbank and Ebenezer Scrooge, redemptively learns the mighty power of an individual's own actions and choices.

Ramis co-wrote, co-produced and directed "Groundhog Day," and the deadpan wit he honed from his earliest days of "SCTV" is all over the movie -- and in Murray's brazen, bewildered performance. But the film isn't on multiple film studies syllabi just for its sly one-liners. Nope, it wound up in the United States National Film Registry for its "deft, innovative script" on "self-growth, redemption and personal rebirth." And earlier this year, it was the subject of yet another examination of its influence as "one of the great philosophical movies" ever made in Philosophy Now magazine -- in a story that put the film in its context of "Nietzsche’s conception of eternal recurrence."

A few weeks ago, writer Anil Dash noted on Twitter, "Every single day I think, 'There is way too much shit I have to do for it all to get done with only 50 years left.' That's normal, right?" That, in a mere few words, sums up the magical allure and the overall wonderfulness of "Groundhog Day." It's a tale that acknowledges the eternal struggle we all wage with time, but also the even greater one we fight with ourselves. It asks, with expansive humor and fun, the most defiant, terrifying question of all. What's holding us back in life? Is it really just the clock?

"Groundhog Day" is an irrepressibly entertaining movie that just happens to also be truly about something. It's effortlessly intellectual, hilariously profound. That's why it sticks, and why Ramis will be so badly missed. We can't always change the world, but we can make it a warmer place for those around us. We have to, if we're ever to become unstuck. That's what Ramis did with his films. It's a legacy worth striving for. And it's a lesson worth relearning again and again, with every sunrise, and every new day.