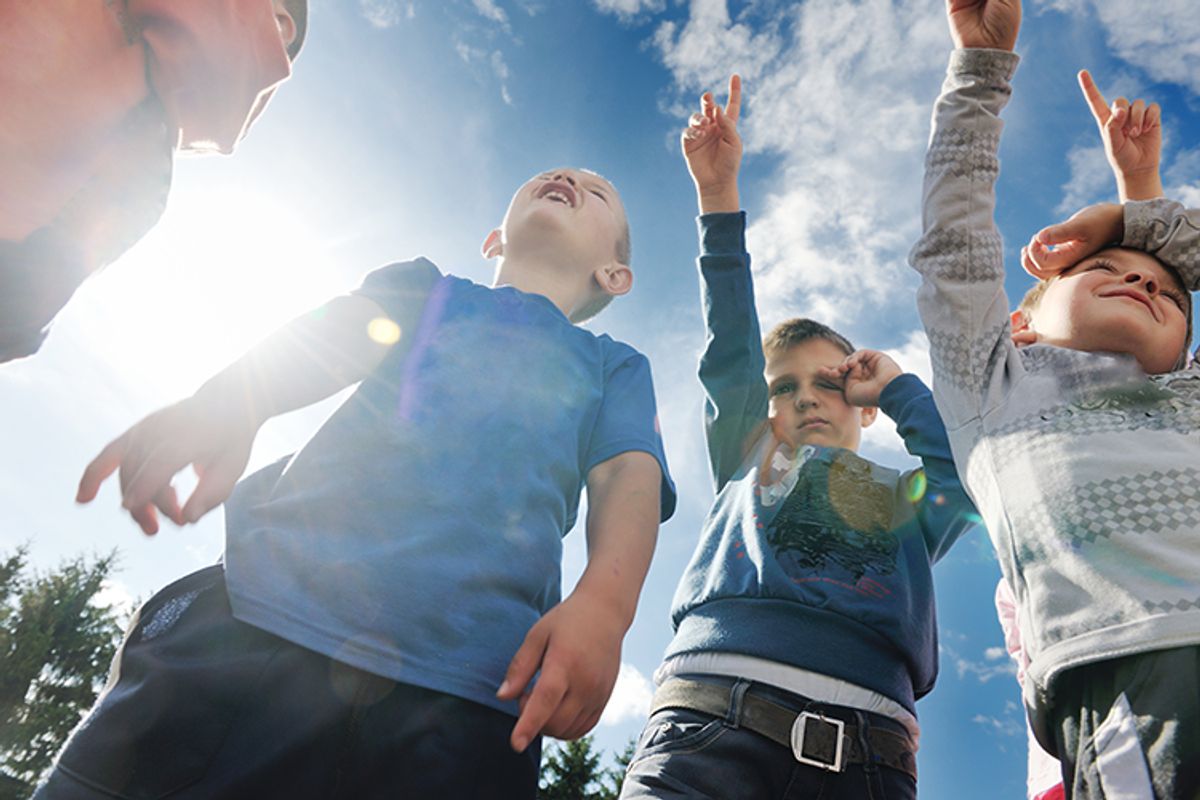 We have now reached the point in our desperately overfed American history in which stemming the tide of obesity for the very youngest members of the population is seen as an accomplishment. And so today we must say: USA! USA! USA!

The news is unquestionably hopeful. As the New York Times reports, the obesity rate among 2- to 5-year-old children over the past decade has plummeted an impressive 43 percent – "the first broad decline in an epidemic that often leads to lifelong struggles with weight and higher risks for cancer, heart disease and stroke." The drop in obesity among the very young is also especially encouraging because, as the Times notes, "children who are overweight or obese at 3 to 5 years old are five times as likely to be overweight or obese as adults." Higher breast-feeding rates, a decline in sugary beverage consumption, and high-level initiatives like Michelle Obama's Let's Move! campaign, and Barack Obama's Healthy, Hunger-Free Kids Act have all helped more kids get better odds for healthy futures. And fast food merchants like Subway and McDonald's have responded to increased public pressure and tweaked their menus in a less fat and sugar-laden direction, while big chain stores like Walgreens have begun offering fresh produce. It gets better.

But before we bust out a celebratory, 300 calories a half-cup carton of Ben & Jerry's,  let's remember that the overall data is still mighty sobering. One in 12 young children is obese – and the rates of obesity among African-American and Latino children can be almost double that. That nice big dip in the childhood obesity rate comes after years of steadily rising rates -- in the past 30 years, the obesity rate among children has doubled. And even with the new data, the obesity rate in a bigger population -- among kids aged 2–19 -- has barely budged, dropping just .02 percent. Over one-third of all children and teens are overweight, and nearly 17 percent of all kids under 19 are currently obese.

The news is even less optimistic for adults. The CDC estimates that more than one-third of Americans are now obese. In 2008, "the estimated annual medical cost of obesity in the U.S. was $147 billion." In 2010, no state in the country met the Healthy People goal to lower its obesity rate to 15 percent. The latest data shows barely any change in obesity rates for any groups other than young children in the past decade.

The size of any individual is not an accurate indicator of that person's overall health. Whether you're 2 or 62, you can be fit and strong within a broad range of sizes. But our alarming overall obesity rate is a fair indicator of a nation that is in a serious crisis. We consume far too much sugar. Nearly 80 percent of us eat fast food at least once a month, and we spend less money on food and cooking than ever. And it's killing us, in rising rates of heart disease and diabetes. Is it any wonder, in such a disordered environment, that we've turned weight loss into a gladiator sport, and our children are facing health problems previously generally reserved for overweight middle-aged people?

Yet despite the near crippling challenges that we face in reversing our course toward an immobilized, "Wall-E"-like future, there is the hope that our kids and grandkids may yet grow up in a world that isn't run by fast food chains and packaged food monoliths, one in which they can run around and play unburdened by shortness of breath and heart problems. And fewer of them may grow up facing a lifetime of struggle with their weight and health – as long as we grown-ups keep the pressure on for schools to provide nutritious food and more unrestricted activity time, for the people who sell us our food to give us better and less processed options, and as long as we parents commit to our own efforts to eat better and move more as well. As Michelle Obama said Tuesday, "We still have a long way to go before we solve this problem once and for all. We can't slow down and we can't turn back now."