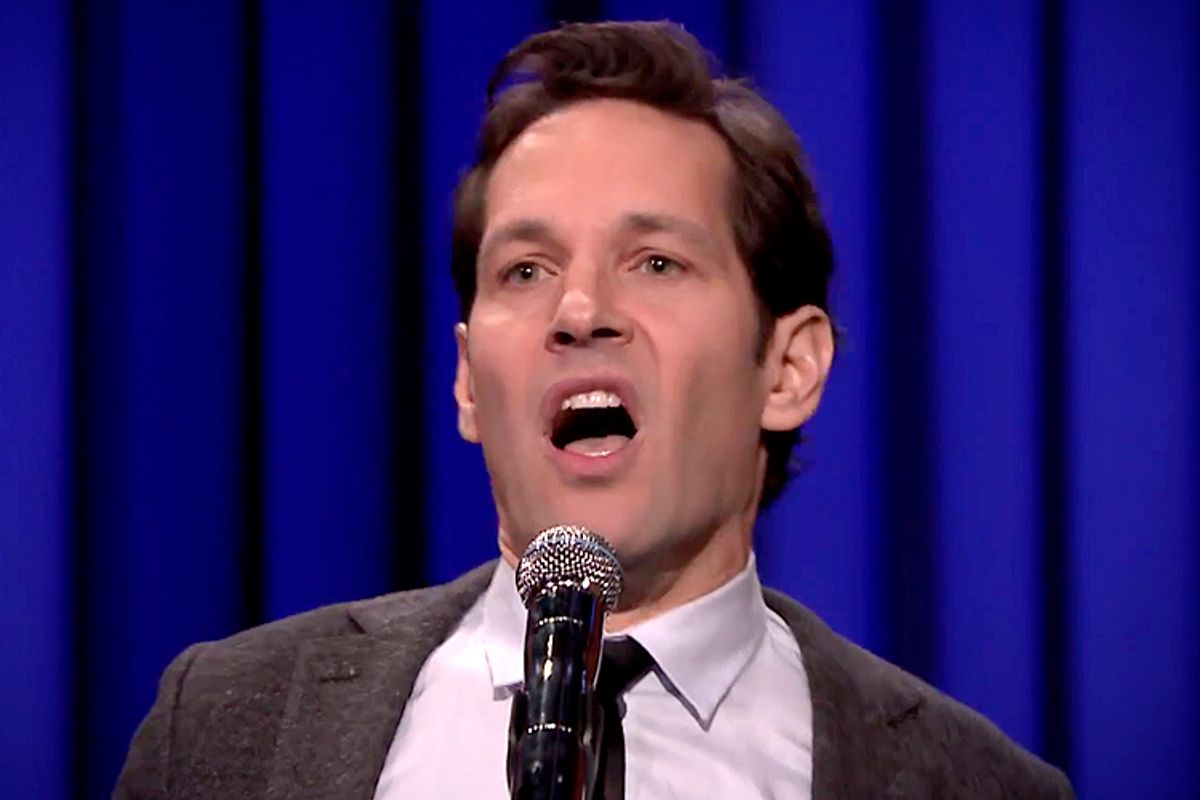 Rudd went first, dancing and mouthing lyrics to Tina Turner's "You Better Be Good to Me," which Fallon challenged with Foreigner's "Jukebox Hero." Though the '80s ballad brought Fallon to his knees, the stage was not quite prepared for what was about to happen next: Rudd's second act, an energetic, hip-thrusting, head-shaking rendition of Queen's "Don't Stop Me Now."

Fallon, who has hosted many-a-lip-sync-offs in his day, was overwhelmed by what he had just witnessed and did what any honorable host would do: conceded.