The celebrity chef tries to restart her career, but she needs to do better 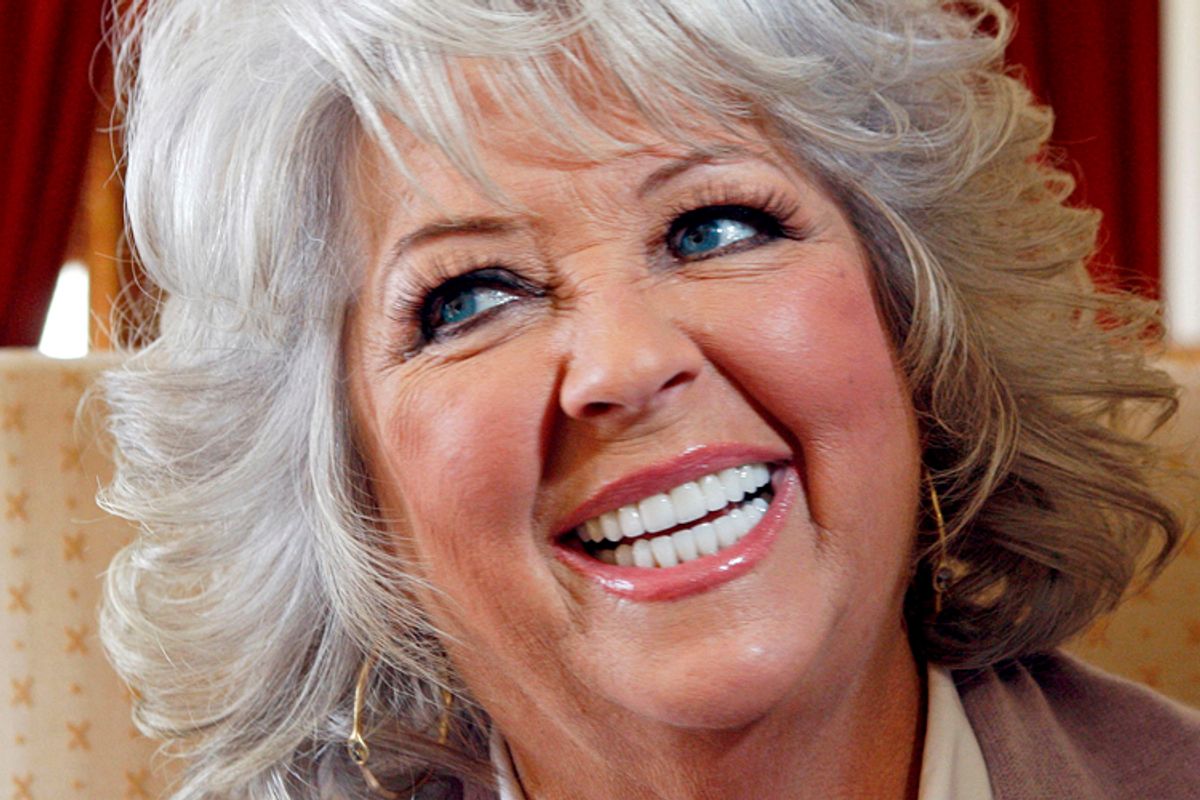 Like the legend of the phoenix, Paula Deen has returned. You remember Paula Deen, right? The celebrity chef who last summer found her career in tatters over a sexual and racial harassment lawsuit and her spectacularly awkward handling of the revelations that "of course" she'd used racial slurs and cast African-American staffers to represent "a certain era in America" for a wedding. In the wake of her mighty flameout, the Food Network dropped her show, her endorsement deals withered and her cookbook deal went kaput. But Paula Deen is a survivor. And if she could get through the ham in the face incident, surely she can stage a comeback after being widely assumed to be an out of touch racist. Let the awkward comeback tour commence.

This week, Deen and her "struggle" have made the cover of People magazine, in a story in which the 67-year-old revealed how she's "fighting to get my name back" after a period "when I woke up each morning, it was like my world was crashing down again." It was a time in which she admits she became "obsessed" with how the public viewed her, making sure she read a positive comment for every negative one she found. "I could not get off the computer except to go to the bathroom and eat," she says, displaying a degree of self-control that plenty of restaurant and public restroom patrons have never mastered. Now, Deen is rebooting her business -- thanks to a deal with investment firm Najafi Companies, a deal worth between $75 million and $100 million. She's just announced her intention to open up a $20 million, 20,000-square-foot new restaurant near Dollywood in Tennessee.

Deen's attempt at a public image revamp has all the elements of a classic comeback. She's presenting herself as wounded and humbled. She says she's "learned a lot" from her experiences, including the "Today" show and YouTube statement fiascos of last summer. "Some people said I never apologized," she says now. "If anyone did not hear me, I want to apologize."

But how much has Deen truly learned? She compares herself to "Duck Dynasty's" Phil Robertson, who late last year found his feet to the fire after making anti-gay remarks in a GQ interview, and Nigella Lawson, who has been embroiled in an ugly divorce and the fraud trial of her former assistants. "My dad always told me, 'Believe half of what you see and none of what you hear,'" says Deen, whose dad was apparently Marvin Gaye. "It's amazing that some people are given passes and some people are crucified," she adds, before landing on the real gem of her insights. "I feel like 'embattled' or 'disgraced' will always follow my name. It's like that black football player who recently came out. He said, 'I just want to be known as a football player. I don't want to be known as a gay football player.' I know exactly what he's saying." Yes, because if there's one person who'd know what it feels like to be "that black football player" who is a gay man, it's the 67-year-old "queen of butter." Oh, Paula. Oh no.

Deen still has legions of fans and supporters, and bless her heart, she's managed to scare up somewhere around a hundred million bucks for her new ventures. That ought to take some of the sting out of the whole "embattled" and "disgraced" thing. But she seems to still be not quite getting the difference between, say, the backlash against someone for making homophobic comments and the struggles of someone living and working in the world while actually being gay. She doesn't have a firm grip on the difference between Nigella Lawson's domestic drama and her own rather spotty record of race relations. And she definitely has all the tone-deafness of a woman who'd refer to someone as "that black football player" instead of perhaps as Michael Sam, which would be his name.

Ultimately, Deen will probably be fine. It's a big country and it's full of people who adore her sassy persona and unabashedly rich food. But if she's looking for validation that she's learned and grown, she may have to try a little harder and evolve a little further. Until then, I'm just going to call her that white chef who used to be on TV.