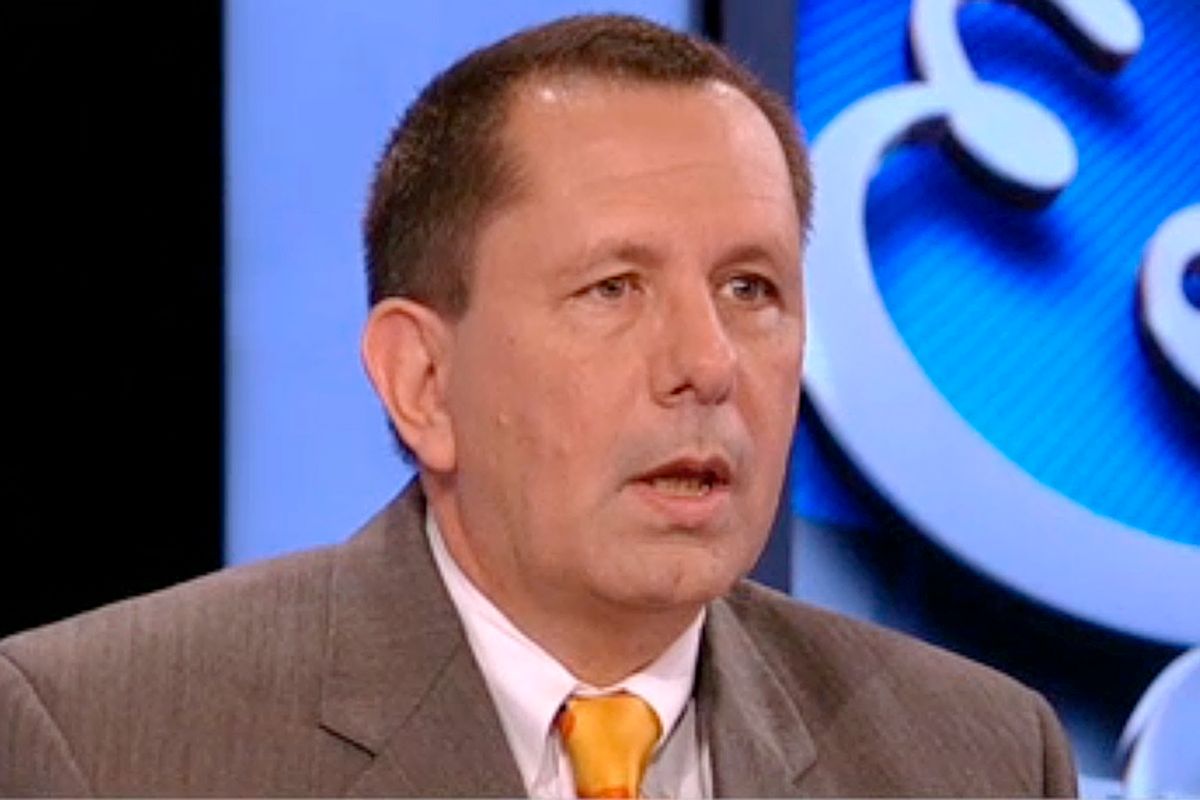 After Arizona's Republican governor Jan Brewer announced her veto of the controversial SB 1062, conservatives around the country were very unhappy.

But none were nearly as unhappy — or unhinged — as Tea Party Nation President Judson Phillips.

In a lengthy rant posted on Tea Party Nation's website on Thursday morning, Phillips accused Brewer of buckling under pressure from "the left and the homosexual lobby" and condemning Arizona to a dystopian future in which LGBT people force God-fearing Arizona cake makers to provide them with penis-themed sweets.

Describing the vetoing of SB 1062 as "tyranny on the march," Phillips writes that opponents of SB 1062 want to enslave its supporters.

"The left and the homosexual lobby are both pushing slavery using the Orwellian concepts of 'tolerance' and 'inclusiveness,'" he warns. He then levels one of the most damning criticisms possible in Republican circles, saying Brewer "proved she was no Ronald Reagan."

Claiming that he was merely copying the left's "absurd hypotheticals," which it uses in order "to scream that there must be compliance with their fascism," Phillips also warned that, without SB 1062, Arizona would soon become a place overrun by the evil of penis cakes.

"Or should a photographer be required to photograph a homosexual wedding where the participants decide they want to be nude or engage in sexual behavior? Would they force a Jewish photographer to work a Klan or Nazi event? How about forcing a Muslim caterer to work a pork barbeque [sic] dinner?"