He calls the Hybrid Air Vehicle a "game change" for aviation 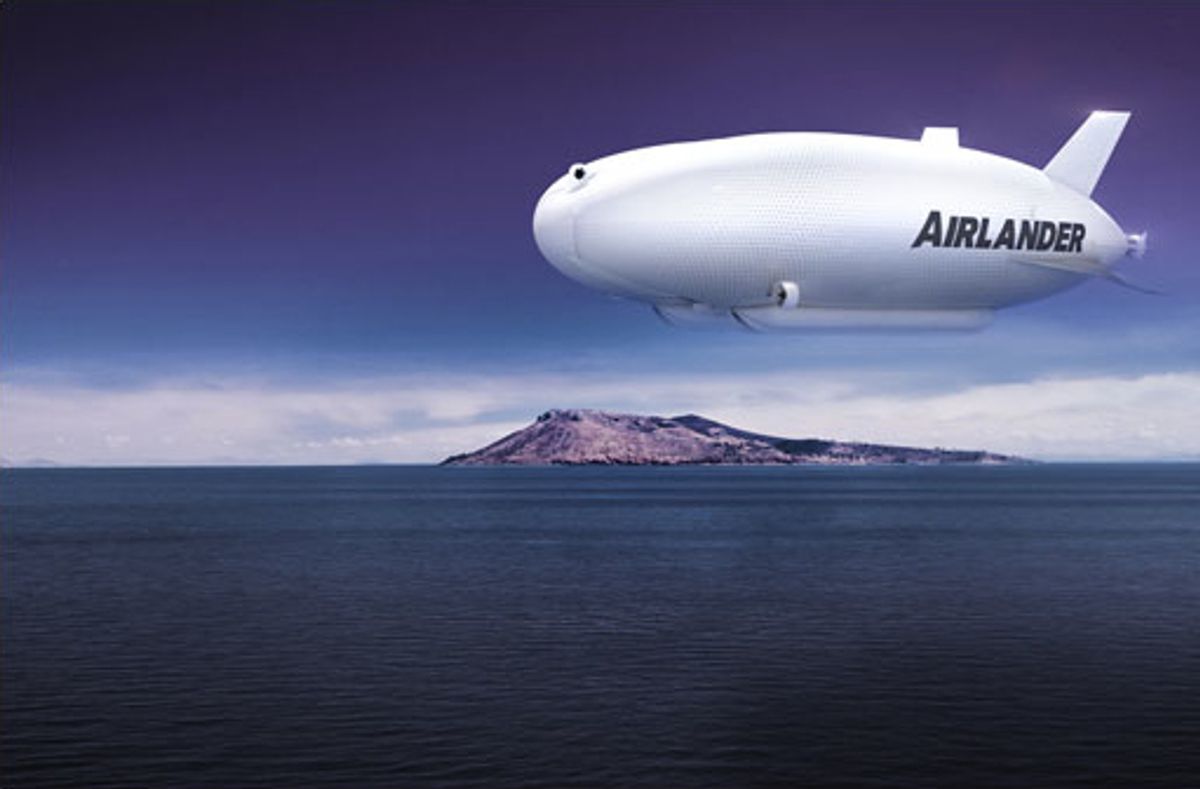 An aerodynamic balloon initially developed by the U.S. military for surveillance purposes, British developers adopted the project when our defense budget was cut. BBC News has more:

It costs about $100m (£60m) and the designers are planning an even bigger version that will eventually be able to carry 50 tonnes at a time.

The company developing it has now received £2.5m of government funding to develop the technology and engineering for the project.

"We are jointly funding £2bn of research and development into the next generation of quieter, more energy efficient and environmentally friendly planes," says Business Secretary Vince Cable.

"That includes backing projects like Hybrid Air Vehicles' innovative low carbon aircraft which can keep us at the cutting edge of new technology.

Because it can easily land on any patch of water, its developers say, the Airlander could be a huge asset in disaster zones. They also see it being used to freight equipment for mining and drilling operations, a slightly less sustainable plan.

Bruce Dickinson, the lead singer of Iron Maiden, calls it a "game changer." And to garner support for the project, he told BBC News, he'll be taking the Airlander on a non-stop trip around the world, twice.

"It seizes my imagination. I want to get in this thing and fly it pole to pole," he said. "We'll fly over the Amazon at 20ft, over some of the world's greatest cities and stream the whole thing on the internet."

Here's what the internet's got so far: