The often overlooked Oscar winners: Innovators behind the scenes

The artistry of movies couldn't exist without their technology, yet they'll only appear briefly at tonight's Oscars 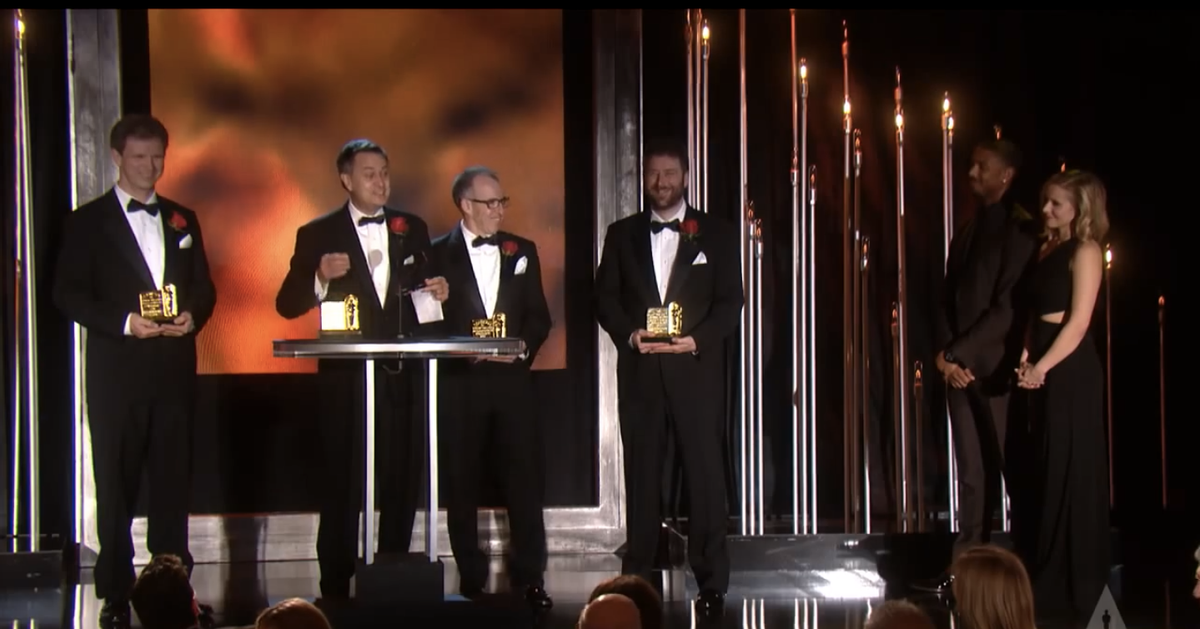 You'd think Oscar winners probably studied some form of acting or theatre arts -- four categories alone are dedicated to the art of embodying a character and bringing it to life.  A film however, is not carried solely on acting merits or directorial brilliance; a great film is the sum of its parts.  It is based not merely on its artistry but its technical precision.

Though they are sequestered in their own ceremony -- saving the glitz and glamour for primetime viewing -- scientists and innovators are some of the most important parts of filmmaking.  Two weeks ago at a ceremony of their own, the Academy of Motion Picture Arts and Science celebrated those who spent their school years studying math and science. On February 15, at the Science and Technical Awards hosted by actors Kristen Bell and Michael B. Jordan, 54 award recipients and 19 technical and scientific achievements were honored as the movie magicians whose scientific prowess bring the arts to life.

These are the men and women who invent new technologies to make a film maker’s vision an audience’s reality.  They created the life-like animation in Life of Pi, the weightless space in Gravity and even a safer air-powered way to flip cars for intense action scenes.

"To the world at large, [art and science] may appear to be two separate disciplines. However, I don't think they are unrelated at all," said Charles “Tad” Marburg, a post-production and distribution executive.  Movies in a sense are the perfect amalgamation.  Marburg received a standing ovation after he was presented the John A. Bonner Medal of Commendation (medallion), which according to the Academy is awarded for "outstanding service and dedication in upholding the high standards of the Academy."

For the first time in the Academy history of the Scientific and Technical Awards, the Award of Merit was given to a large number of individuals whose collective achievements have contributed to the industry.  Unlike the awards we're used to watching on television, scientific and technical achievements do not have to have been invented in the previous year.  The statuette, Presented by "The Dark Knight" writer and director Christopher Nolan, was dedicated to all those who for over a century, built and operated film laboratories dedicated to creating motion pictures.  According to NPR, Nolan described film processors as alchemists who "[turn] silver and plastic into dreams — and not just any kind of dreams, but the kind of dreams you can unspool from a reel and hold in your hand, hold up to the light and see, frozen: magic."

A video from the ceremony is below, and a full list of the awards and recipients can be found here.