Are they all faking it? Behind the scenes at the Oscars

What's happening inside the minds of people who pretend, when we think we're seeing real faces? Science knows! 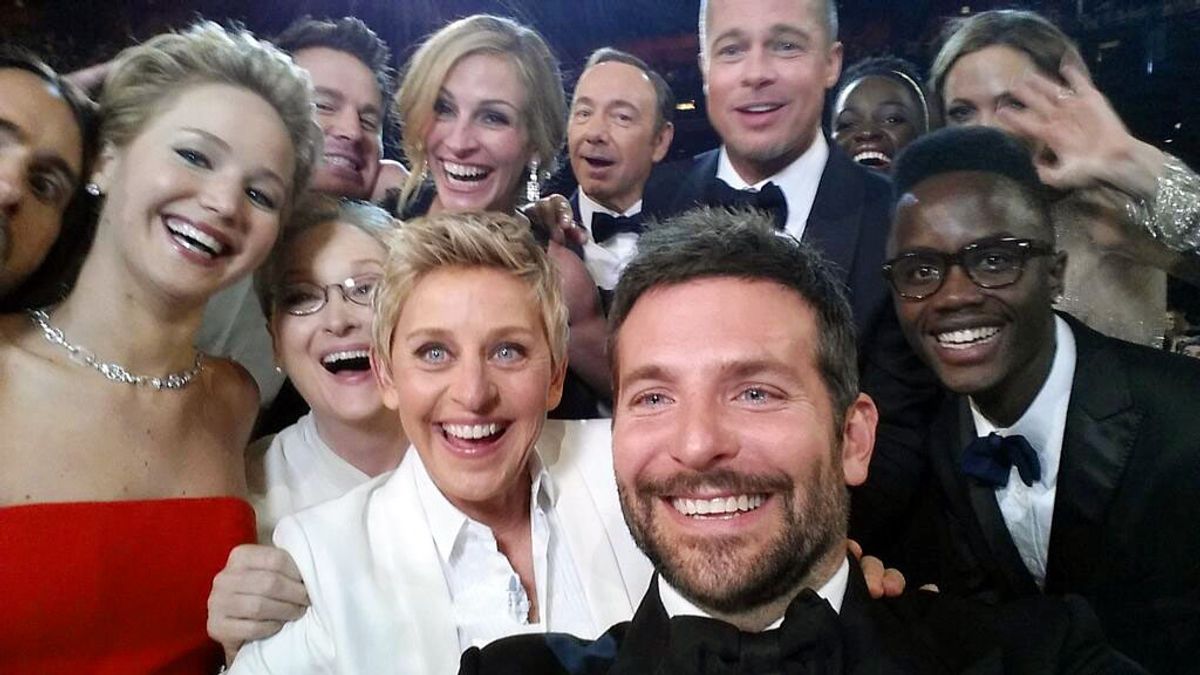 Many of us spent last night watching the Oscars — appreciating Ellen DeGeneres’ lively hosting and catching glimpses of the many actors who entertain us at the movies, appearing for this special night as themselves. We’re intrigued to see the actors apart from their roles — watching their fun as DeGeneres took their pictures to tweet and ordered them pizza. We watched as Lupita Nyong'o, who won best supporting actress ("12 Years a Slave"), thanked her family, her brother and the Yale School of Drama (among others) — and remembered that it was enacting someone else’s pain that had brought her this moment of joy. Matthew McConaughey, who won best actor ("Dallas Buyers Club"), revealed his personal philosophy: that he needed someone to look up to, something to look forward to, and a hero to chase.

The Oscars reward those at the pinnacle of their profession: To receive such an honor, those actors had to engage in a remarkable mental process — to modify their personalities to be someone else on-screen. Of course a few actors of the Outside-In school perform mechanically, donning expressions and using gestures they have studied people using. But most of our actors develop their portrayals from the “inside out” — they have rearranged their mental lives to become a character.

Thalia Goldstein and Paul Bloom of Yale University believe that realistic acting is a human invention and there is nothing in our evolutionary past that explains it. It’s not like pretend play — as when a father enacts a ferocious lion to entertain his children — because it’s more realistic; and it’s not deception — because both actor and audience understand that it’s acting.

When actors create a character from the inside out, they attempt to feel and to think like the characters they’re playing. Think of personality as the overall organization of our mental systems: our motives and emotions, thoughts and knowledge, self-control, and expressions. When actors take on a role, they often alter these parts of themselves, reordering them in profound ways. To do this planfully, they may draw on an intelligence about personality I’ve called “personal intelligence.”

Professors Helga and Tony Noice of Elmhurst College examined how performers learned to enact their characters. According to the Noices, certain actors break down scripts into small sections depending upon their characters’ goals (called “beats”). The Noices examined the notes actors made on their scripts. One actor in their study divided a brief speech by her character into three separate goals that arose in order: first, to flatter another character, next to listen to what the character had to say, and then, to reassure the character. Another actor took one line from Hecht & McArthur’s 1950 play "The Front Page" and drew out clues to the character’s motives and plans on a nearly word-by-word basis. The city’s mayor says to a reporter, “Don’t pester me now, please.” From this, the actor noted that the mayor saw the journalist much like an  attention-seeking child, and added “now” to leave the door open for a conversation later; the mayor also expressed respect for the journalist with his use of “please.” Such clue gathering about personality from a single line of dialogue reflects a creative understanding of how to read character.

Of course, actors are dependent on the writers who plot out what the character does and how the plot proceeds. Some writers concentrate a great deal on developing a character and illustrating how she changes across circumstances in often life-changing ways.

One reason we watch movies (and read fiction) is to learn about the possibilities life holds in store for us and other people. Gossip about real people may be more realistic, but in fiction we can see other people’s lives in a more complete way than we might be able to in real life. One qualification: These fictions are, of course, just that; they are stories that often wrap up neatly at the end (as reflected in the phrase “It’s a wrap”). Real lives are often more complex and less predictable than what we see in the movies — as we sometimes glimpse in Oscar acceptance speeches that may be eloquent, or can go awry in odd ways — understandably so given the drama of winning an award.

Of course, the actors at the Oscars are acting a bit there as well — conforming to various social and professional customs; they know that we’re watching and they usually want to make a good impression — but that’s not so different from the way most of us behave. A key aspect of personality is enacting the roles of our lives among the people who matter to us.

John D. Mayer is the author of "Personal Intelligence: The Power of Personality and How It Affects Our Lives" and a professor of psychology at the University of New Hampshire