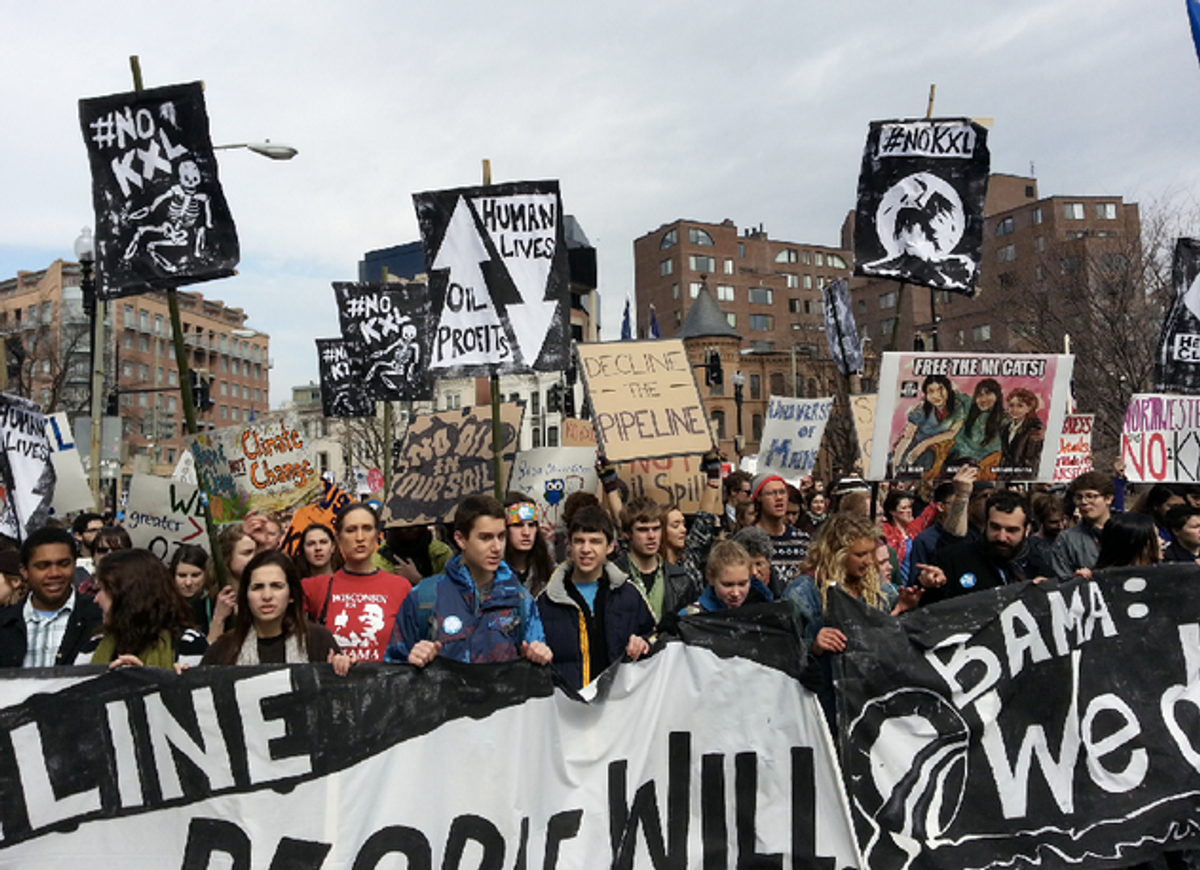 Somewhat lost amid the turmoil abroad and Academy Award fever in the U.S., the White House yesterday was the site of a major student protest against the Keystone XL pipeline. About a thousand people, mainly college students, turned up to urge President Obama not to approve the pipeline, which has become a symbol of the environmental movement against climate change.

Close to 400 of the protesters were arrested after using plastic ties to fasten themselves to White House fences; the exact number of arrests, as 350.org founder Bill McKibben pointed out, was particularly resonant:

"Obama was the first president I voted for, and I want real climate action and a rejection of the Keystone XL pipeline," said Nick Stracco, a senior at Tulane University and one of the organizers of the protest, which called itself XL Dissent. "The people that voted him into office have made it absolutely clear what we want, and that's to reject Keystone XL."

The march began at Georgetown University, the scene of President Obama's climate action speech from last summer, and passed by the home of Secretary John Kerry -- where protesters unfurled a mock oil spill in the street -- before arriving at the White House.

So who wore their picket signs best? Check out inspiring photos from the rally below: