Four years after the Deepwater Horizon disaster, oil is still being discovered 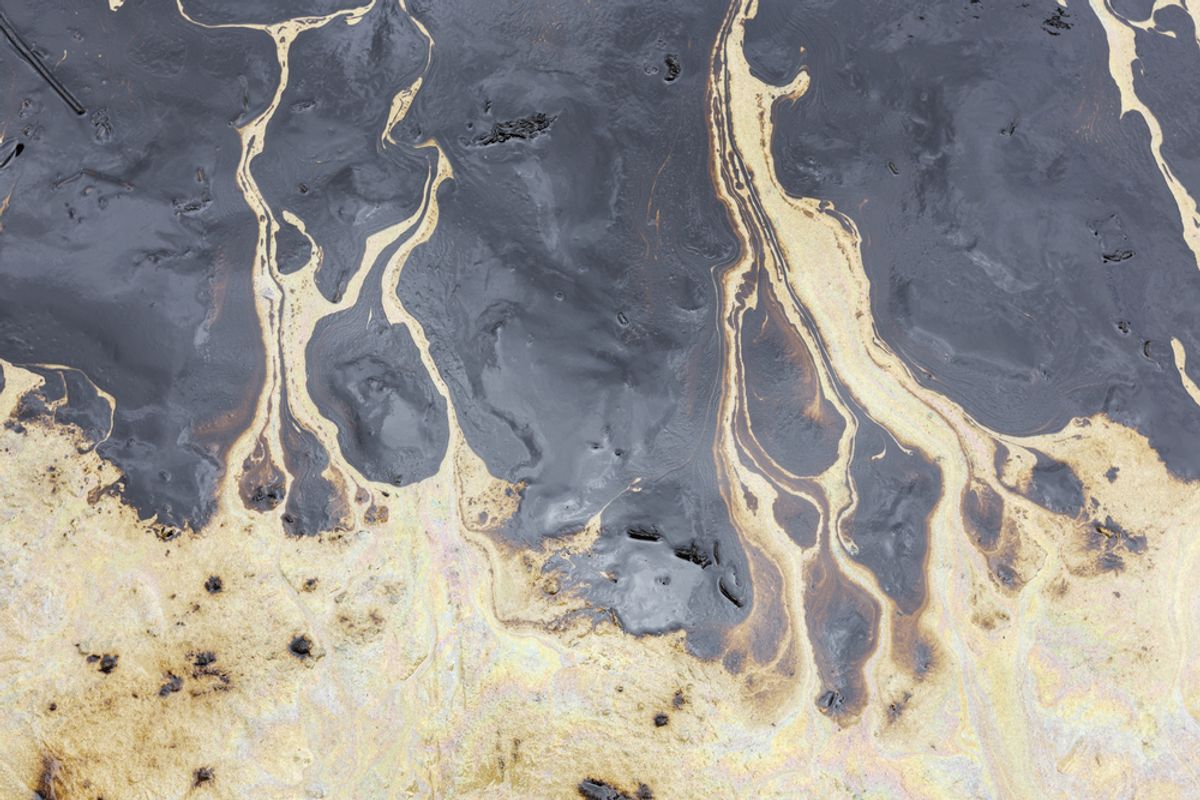 An important reminder that these things never really go away: four years after the Deepwater Horizon explosion dumped over 200 million gallons of crude oil into the Gulf of Mexico, massive amounts of the stuff are still washing ashore. Last week, the Pensacola News Journal reports, a crew from the state Department of Environmental Protection discovered a 1,250-pound mat of tar, sand and water -- measuring 9 feet long and 9 feet wide -- in the surf.

Testing confirmed that the hidden-until-now deposit consisted of MC-252 oil from the 2010 spill.

In its own version of a "Mission Accomplished" fake-out, BP ended its efforts to seek out remaining tar deposits last summer, even as tar balls continued to be discovered near daily on the shores of Alabama, Florida and Mississippi. According to Michael Anderson, a spokesman for the U.S. Coast Guard, they now mostly rely on tourists and local beach-goers to find the toxic deposits.

The Tampa Bay Times has more on the two-day cleanup effort:

Because of its contact with the oil, the whole thing had to be handled as hazardous material. The location posed a bit of a problem for BP's contracted cleanup crews, according to Petty Officer Michael Anderson of the Coast Guard.

BP's contractors aren't allowed to go out in the surf deeper than their knees, he explained. So DEP's two inspectors used their shovels to dig up the lumps of tar and carry them to shore, where the contractors could bag them up for disposal, he said.

Below, the cleanup crew at work: