The Jessica Biel problem: Oscar presenters prove there are no new stars anymore 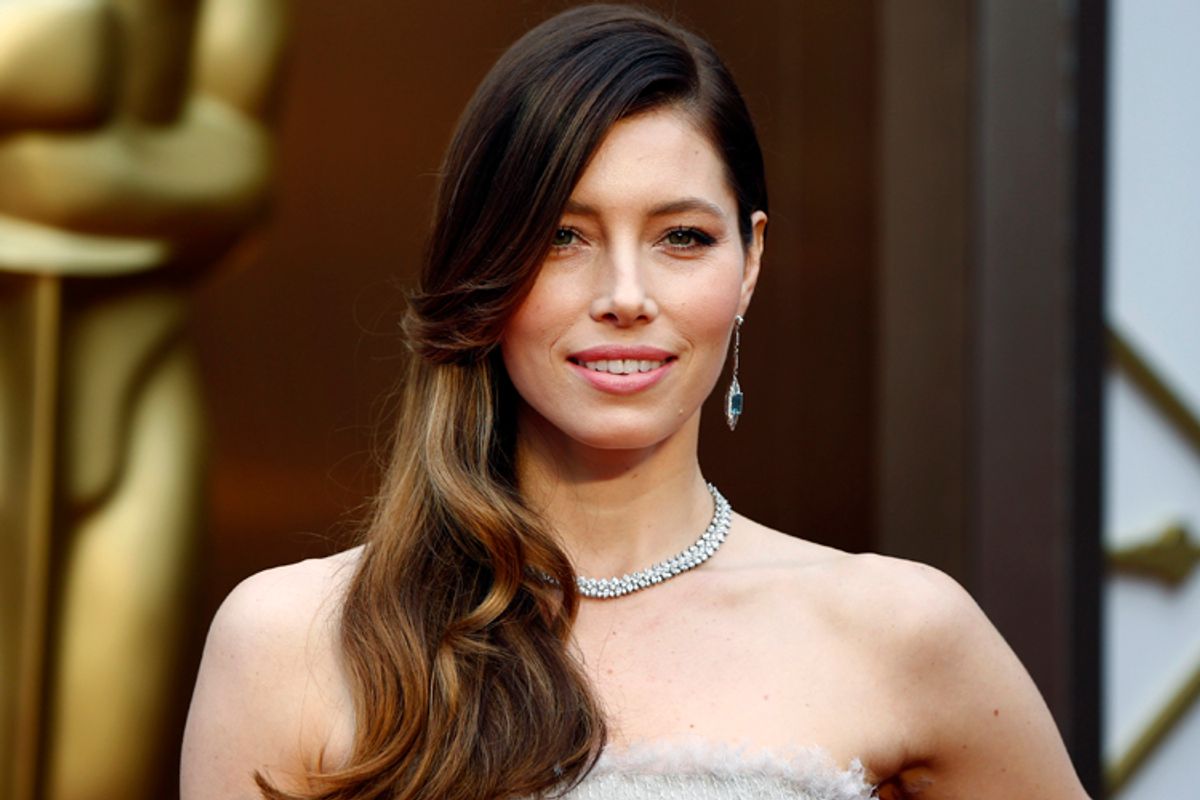 The presenters' list from last night's Academy Awards felt like a snapshot of Hollywood some time between five to 10 years ago. Look, there's Naomi Watts, hi there! There's that charming Jessica Biel and little Zac Efron, and Kate Hudson and Jennifer Garner, too!

Watts is coming off a year in which she appeared in the horrifically embarrassing "Adore," "Diana" and "Movie 43"; Biel, Efron, Hudson and Garner all feel to varying degrees not quite at the level of fame that past years' presenters might have had.  More to the point, they've been all trying to happen for years. Where were the refreshing new stars last night?

Biel and the rest of her cohort seem like perfectly nice people. But to have them as presenters at the Oscars gives a bit of shine to the sort of folks whose work wouldn't net them an Oscar -- because it's too safe, or too spotty, or, well, simply not that great. It's strange that on Hollywood's biggest night, the featured players are folks whom the audience knows and has more or less rejected.

It's not the Oscars' fault -- there's an evident problem with the star-making machinery in Hollywood. Take, for instance, Efron, whose recent foray into bro-comedy with "That Awkward Moment" turned out to be aptly titled. He is Hollywood's idea of a young male star the ladies love because he's willing to just keep making crummy movies and plugging away, even as his audience has grown up and fragmented. Naomi Watts has never quite gotten the opportunities she deserves, which is why her Oscar nomination last year was so exciting, and her plunge back into schlock so dispiriting. And Jessica Biel in particular seems, at this point, unlikely ever to happen for reasons that may be her fault or may be Hollywood's; from "The A-Team" to "I Now Pronounce You Chuck and Larry," she's been the female lead in just about every recent movie that barely has a female lead at all. Her strange husk of a career -- working all the time, but called upon to stretch herself never -- is the consequence of a Hollywood machine that needs actresses to exist in order to look pretty and sell tickets, but has no earthly idea of what to dow with them.

Lest the reader think I'm being unduly harsh on the women (all the examples of ineptly chosen presenters cited so far, save Efron, are female), the men last night were nothing too special, either, in terms of their stature and filmographies. But when an actor like Chris Hemsworth is given incredibly limited options -- one of them is "Thor" -- a woman's limited options are usually much more limited. Hemsworth's no icon (not yet, anyway), but he can boast he's the lead in a franchise people want to see.

The presenters weren't all such completely odd fits. I have nothing bad at all to say about Sally Field, Glenn Close or Kim Novak. Angelina Jolie is the sort of star who should do the Oscars whenever she wants, and was a welcome sight on the arm of Sidney Poitier. And Kevin Spacey is a two-time Oscar winner, so he belonged there -- and yet he seemed to be doing Frank Underwood. When a movie actor you've ratified twice is pretending to be his character from a streaming-service-only TV show at your ceremony, you've got a big problem, academy.

The Oscars have, historically, been a venue to break new stars. One recalls, say, Gael García Bernal or Emily Blunt or Kristen Stewart making their first appearances at the respective moments they all first came to prominence. Of this year's Oscar presenters, the only new stars were Michael B. Jordan of "Fruitvale Station" and, perhaps, Jason Sudeikis of "Horrible Bosses"; the rest were stars Hollywood's been trying to make happen for years, using every method but giving them good roles.

As a snapshot of the year, the slate of Oscar presenters generally has a few things to teach. This year's lesson was that Hollywood is effectively out of ideas, that it no longer has the capacity to generate new stars and is just telling us that we will like Kate Hudson and Jessica Biel. It was a picture of Hollywood in crisis; no wonder everyone's so high on Jennifer Lawrence, as she's one of the few genuine discoveries in a decade.

The best sign of just how muddled things are came at the end of the night. The best picture Oscar is usually presented by a figure Hollywood sees as a living legend -- Jack Nicholson, Tom Hanks, Denzel Washington -- and was last night handed off by Will Smith. Smith isn't quite as known for his great on-screen work as previous presenters in the category. He was best at getting people to go see blockbusters, with a streak that ended in 2013 with "After Earth." His hit-making period is now in the past, and he's an elder statesman of Hollywood.

Never the best actor in the world, Smith stood for perseverance and for bankability. The former trait is present in every star who showed up to present an Oscar last night; the latter in next to none of them. If Jack Nicholson's presence at Oscar night was always a signal to young actors that cultivating oddity and tics can add up to charisma, Smith's was a signal to keep making the sort of franchise fare that hasn't made you a household name quite yet, in hopes that something connects.