McDonald's to SEC: Strikes hurt, and we might have to hike pay 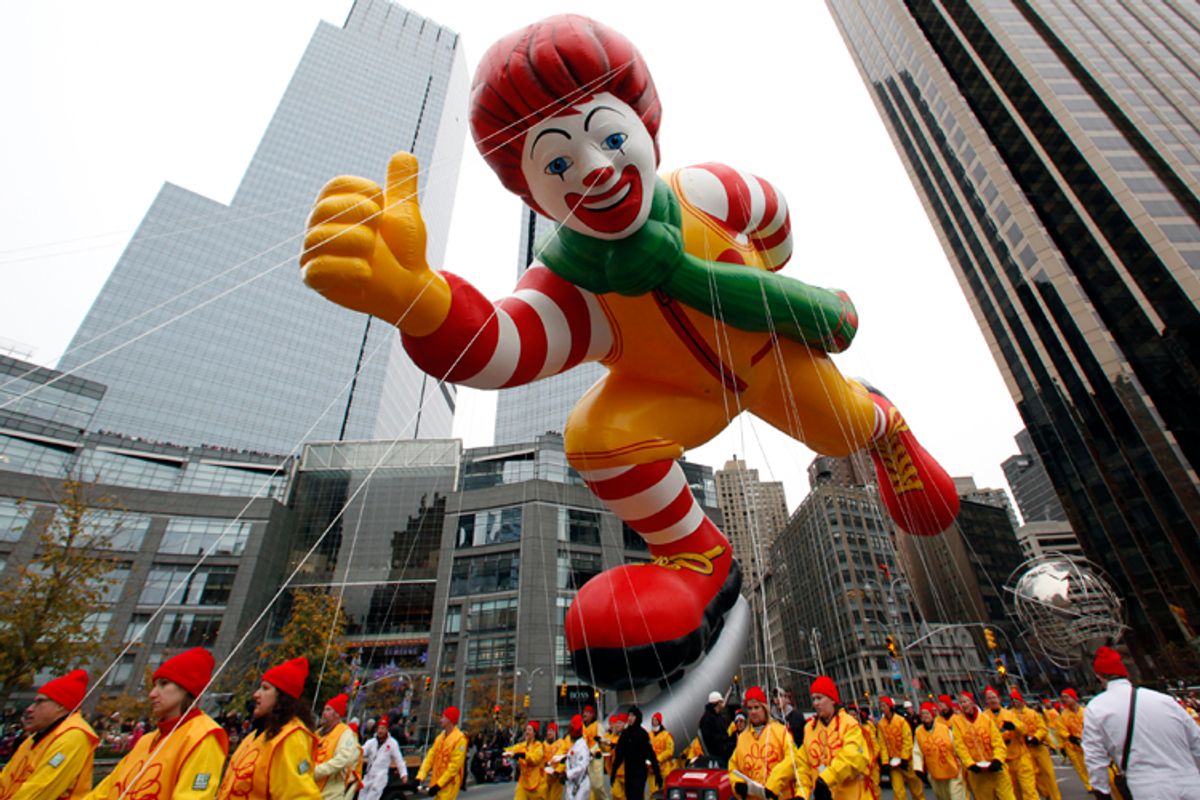 Under “Risk Factors and Cautionary Statement Regarding Forward-Looking Financial Statements,” the McDonald’s corporation writes that “the quality of our execution” of the company “Plan to Win” “depends mainly” on a series of factors, among them “The impact of campaigns by labor organizations and activists, including through the use of social media and other mobile communications and applications, to promote adverse perceptions of the quick-service category … or our brand, management, suppliers or franchisees, or to promote or threaten boycotts, strikes or other actions …” The company also lists “The impact of events such as boycotts or protests, labor strikes and supply chain interruptions (including due to lack of supply or price increases) that can adversely affect us or the suppliers franchisees and others … whose performance has a material impact on our results …”

In a subsequent list, under “key factors that can affect our operations, plans and results in this environment,” McDonald’s describes a “long-term trend toward higher wages and social expenses in both mature and developing markets, which may intensify with increasing public focus on matters of income inequality …”

McDonald’s did not immediately respond to a request for comment. As Salon has reported, workers backed by the Service Employees International Union have mounted an unprecedented challenge to the industry, including a wave of one-day strikes that grew from a single-city November 2012 effort in New York to a December 2013 walkout, which organizers said involved thousands of workers in a hundred U.S. cities. Asked beforehand about that action, a McDonald’s spokesperson emailed that the company and its franchisees “are committed to providing our employees with opportunities to succeed.”

In an August statement, the National Council of Chain Restaurants dismissed a 58-city fast food walkout, declaring that “A few scattered protests organized by outside labor groups hardly amounts to a nationwide ‘strike’ or movement,” and “These orchestrated ‘strikes’ and walkouts create headlines but do nothing to foster serious discussions about effective policies to create jobs in today’s still-struggling economy.”

In contrast to such dismissals, fast food activists seized on McDonald’s Tuesday filing as a vindication of their efforts. In a statement released by the group Low Pay Is Not OK, 16-year Chicago McDonald’s employee Isabel Vazquez said, “The company should be worried about continued worker protests, because we are not going to stop taking action until we win $15 and the right to form a union without retaliation.”