If you want to scale the world's highest peak, you'll have to bring back everything you took with you 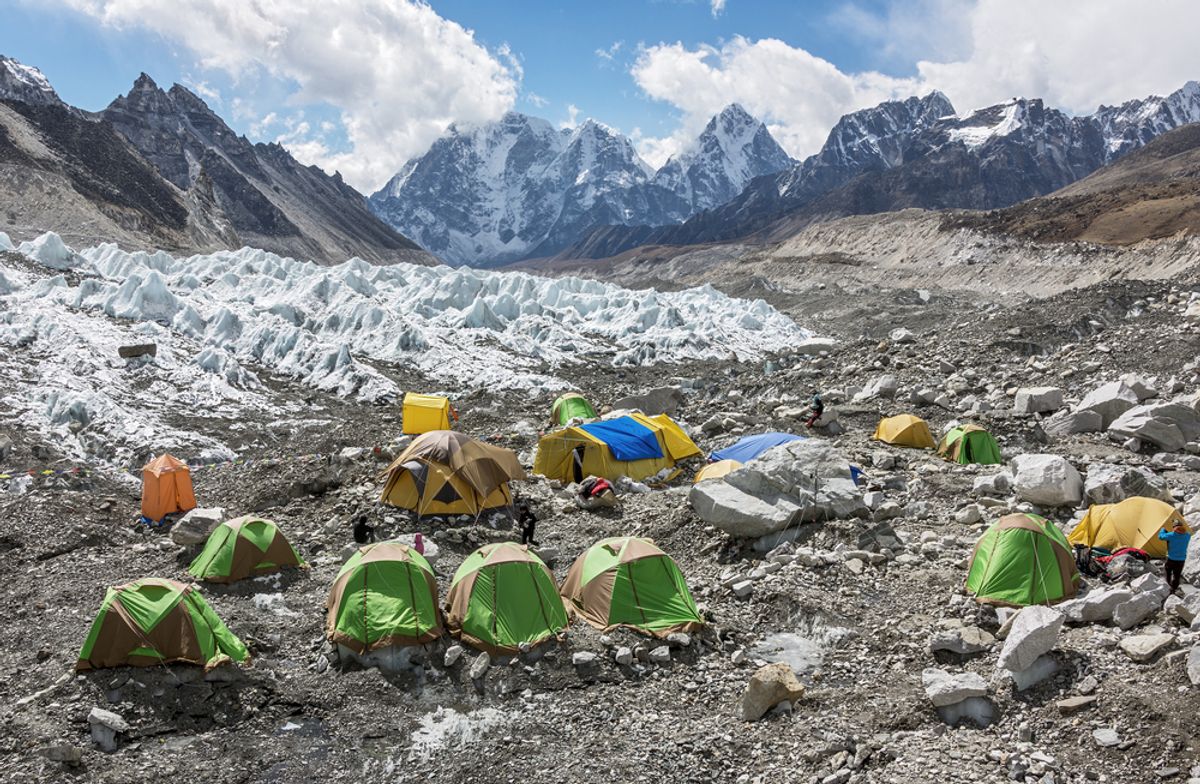 The worst thing to ever happen to Mount Everest was becoming a tourist destination. Every year, about 230,000 people come to Nepal to hike the Himalayas, and over 800 try to scale the famed mountain. About 90 percent of the latter group have no actual climbing skills, having paid between $30,000 and $120,000 for a guided trip up.

As a result, the famed mountain has become the "world's highest garbage dump." Mountaineer Mark Jenkins described it in stark terms last year in National Geographic: "The two standard routes, the Northeast Ridge and the Southeast Ridge, are not only dangerously crowded but also disgustingly polluted, with garbage leaking out of the glaciers and pyramids of human excrement befouling the high camps." Climbers say that the higher they get, the worse the trash problem gets.

Now, the Nepalese government is cracking down on litterers, the AP reports:

Starting this spring, Nepali officials at Everest base camp will check that each climber descends the mountain with approximately 8 kilograms (18 pounds) of trash — the amount the government estimates an exhausted climber discards along the route.

"We are not asking climbers to search and pick up trash left by someone else," said Maddhu Sudan Burlakoti, head of the mountaineering department at the Tourism Ministry. "We just want them to bring back what they took up."

...The government has long asked climbers to clear their trash, but there was no mechanism to check what people brought down. There also was little or no enforcement despite threats — which were rarely carried out — to withhold $4,000 climbing deposits for polluting teams.

The government did not say what action it would take against climbers who descend without the 8 kilograms of trash.

Ironically, all this is in service of further promoting Everest's bustling tourism industry, which earns Nepal $3.3 million a year just in climbing fees. Which means that what may be the best solution -- closing the mountain down for awhile to let it recover, or at least limiting the number of people allowed up -- isn't likely to happen. Instead, the government slashed climbing fees by more than half in order to encourage even more visitors.