That awkward conversation about my stripping

I was proud of my job in sex work. But I learned to hate the moment when someone asked what I did for a living 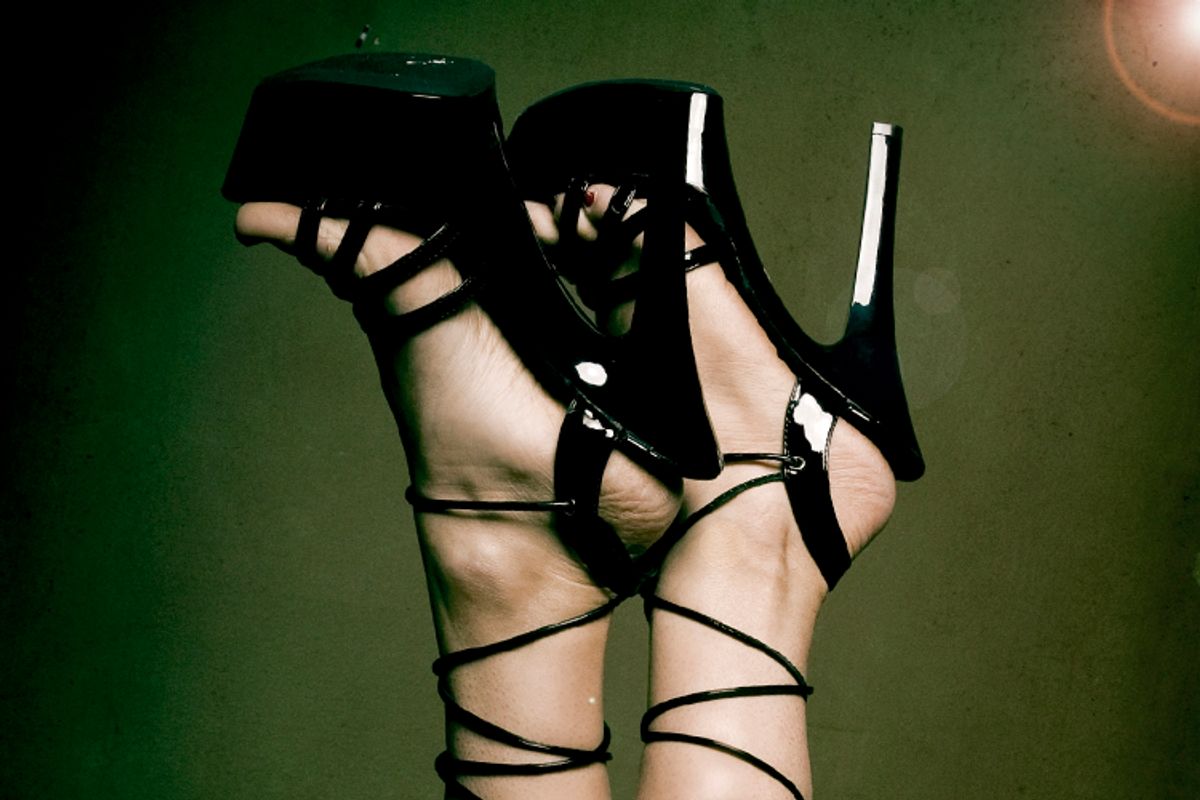 In 15 years of working as an exotic dancer, I’ve had to navigate the world outside the club in a thoughtful way. One question always came up. I learned to dodge it, and when I couldn’t, to spin artful answers to cover up the awkwardness it might provoke. Unfortunately, it’s one of the most common questions in American culture: So, what do you do? I became grateful for its longer versions, which gave me a second or two more to prep an answer: “What do you for a living?” or “What do you do for work?”

I understand why people ask. It’s a way to connect, an attempt for a stranger to figure out who you are: Are you more numbers and logic, or artistic and creative? Would you sacrifice passion for pay, or pay for passion? Do you work with your mind or your heart, or both? But I came to find the question invasive. It distanced me from people, rather than making me closer. Let’s say you meet a guy at a bar. Let’s say you’re catching up with a friend in a crowded elevator. Let’s say you’re at a wedding, and talking to someone’s grandparents. What do you say? I learned to tell versions of the truth. “I’m in customer service,” I sometimes said, with a secret wink. Then I would dash off to the dance floor or ask where to find a restroom. I was a master at diverting attention.

But that was tiring, too. I began avoiding social interactions on my nights off, especially if I was too exhausted to keep bouncing the conversation ball out of my court. I became an expert in the moment when the question arrived. If someone didn’t ask the question upon our first meeting and I knew I was destined to see them again, anxiety would tick until the bomb was dropped. I would sit in the dentist’s chair or purchase coffee from a nosy neighborhood barista who saw me sluggish every evening, and think to myself, “Here it comes, it always comes,” and boom it always did. That question haunted me, even though I was so proud of the answer.

At the beginning of my career, I found it liberating to tell anyone who would listen. I had discovered that visual stimulation paired with physical touch can have amazing healing effects on the human psyche, and I was happy to have a job that contained so many skills under one umbrella: I was counselor and consoler. Teacher of body and sexuality. Master of negotiation and sales. I dealt with conflict resolution. I was a team player and an independent contractor; an actress/dancer/entertainer. An athlete. I provided the escape, the safe place to land, the ease of transition. Of course, on my résumé, it just said “stripper.”

But I learned that most people didn’t understand the depths of such a shallow word. It was hard for them to wrap their minds around what exotic dancers really had to offer. How could they? Strippers are punch lines and cautionary tales in the media. We’re considered low lives, women who are taboo. People actually apologized when they called me a stripper, asking if I preferred the term “exotic dancer.” To me, it’s like police versus cops. One term sounds more formal, but it’s the same job. Either way, my line of work is frowned upon. We’re perceived as being weak-minded or so desperate that we’re reduced to selling our bodies. However, in my own experiences, I found the opposite to be true. My flesh baring co-workers turned out to be strong, intelligent and secure. Not to mention the most caring breed of women I’ve ever come across.

I suppose it would have been easier to lie, but I refused to cater to the stigma like that. A quick fib like, “I’m a bartender,” would only minimize what I really did. It would have been closer to the truth to say, “I’m a therapist,” or “chief negotiator,” but I knew those answers would only spark more questions. “Where did you go to school?” Or, “What company do you work for?” I didn’t wish to spin a web of deceit, or live a double life. But the evasions left me more isolated. I was never granted the ease of small talk or a simple introduction. I edited and censored my responses while others were free to chirp on about their daily routines.

One night when I hailed a taxi to work, I gave the cabbie the address, and I paused anxiously, waiting to see if he knew what kind of business was located there. At first, he said nothing and I relaxed, but then it dawned on him. “Wait, isn’t that where the gentlemen’s club is?” he asked. And soon, that escalated to even more uncomfortable questions. “What happens in the champagne rooms? Can I get a blow job there? How much for dances? How much for sex? If I bring men there, will they get what they pay for?” I learned to ignore cab drivers’ curiosity regarding my destination. I would get on my cellphone, calling all my friends until someone picked up. I was just trying to go to work like anyone else.

By trial and error, I learned whom I could tell about my job and whom I couldn’t. If it was someone I met in passing, he or she didn’t need to know. If the information could compromise my safety or reputation, I kept it to myself. However, if I knew I would be seeing someone on a regular basis, like a personal trainer or a classmate who wanted to schedule frequent study dates, it was easier to just tell the truth. Also, if I was surrounded by my friends or having fun hanging out with a bunch of gay guys my truth flapped in the wind like a rainbow flag.

Answering the question honestly opened the curiosity floodgates. Questions came pouring in about the kinds of characters who spent time and money in strip clubs. People would jump to their own conclusions and say things like, “I bet you make a lot of money” or, “I bet you deal with a lot of creeps.” Or people would feel the need to confess to me, whispering things like, “I always wanted to be an exotic dancer, but I’m too shy to try” or, “Hell, I would do it if I had the body for it.” People felt compelled to tell me the number of times they had visited a strip club or they would let me in on a freaky fetish they hadn’t told anyone else about. When people would clam up altogether, I knew they were disapproving. Occasionally, I would meet people who verbally objected to my line of work, sparking a heated debate.

But that was part of my reality. My public image and personal relationships were challenged along the way as I fought to lead a less ordinary life. I had to deal with the haters in society, the evil people in the industry, jealous boyfriends and a disapproving father. There were times I felt the whole world was against me. No one seemed to want to validate the industry for its usefulness. Even the customers who patronized my services would ask me, “So, what’s your real job?” They acted as if I was just moonlighting and it would never be respected as a career choice. It’s funny how a carpenter can just be a carpenter and leave it at that. But my occupation is viewed as a stepping stone with an expiration date and will never be valued or taken seriously.

But I’m used to it by now. I’ve never had the luxury of sitting around the table at Thanksgiving with relatives and answering the question, “How’s work going?” I didn’t get praised for helping a couple spice up a dying marriage, or for closing a deal where my club made $30,000 in a night. No pat on the back. I couldn’t bond with family members and openly update them on the progress of my life and the unique perspective I gained from my experiences. Nope, I had to discreetly avoid eye contact, eat my mashed potatoes and be an artist at changing the subject. The stress of family functions would usually cause me to look for the nearest bar where I could unwind with a glass of wine. Drink in hand, I could relax but only until a stranger would swivel his bar stool to face me and say, “So, what do you do?”

Christina Fallon is a writer living in New York. She is currently working on a memoir about her past career as an exotic dancer called “A Place Like This.” Christina recently retired from stripping after 15 years in the business.