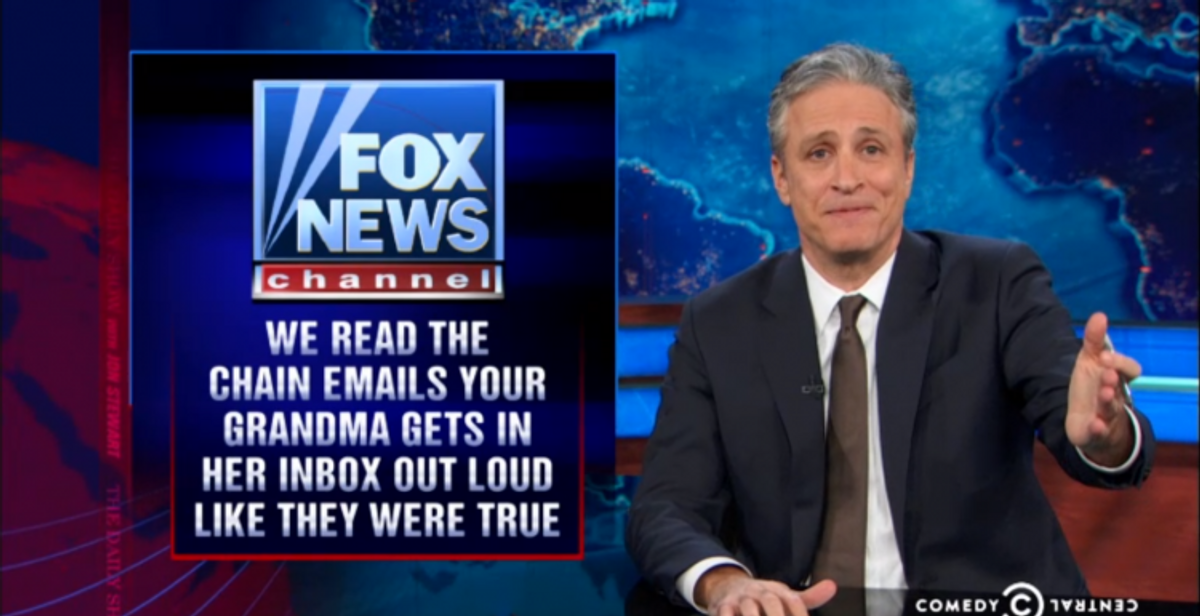 Jon Stewart had a whale of a time mocking Fox News for its food stamp freakout on Tuesday night's edition of "The Daily Show," castigating the right-wing propaganda shop for spreading totally unsubstantiated allegations about food stamp fraud in order to justify Congress' recent cuts.

After showing a montage of Fox News talking heads claiming that "you hear stories" of food stamp recipients using their benefits to "buy iPads or cigarettes," Stewart laid into the conservative network for doing little more than repeating the kind of right-wing nonsense most commonly found on chain emails as if it were legitimate news.

"[A]s a reporter on a news network," Stewart said, sarcastically, "it is your job to pass [these stories] along through your mouth-hole."

"As your slogan says," Stewart continued, "'Fox News: We read the chain emails your grandma gets in her inbox out loud like they were true.'"

Yet it turns out Fox's problem with food stamps isn't simply all the stories "you hear" about widespread fraud and abuse. As Stewart discovers, Fox News also has big issues with what food stamp recipients are buying with their benefits. Apparently poor people shouldn't be able to purchase seafood.

Watch the clip below to find out why, via Comedy Central: