Winklevoss brothers want to use their bitcoins to become astronauts

Because of course they do 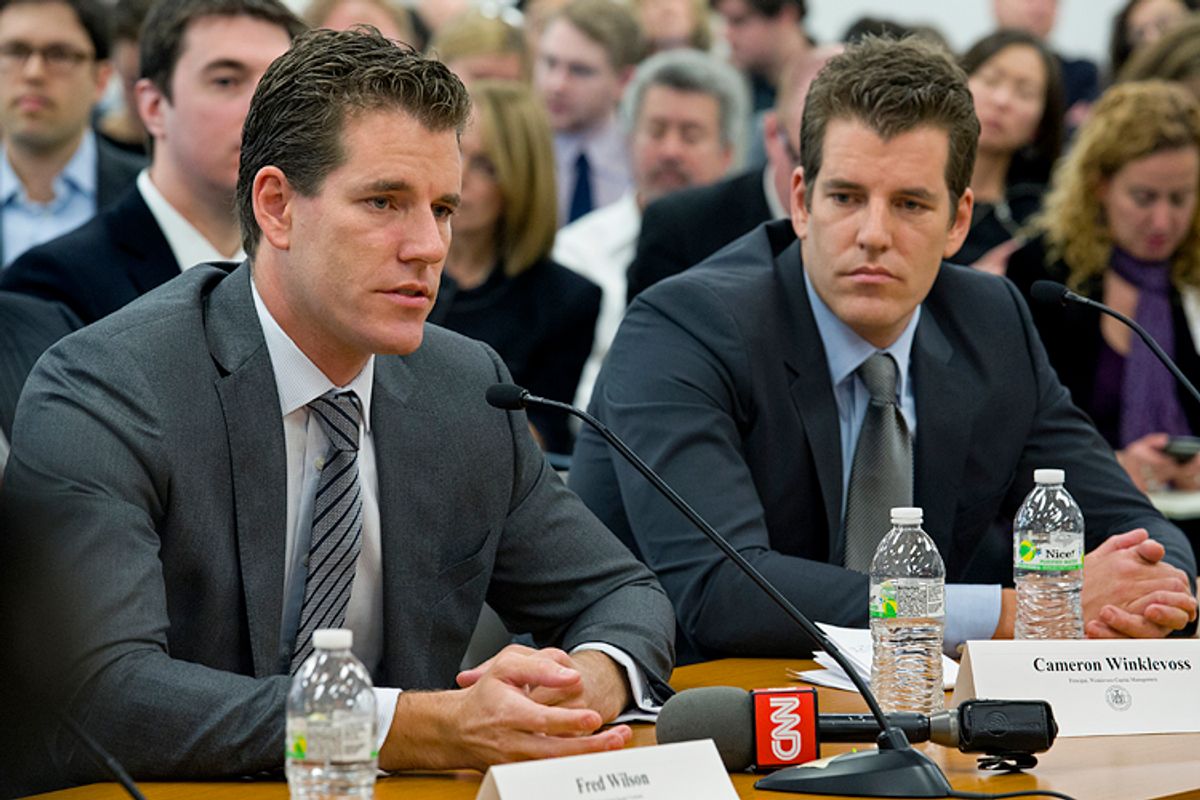 The crew-rowing, identical-twin entrepreneurs -- made famous when their beef with Mark Zuckerberg was fictionalized in "The Social Network" -- say they want to become Virgin Galactic's  newest astronauts. And they want to pay the tab using some of their vast reserve of bitcoins.

On their website, brother Tyler lays out their reasoning for dropping $250,000 in the virtual currency to go "to infinity and beyond":

Today, I think we can all agree that this spirit [of exploration] is alive and quite well.  As we embark on the 21st century, however, the face of exploration has taken on a new look.  Grand expeditions and financial systems once commissioned and shaped by the likes of Ferdinand and Isabella, president John F. Kennedy and delegates at Bretton Woods, are now done so by brave citizen entrepreneurs like Elon Musk, Sir Richard Branson and Satoshi Nakamoto.  Today, we see an independent technological infrastructure being built that allows these courageous entrepreneurs to risk their greatest human resources – their time, intelligence, extraordinary energy, and hard-earned capital – in modern attempts to achieve the unachievable, unconstrained by the technologies and boundaries of generations past.

This kind of private enterprise could seem more like a space joy-ride for the wealthy -- two rich Bitcoin investors flashing their peacock feathers -- than an exploratory mission to discover more about our universe. One can certainly imagine other worthy projects for the Winklevii's cash. What about space education? Or research? Or almost anything actually related to discovery?