And "Amazing Spider-Man" star Andrew Garfield, who was supposed to introduce the segment, was a no-show UPDATED 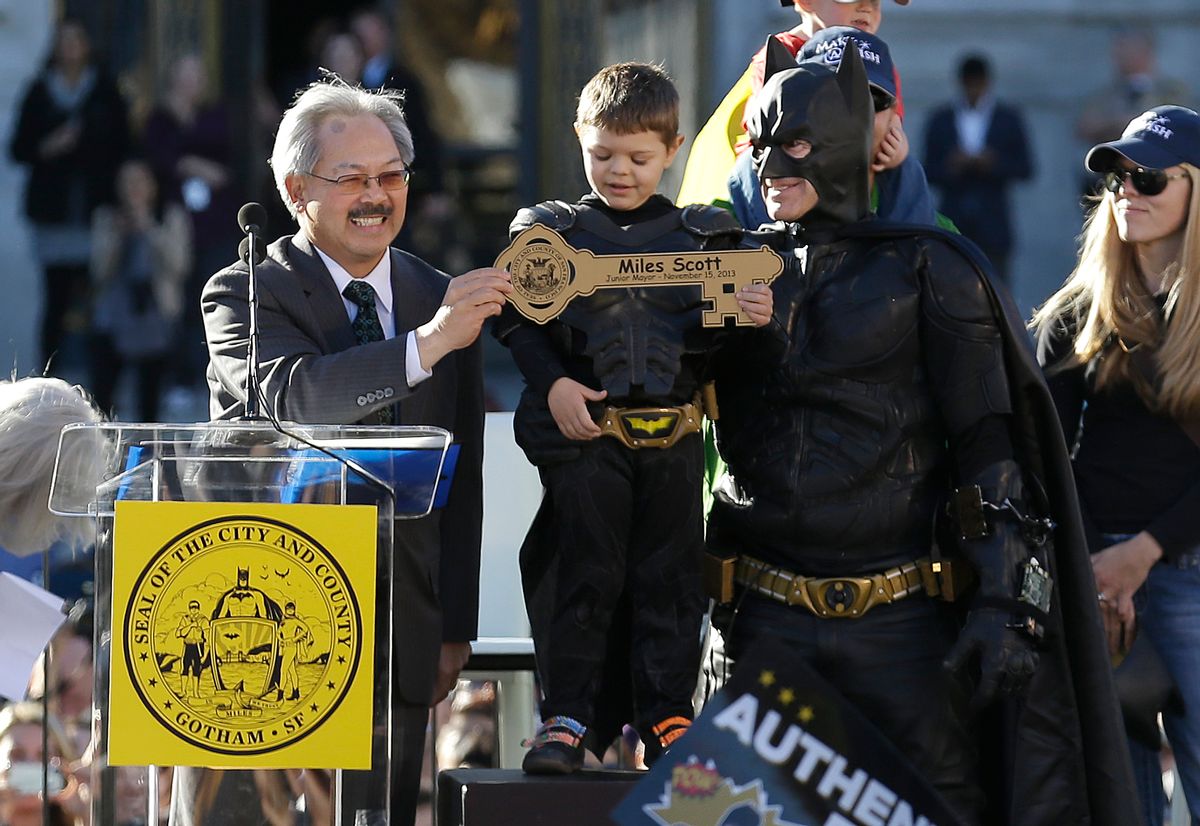 Five-year-old Miles Scott, better known to America as Batkid, has missed his chance to be inducted as "a new superhero" in American film lore thanks to a last-minute production change at the Academy Awards, the International Business Times reports.

In February, producer Neil Meron told Entertainment Weekly that "Amazing Spider-Man" star Andrew Garfield was "going to induct a new superhero into the fraternity of superheroes," which was to be "a very moving moment in the show, which will illustrate the theme of how movies have inspired." That didn't end up happening.

Now, the IBTimes reports that Scott, the 5-year-old leukemia survivor who became famous after the Make-A-Wish Foundation helped him "fought crime" for San Francisco/Gotham City in November, was to be the recipient of the honor.

As of Saturday, the segment was still planned. Mashable reports that Scott was to appear on stage at the conclusion of the "Heros Montage" segment. Scott got a tuxedo for the occasion and rehearsed the segment on Saturday with Garfield on "a Gotham-like set" that had "'Batkid' in large letters."

However, the segment was canceled on Sunday morning with little explanation to the Scott family, who traveled from Northern California specifically for the awards ceremony. “I don’t know if they ran out of time, of if there was something about the segment they didn’t like,” mother Natalie Scott told the IBTimes. “It got pulled so quickly that we didn’t have a lot of insight into what was going on.”

As has been previously reported, Garfield didn't attend the Oscars as originally planned. Instead, the segment was introduced by "Captain America" star Chris Evans. Garfield's absence is especially curious considering the star is an advocate for Gilda's Club, which supports people with cancer, and the Worldwide Orphans Foundation, which supports child orphans.

After the story garnered media attention, an Academy spokesperson told the Hollywood Reporter that "basically, because of the fluid nature of live TV production, ultimately the segment didn't work."

The Make-A-Wish Foundation arranged the day for Scott, Josh deBerge, national communications manager for the Make-A-Wish of America organization, told Mashable that it was "not involved in any way with any decision about what did not or what did make it in on-air that evening."

"Of course Miles and his family were disappointed," said a source close to the Scott family. "It was heart-wrenching to speak to them. The last thing they wanted was to see their son disappointed."

In lieu of the cut segment, the Academy Awards paid for Scott to attend Disneyland.

Update: US Weekly reports that after Garfield learned that the segment was scrapped, he went to Disneyland with the Scott family:

"Due to the nature of a live show, hard decisions sometimes must be made which require the Academy to cut segments due to the logistics of production," a rep for the Academy told Us Weekly of why the planned bit was scrapped at the last second. "Andrew Garfield understood that his segment had to be omitted, and he drove to Disneyland on Monday to spend time with 5-year-old Miles Scott (Batkid) and his family."