Ed Schultz: "I was wrong" about Keystone

The MSNBC host urges Obama to say no to the pipeline 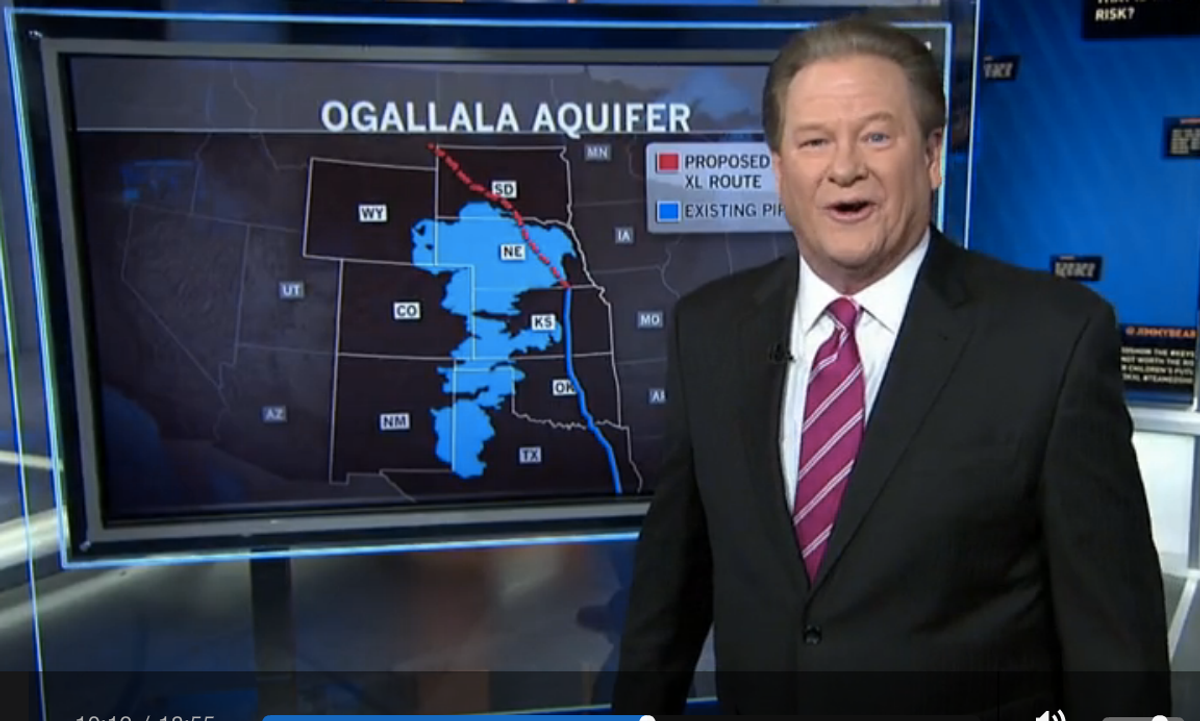 Last month, MSNBC host Ed Schultz made the very un-MSNBC-like announcement that he was coming out in favor of the Keystone XL pipeline.

But after reviewing the evidence (funny how that happens), he's had a change of heart.

"Mr. President, say no to this project," Schultz said Wednesday night on "The Ed Show." "I turn this night on this program. I was wrong. But after researching both sides and listening to all the experts, I don't think America needs to take this risk."

So what changed? While earlier, Schultz had argued that the pipeline would be "a step in the right direction when it comes to energy independence,” he seems to have come around to the understanding that the long-term effects will include increased carbon emissions and further U.S. reliance on fossil fuels in place of renewable energy.

More important, though, he traveled to Nebraska, site of the massive Ogallala Aquifer. It's one of the world's largest sources of fresh water, the source of irrigation for a quarter of the nation's cropland, and directly underneath the pipeline's path. If the pipeline leaks, Schultz said -- and that possibility, he stressed, is "an absolute"  -- it would cause "irreversible damage."

And so, he concluded, “This right here, the Keystone XL pipeline that would go over the Ogallala aquifer is one of the biggest energy risks this country will ever take."

"Mr. President, it seems like you'll have to go talk to these people in Nebraska," Schultz added. "You won't have all the information, Mr. President, unless you do what I did. It's an eye opener."

Watch his full argument against the pipeline below: