Leader schools GOP buffoon on his home court: "Let’s assume that people want a hand up and not a handout!" 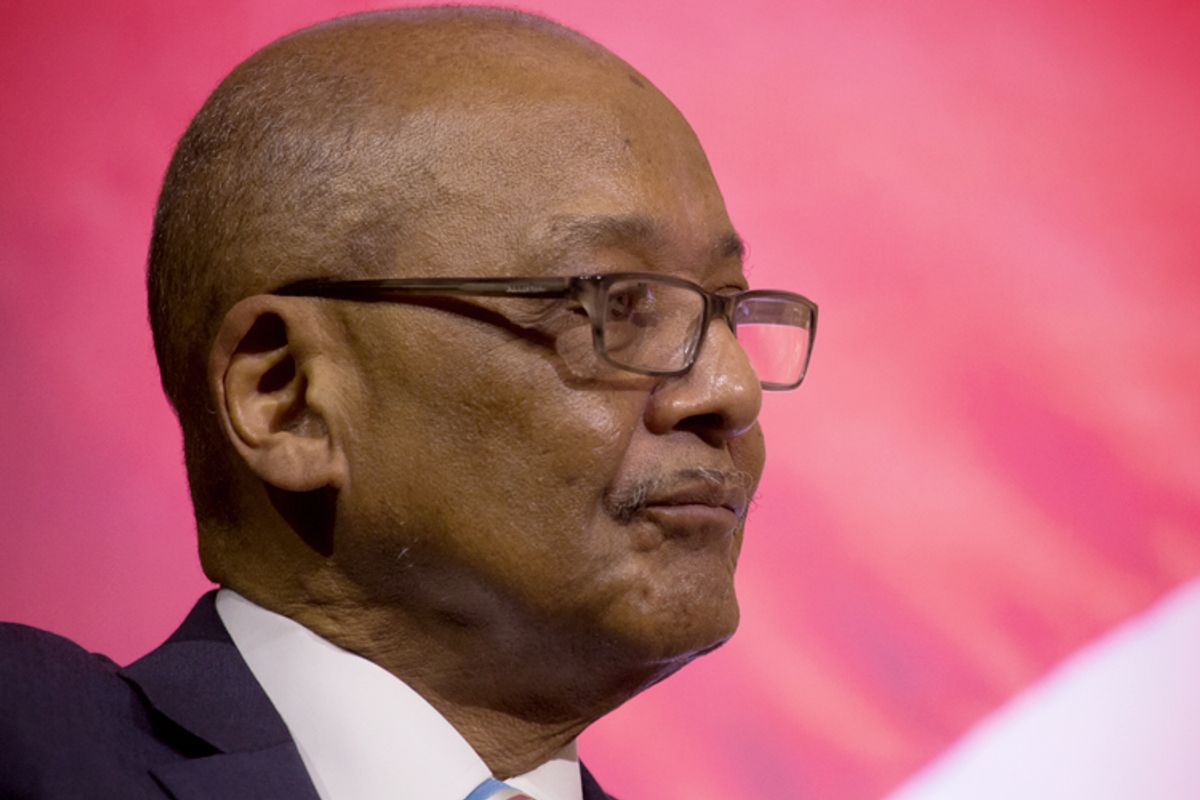 A rare moment of direct disagreement broke out on CPAC’s main stage Thursday afternoon, after the moderator of a panel on “Reaching Out” to “nontraditional voting blocs” bemoaned the greater number of “goodies” in the Democrats’ arsenal.

“One of the frustrations that I see from our perspective -- and I know there are solutions -- is that the Democrats, using nonprofits and going into these communities, have lots of goodies to offer,” said Revolvis Consulting partner Jason Roe. “And our guys aren’t exactly in the offering goodies business. So it’s harder for us to go in and do the same kind of thing.”

Asked “what we can do” about that frustration, panelist Robert Woodson told Roe, “I have to challenge you -- it's not 'goodies.' It bothers me when people assume that lower-income people respond to gifts. Food stamps, or things that are given to them. Nobody wants to be dependent. So let’s assume that people want a hand up, and not a handout.”

Woodson, the founder of the Center for Neighborhood Enterprise, then cited the example of Republican former Los Angeles Mayor Richard Riordan. “He built a community center that taught kids English …” said Woodson. “He committed resources and help to us, so we supported him.” He added, “What liberals do is at least they express their concern. Whether what they do is helpful or harmful, at least they show up.”

The panel, described as a discussion on “how to bring conservative ideas of liberty, opportunity and prosperity to non-traditional voting blocs AND teach party and movement leaders how to embrace them,” ex-Republican National Committee chair (and current Senate candidate) Ed Gillespie and J.C. Watts Companies CEO Elroy Sailor, as well as Woodson and Roe (Gillespie and Roe are white; Sailor and Woodson are black).

Asked by Roe at the start of the panel whether “to do better with minority voters,” Republicans should “moderate our policies” or “renew our commitment to communicating how our policies will help,” no one opted for the former answer. Instead, Gillespie urged that Republicans follow George W. Bush’s example in “going and working and carrying our message”; Sailor said that conservatives should not see diversity as a “bad thing,” because “the picture that we reflect to America is the most important thing”; and Woodson touted Riordan's “plant charitably so he could harvest politically.” (Woodson also mentioned he’d been guiding Paul Ryan on “a quiet listening tour around the country”; that tour has been appearing in stories in outlets including the Washington Post, CNN, Politico, BuzzFeed and the National Review.)

Panelists offered areas to which Republicans could offer more attention: Gillespie mentioned persuading employers to give ex-offenders a shot at a job; Woodson touted creating “Opportunity Zones.” He added that to be effective, “you’ve got to believe that these communities have capacity -- that they’re not just cesspools of pathologies, as a lot of our conservative columnists lead you to believe.”

But all of the panelists emphasized – in sometimes dramatic terms – the conviction that core conservative policies would contribute to inner-city uplift. Sailor touted abolishing the estate tax (“that 21-year-old guy …the estate tax when he dies, that’s a killer -- he hasn't had generational wealth”); urged “privatization” of Social Security (on the grounds that African-Americans live fewer years than whites); and recalled a time before “Big Brother,” when his father showed him at 12 or 13 where he kept his gun and said that if necessary, “Your job is to defend your family.” “Abortion, he added, “has been worse on the African-American community than the slave trade.”

Woodson told the crowd that he’d recently been challenged by David Gergen on his support for Republicans. “I said poor people are suffering from their friends in Detroit, where they’ve been led by liberal black Democrats for 40 years,” recalled Woodson. “And it looks like Hiroshima did when it was bombed.”