People who worry about climate change are prejudiced against the entire human race, Alex Epstein argued 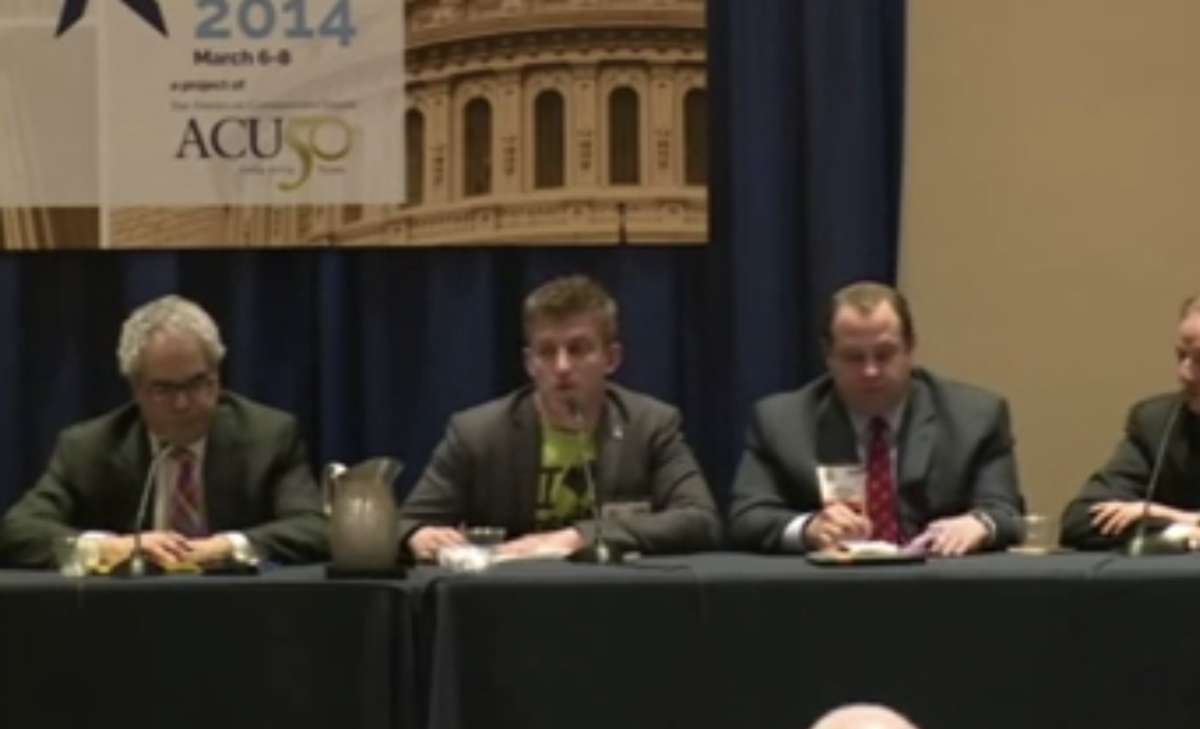 Nothing good was likely to come out of a CPAC panel called “Can American Survive Obama’s War on Fossil Fuel?” But things took a turn for the exceptionally strange courtesy of Alex Epstein, founder and president of the climate-denying Center for Industrial Progress, who explained that believing in global warming is akin to being racist -- with that racism extending to the entirety of the human race.

It's wrong to assume that "if man did change climate, it would be a bad thing," Epstein, who was proudly sporting an “I Heart Fossil Fuels” t-shirt, said. Because "why on Earth would you assume that," his line of reasoning continued, "unless you had a prejudice against man?"

That's right: believing it's a bad thing that human activity impacts climate change is akin to “human racism.” His words.

Epstein invented another term, the "energy effect," to describe what he sees as the most important impact of fossil fuels: they enable us to use energy to make the climate more livable. How? "By allowing us mobility to live in the best climate we can." So everyone just needs to follow him to Southern California, and we'll be fine.

Allow Epstein to enlighten you to the dangers of human racism below:

UPDATE 3/12/2014 3:00 PM ET: This post has been updated to more accurately reflect the exact reason why Epstein believes that climate activists are guilty of "human racism."