Gov. Bobby Jindal supports the measure to impose Texas-style restrictions and maintain a record of patients 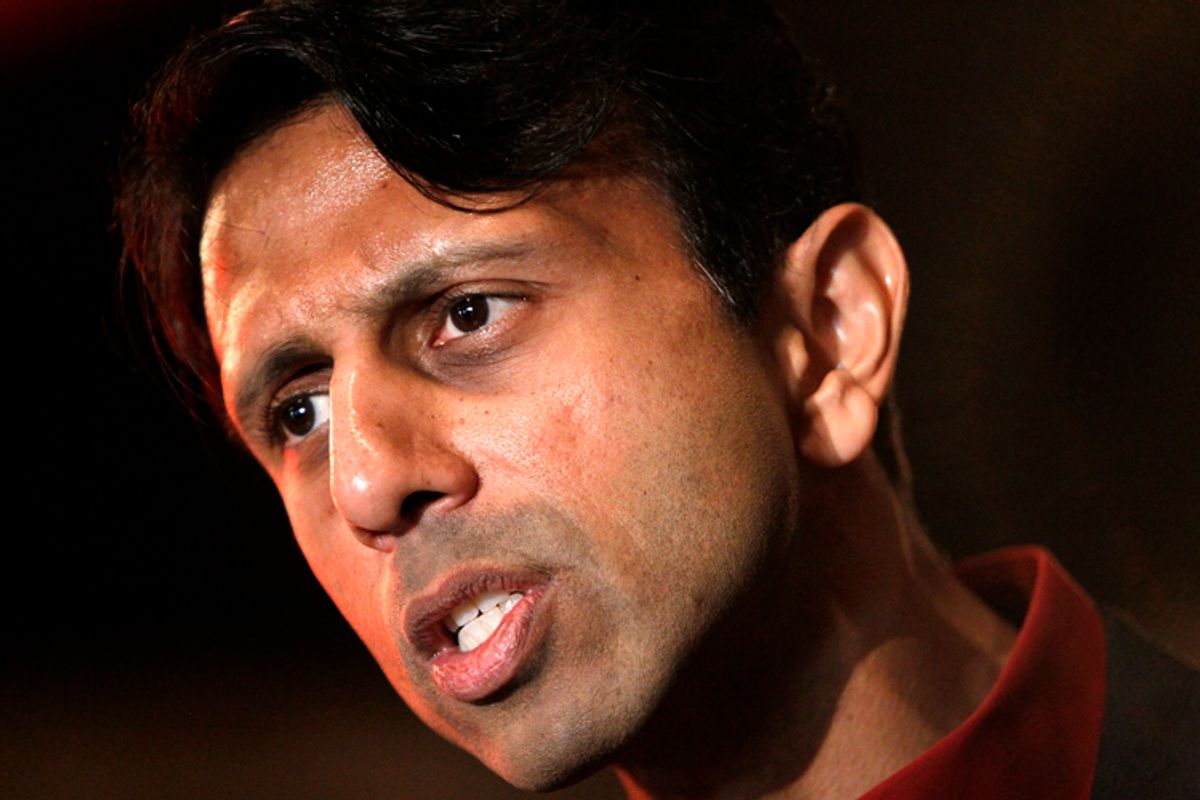 A Louisiana state lawmaker has filed a measure to keep a state database of people who have had medication abortions, as well as restrict access to surgical abortion through Texas-style regulations aimed to shutter clinics and intimidate physicians.

Democratic state Rep. Katrina Jackson's bill, in addition to keeping a state database of people who have had medication abortions, would require physicians who perform the procedure to obtain hospital admitting privileges. Jackson has also proposed amending the statutory definition of the first trimester from "six to 14 weeks" to "up to 14 weeks."

Jackson has called her measure the "Unsafe Abortion Protection Act," in keeping with the latest trend of couching sweeping and dangerous restrictions on abortion care and reproductive health services in the language of patients' rights and health.

Excerpts of the measure, as reported by Lamar White Jr. at Louisiana-based blog CenLamar:

(2) “First trimester” means the time period  up to fourteen weeks after the first day of the last menstrual period.

Louisiana Gov. Bobby Jindal supports the measure, as well as other restrictions on reproductive health services. As KATC reports, Jindal also supports a measure introduced by Republican state Rep. Frank Hoffman that would ban people who work at clinics from making presentations at public or charter schools.

Last month, the Louisiana Department of Health and Hospitals reversed course on a series of restrictions that would have, among other barriers, imposed a 30-day waiting period for people seeking abortion care.

The proposals are scheduled for consideration on Monday.