Neil deGrasse Tyson: "Enlightened religious people...don't try to use the Bible as a textbook"

The astrophysicist spoke on "Cosmos," quantum physics and the trouble with using scripture as a scientific source 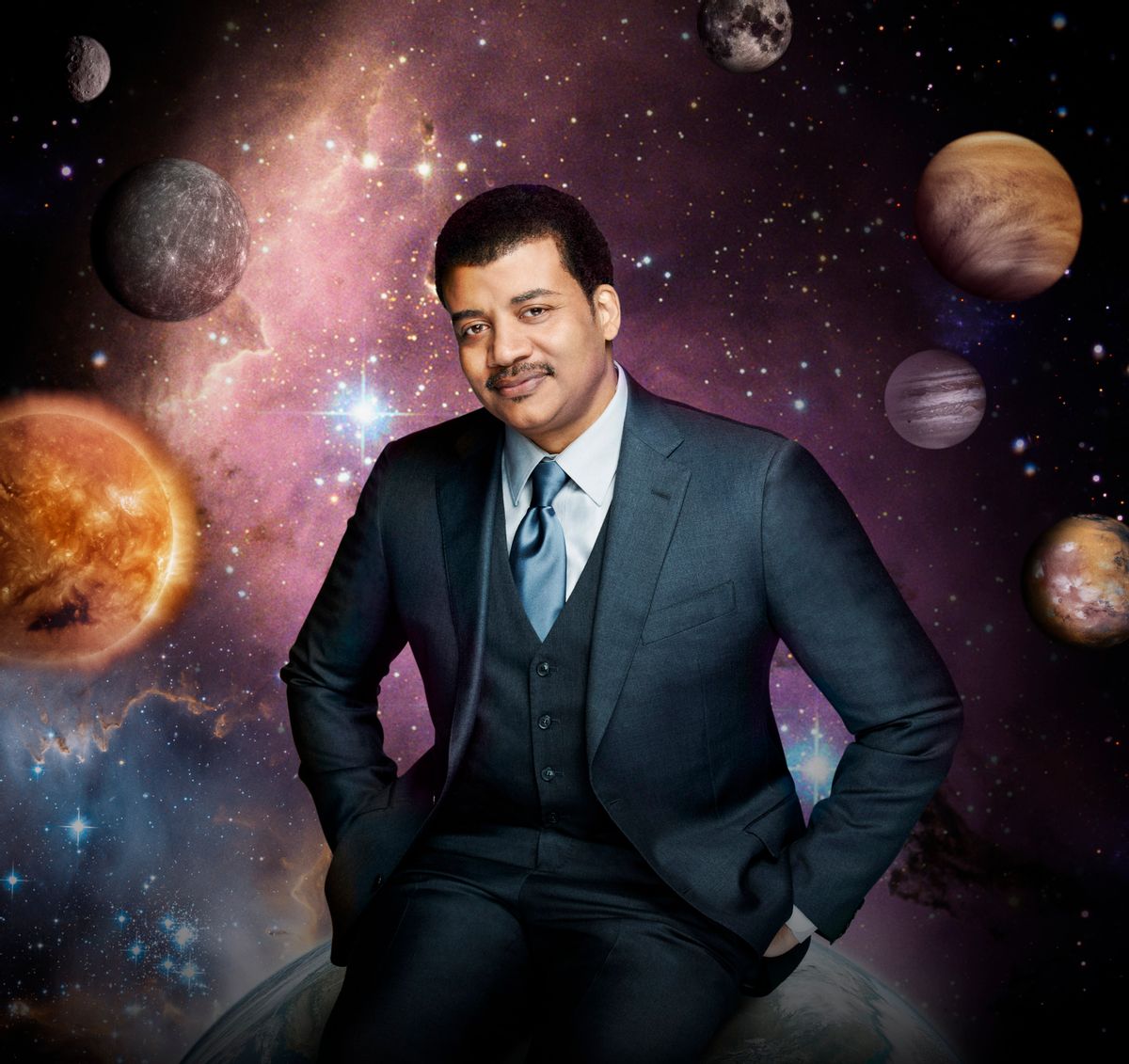 This photo released by Fox shows Neil deGrasse Tyson, the astrophysicist who hosts the television show, "Cosmos: A Spacetime Odyssey," premiering Sunday, March 9, 2014, 9:00-10:00 PM ET/PT on Fox and simultaneously across multiple U.S. Fox networks. The series will explore how we discovered the laws of nature and found our coordinates in space and time. (AP Photo/Fox, Patrick Eccelsine) (AP)
--

Neil deGrasse Tyson had some straightforward words about using the Bible as a scientific source. Specifically in terms of the Earth being created before the sun, as in Genesis, Tyson said, "None of that is consistent with any scientifically derived information about the world." He continued, "So enlightened religious people know this, and don't try to use the Bible as a textbook, using a Western example."

Tyson made the comments during an interview this morning on WNYC's "Brian Lehrer Show." In a segment called "Ask and Astrophysicist," the man who rebooted Carl Sagan's "Cosmos" answered questions from Lehrer and New York City residents about everything under (and beyond) the sun.

Intermingled between discussions of "Cosmos," which premiered last night, and quantum physics, Lehrer asked Tyson about religion versus science:

"So the first episode of "Cosmos" told the story, among other things, of a 16th century Italian monk Giordano Bruno who publicly thought, or said that he thought the universe was infinite. And he was dismissed and eventually excommunicated and killed by the Catholic Church. Did you bring that into the show because you see any scary parallels between science and religion today?"

Tyson responded with an initial guffaw, and responded that two others wrote the show. But on the subject of Giordano Bruno, Tyson said, "His god, as he conceived it, was bigger than the god expressed literally in scripture or as interpreted by the cardinals of the [Catholic] Church of the day."

Lehrer then wondered if ideas and dogma are compatible today. Neil deGrasse Tyson said that around one-third of "Western/American scientists claim that there is a god to whom they pray" and they're "fully functioning" scientists. Tyson points out that the problem is using your scripture as a scientific source. As the astrophysicist put it:

"There is no example of someone reading their scripture and saying, 'I have a prediction about the world that no one knows yet, because this gave me insight. Let's go test that prediction,' and have the prediction be correct."

He also stated that there is an issue of teaching scripture-based science in schools and said there's no history of scientists or "even atheists" harping on Sunday schools to have them teach scientific views. The entire interview is worth listening to especially if you, like Neil deGrasse Tyson, believe that "everyone should have their mind blown once a day."