The comedians take on the much-spoofed HBO show 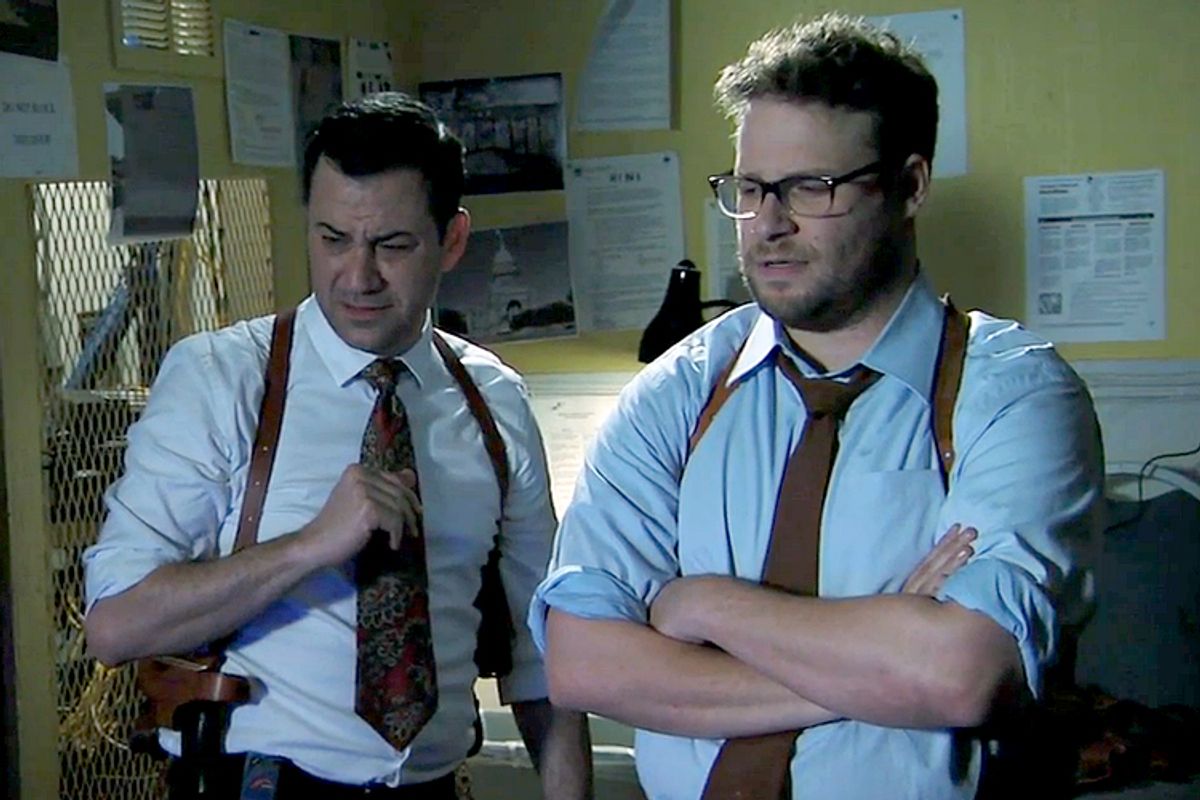 Jimmy Kimmel and Seth Rogen have thrown their hats into the ring of "True Detective" parody videos, offering a look at what Season 2 -- which currently has no cast, script, or directors and has not even been formally ordered by HBO -- might shape up to be.

Offering themselves up for the role of next season's detectives, Kimmel and Rogen portrayed Matthew McConaughey's character, Detective Rust Cohle (Rogen) and Woody Harrelson's Detective Marty Hart (Kimmel), who search for a serial killer in the Louisiana bayou in Season 1.

Like the parodies that came before it, the two comedians spoofed the show's obsession with the occult and Cohle's meandering dialogue, which, for Rogen, devolved into Cher/Diane Warren and Cyndi Lauper lyrics.

It's safe to say that Rogen and Kimmel will probably not be cast in "True Detective," or any drama, after casting directors see this clip: