Jon Hamm and Jimmy Fallon photobombed a bunch of tourists 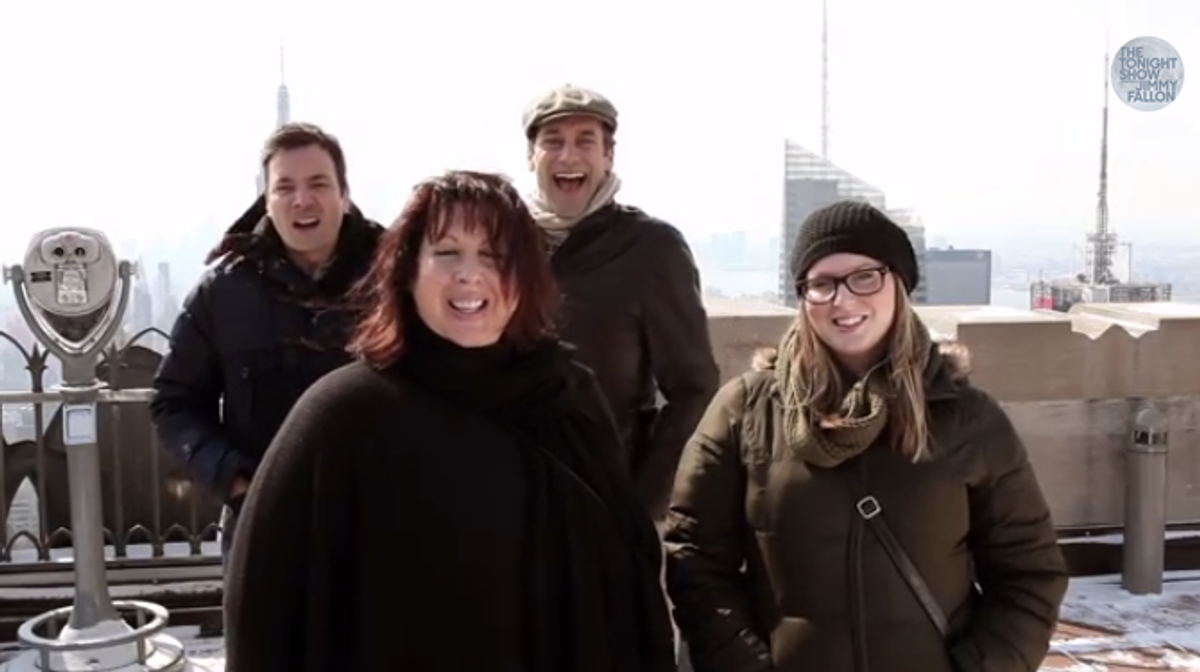 Taking a page from the book of veteran photobomber Bill Murray, "Mad Men" star Jon Hamm and Jimmy Fallon photobombed unsuspecting tourists for a segment on "The Tonight Show." Fallon's crew set up a camera on the top of NBC's 30 Rockefeller Center, famously known as Top of the Rock, telling tourists that the pictures were for the Top of the Rock Web site.

"We were lying," Fallon told the audience. Hamm and Fallon then snuck into the shot, undetected, even when jumping up for a high-five, sharing a hoagie or crawling out from vents. The whole thing is pretty great.