Neil deGrasse Tyson: Science is true "whether or not you believe in it"

"That’s why it works," the astrophysicist explained to Stephen Colbert 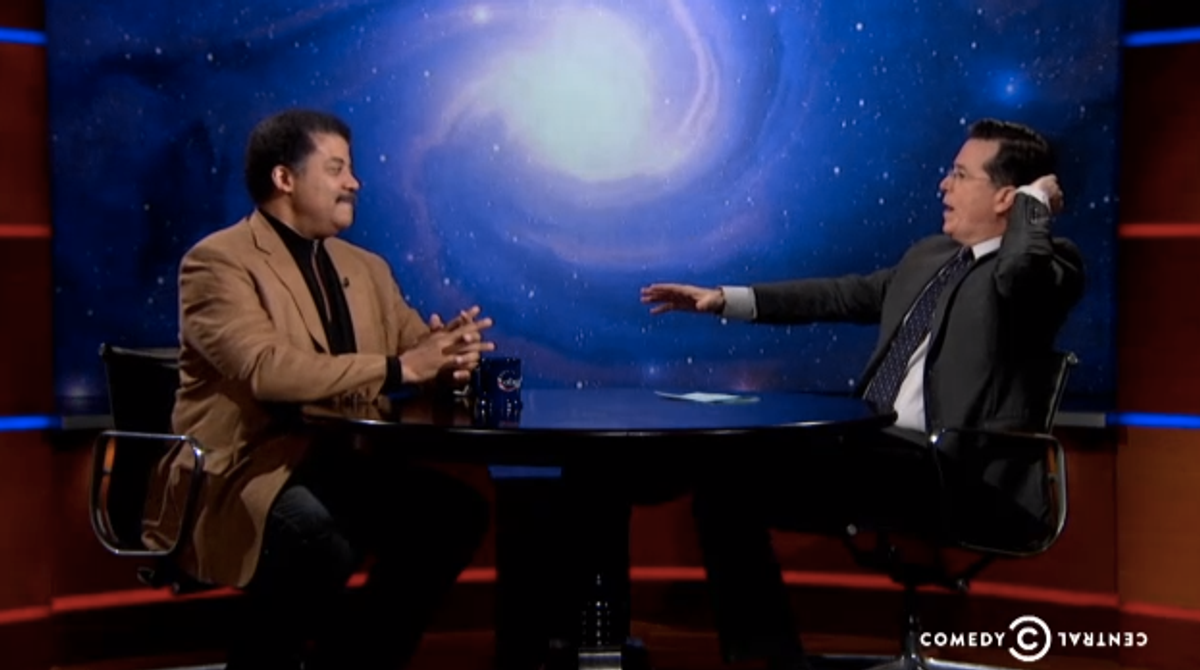 As Bill Nye continues to engage in non-debate debates, like his recent one with creationist Ken Ham, Tyson reminded viewers that science is true "whether or not you believe in it."

“Once science has been established, once a scientific truth emerges from a consensus of experiments and observations, it is the way of the world," Tyson told Colbert. "What I’m saying is, when different experiments give you the same result, it is no longer subject to your opinion. That’s the good thing about science: It’s true whether or not you believe in it. That’s why it works.”