President Obama gets awkward with Zach Galifianakis on "Between Two Ferns"

"Sorry I had to cancel a few times," Galifianakis told the president. "My mouse pad broke last week..." 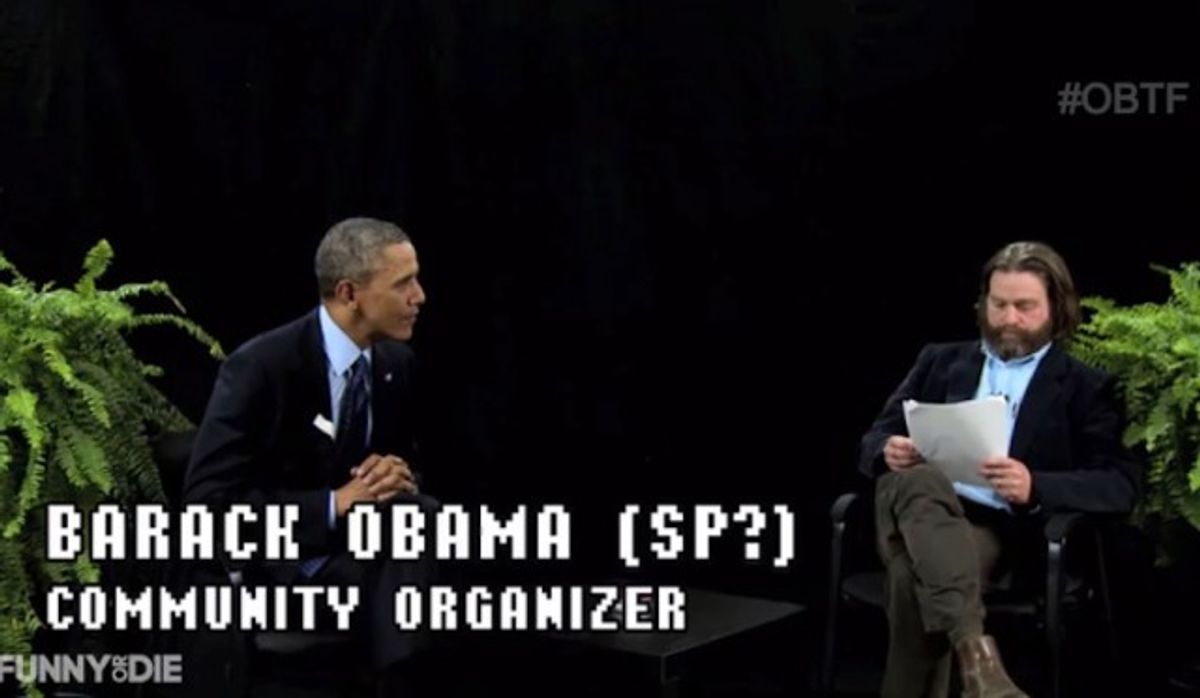 "Sorry I had to cancel a few times," Galifiankis told the most powerful man in the country. "My mouse pad broke last week and I had to get my great aunt some diabetes shoes."

"You know what, Zach? It's no problem. I mean I have to say, when I heard that people actually watch this show, I was actually pretty surprised," Obama shot back.

Obama not only humored Galifiankis's incompetent, stand-offish character, but threw out some zingers of his own:

Galifianakis: What is it like to be the last black president?

Obama: What’s it like for this to be the last time you ever talk to a president?

Galifianakis: It must kind of stink, though, that you can't run three times.

Obama: Actually, I think it's a good thing. If I ran a third time, it'd be sort of like doing a third 'Hangover' movie." Didn't really work out very well, did it?

But in between the comedy bits, the tech-savvy president also got a chance to send his message to young people, including Healthcare.gov.

"Oh, I've heard of that," Galifianakis said. "That's the thing that doesn't work? Why would you get the guy that created the Zune to make your website?"

Watch the whole interview below: