The war on black intellectuals: What (mostly) white men keep getting wrong about public scholarship

From Dylan Byers to Nick Kristof, many media voices are blind to black women academics. There's a reason for that 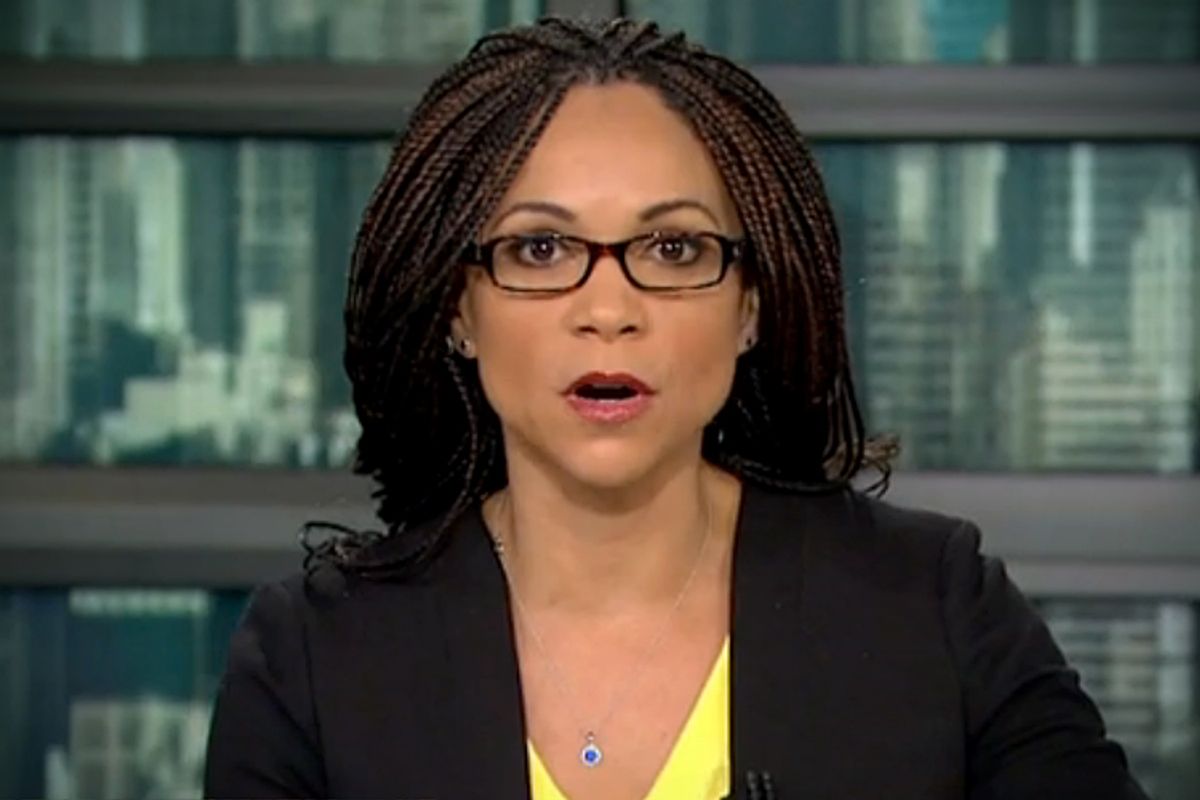 Since January, white male journalists have spearheaded a public lamenting of the dearth of American public intellectuals, by which they mean, academics who write accessibly and make an attempt to stay “in touch” with the masses who exist outside the Ivory Tower. First Dylan Byers at Politico lampooned Atlantic writer Ta-Nehisi Coates for calling Melissa Harris-Perry America’s foremost public intellectual. Then Nicholas Kristoff wrote “Professors, We Need You” in the New York Times, in which he argued that “Ph.D. programs have fostered a culture that glorifies arcane unintelligibility while disdaining impact and audience.” Moreover, he inexplicably proclaimed that “academics have been slow to cast pearls through Twitter and Facebook.”

Which academics does he mean, exactly? I joined Twitter because a disproportionate number of  young professors of color had taken up residence there. Melissa Harris-Perry herself built a significant public following before she ever had a TV show by blogging and tweeting on a regular basis.

Then late last month, Joshua Rothman published a defense of Kristof with a piece at the New Yorker called “Why Is Academic Writing So Academic?” Rothman argued that the problem is not a lack of engaged scholars but rather with the academic enterprise itself: “Academics may write for large audiences on their blogs or as journalists. But when it comes to their academic writing, and to the research that underpins it — to the main activities, in other words, of academic life — they have no choice but to aim for very small targets.”

Part of what being a public scholar means, though, is a facility of writing for more than one audience. For scholars of color like myself, it means we do double duty. We write what we need for tenure. We write in obscure terms so that we can prove that knowledge about black people and people of color is “rigorous” and meets accepted academic standards. And then many of us turn to public speaking, radio, podcasts, blogs and Twitter to translate that knowledge in ways that are useful to our communities. None of that work will get us tenure, and it might come with accusations that we are being distracted from doing the more valuable work of academe. But we do it anyway.

In preparation for two public talks I’m giving this week (in addition to teaching, doing academic service work, meeting with and mentoring students, writing for Salon, and posting to the Crunk Collective’s blog) I had occasion to revisit black feminist scholar Barbara Christian’s groundbreaking essay “The Race for Theory,” published in 1988. In that piece, she wrote:

I feel that the new emphasis on literary critical theory is as hegemonic as the world it attacks. I see the language it creates as one that mystifies rather than clarifies our condition, making it possible for a few people who know that particular language to control the critical scene. That language surfaced, interestingly enough, just when the literatures of people of color, black women, Latin Americans, and Africans began to move to ‘the center.’

Joshua Rothman’s and Nicholas Kristof’s observations are not new. Among the first two generations of black women to make any significant inroads in the academy in the 1970s and 1980s, black feminists warned against the academic march into obscurity as the university was being marshaled there by well-meaning liberal white people, who believed that their turn to the theoretical was an escape from the political concerns that had dominated the academy in the 1960s and 1970s. In addition to this critique of theoretical opacity, Emily Lordi notes powerfully that even among the top black feminist scholars, their work is known for being written in an accessible, and frankly beautiful style and that Rothman “ignores the black feminist critics who have been redefining scholarly prose for the last 40 years.”

The fundamental problem with Byers, Kristof and Rothman, then, is not lack of sufficient academic models, but rather that when they say “intellectual,” they mean “white male intellectual,” and in a few instances, white women, too. The refusal to acknowledge that white men are not the only folks responsible for creating knowledge makes it easy to run roughshod over the histories of black women knowledge creators and academics who tried to hip us to the political realities of academese long before some of these people were even born.

Americans are not people of especially long memory, though, particularly when it comes to racial atrocities, so I could probably excuse the lack of historical knowledge about what black women academics have been saying for nearly 30 years, if something more insidious weren’t happening. These guys refuse to acknowledge contemporary conversations among black public intellectuals as well. In one instance I’m talking about the arrogance and assuredness of Byers' dismissal of Harris-Perry. But I am also thinking of a piece from Princeton University professor and public intellectual Imani Perry. Perry was responding to a different problem, namely the desire among young aspiring black academics for the media spotlight and celebrity of doing public intellectual work. To them/us, she wrote:

Today's graduate students and junior professors who aspire to bring additional meaning to their intellectual work outside the university should embrace this broader and more democratic definition of what it means to be a public intellectual. One need not be camera-friendly or media-savvy to work for a civic or political organization. There is so much work to be done, particularly in communities of color, on a wide range of issues, including educational outcomes, imprisonment, nutrition, political representation, and unemployment.

How is it that in Perry’s universe there is so much clamor for the public intellectual spotlight that young black scholars need a reality check, but among Byers, Kristof and Rothman, almost no public thought leaders of any caliber have emerged whatsoever?

Kristof, Byers, Rothman and I agree deeply on the need for publicly engaged scholars. In this moment, when the academy is starving and killing humanities programs, in service of a top-heavy focus on the STEM (science, technology, engineering, mathematics) fields, I concur that we are in serious danger of producing citizens who cannot think critically and ethically about the nature of human experience. The focus on the STEM fields at every level from the government to the university is very much about the U.S.’s attempt to regain imperial dominance through science, technology and business. This imperial push has led to an incessant conversation about “thought leadership,” which, with the increasing privatization and public defunding of the university, has become a vacuous neoliberal stand-in for what public scholarship used to mean. For thought leaders are those whose thoughts can make money and put the U.S. back on top. Gone is the value of new thinking that simply makes us better at being human and existing on the planet more charitably with others. These are scary times, indeed.

Similarly, harkening back to Christian, the desire among more liberal white folks for publicly engaged white scholars has everything to do with the creeping sense of insecurity that white Americans feel in their own backyard. These men – Byers, Kristof and Rothman-- need to be honest, then, about what they mean when they say public intellectual. What they seem to effectively mean is that they want white men to talk more about what it means to be white men, while claiming to speak to “universal” human experience. But if we have the power to make “post-racial” mean anything useful, it should mean that white people are not the only people who get to define and grapple in serious ways with our national condition.

And make no mistake: This is a critical moment in the life of the nation where the university should be the seat of conversations about what kind of nation we seek to be. But we should be clear that people of color – like Fannie Barrier Williams, Mary Church Terrell, Anna Julia Cooper, W.E.B. Du Bois, June Jordan, bell hooks, Cornel West -- have pioneered models of public intellectual work both inside of the university and outside of it. And if we want clues as to how to proceed in this moment when the university is being co-opted and ruined by those on the right, who hate its liberal leanings, it is to the work of black and brown people that we should look.