Statistics show Southern states have the lowest economic mobility in the country. These phenomena help explain why 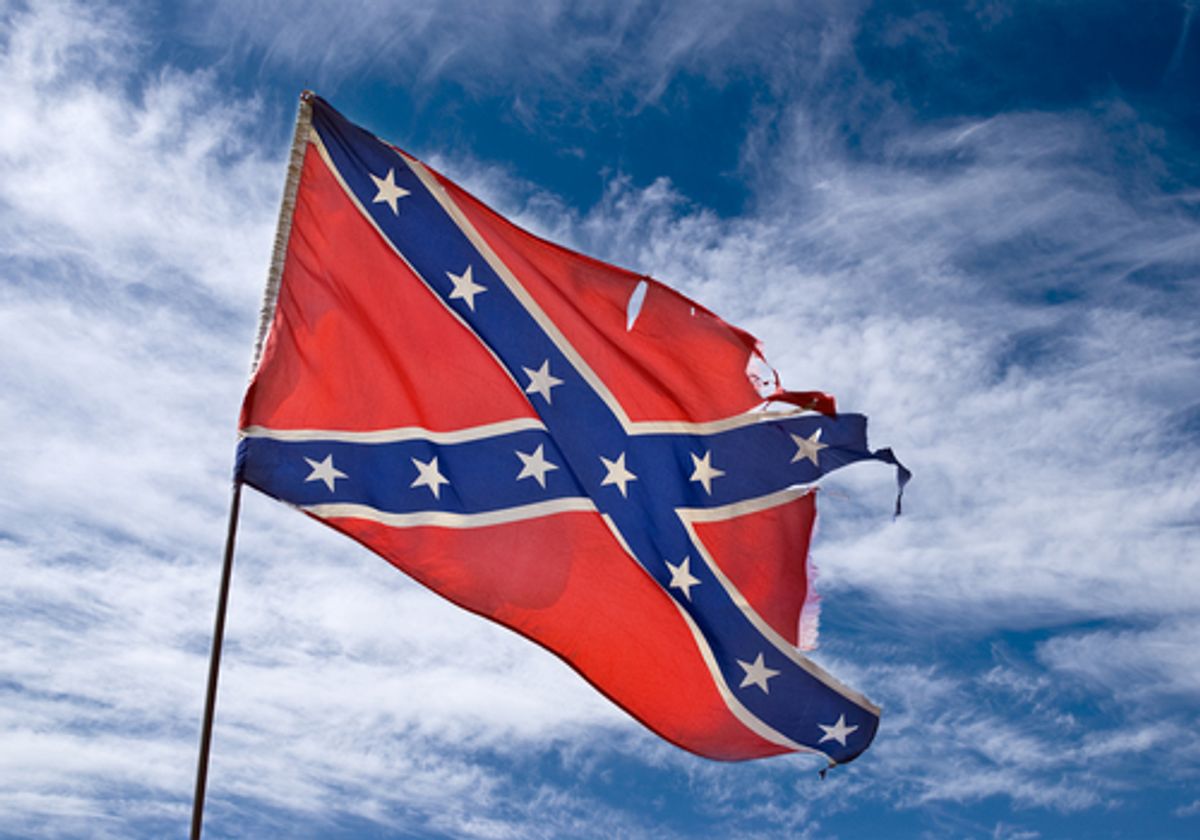 Across red-state America, especially in the Deep South, recent statistics—such as these Huffington Post graphics—show that the cycle of poverty, in its many manifestations, is unchanged and holding firm. Why is this?

(Editor's note: This piece has been updated to credit some underlying source material published in the Huffington Post by Business Editor Emily Cohn.)

It’s easy to say this is how Republicans like to run states—cutting budgets, not raising the minimum wage, opposing labor unions. They let the poor and working class stew in their hardscrabble juices. Meanwhile, they distract voters by accusing liberals of waging war on the few sources of personal power in Southerners' difficult lives: their religious beliefs and owning guns. But go back several decades when segregationist Democrats ruled; for the most part, they weren’t very different from today’s Republicans.

So what is it that perpetuates decades of poverty in the Deep South? What follows are eight bundles of statistics tracking this latest cycle of poverty. Could it be that people who historically have been treated badly, who have little money in their pockets but look to the sky and pray, expect less from others—including the public and private sector? Does that explain why red-staters cling to God, gun ownership and a “leave-me-alone” ferocity? They expect politicians to defend their values and their pride and little more?

What’s going on here isn’t entirely political, even if it is used by red-state Republicans in their personal drive for power and influence. Look at what the following statistics reveal about red-staters trapped in deep cycles of poverty. What is the thread that connects lousy governance, bad health, evangelical religion and firearms fervor?

1. Southern states have the most poor people.

Looking through the widest lense, one sees that America’s sunbelt contains the poorest states. This is not just because it costs less to live in a warmer climate. The Department of Agriculture, which measures poverty, found that every red state in a 2,500-mile stretch from Arizona to South Carolina along the southern tier had the highest poverty rates in the U.S. in 2011, between 17.9 and 22.8 percent.

From west to east, that poverty belt includes Arizona, New Mexico, Texas, Arkansas, Louisiana, Alabama, Mississippi, Kentucky, Tennessee, West Virginia, Georgia and South Carolina. As many as one in four Southern children live in poverty, the Children’s Defense Fund reported earlier this year, compared to the national average of one in five.

As you would expect, the vast majority of people falling under the poverty line in the poorest states do not have white faces—although there are poor whites. The Henry J. Kaiser Family Foundation compiles state poverty rates by race. In the poorest states, whites account for 15 percent to 20 percent of the poor.

People work hard, but that doesn’t mean they’re well paid—Southern business elites and politicians like it that way. Five states have no state minumum wage, meaning that the federal minimum of $7.25 an hour and $2.13 for tipped workers is the standard. While other states have raised these floors, that’s not so for Louisiana, Alabama, Mississippi, Tennessee and South Carolina. These states also are hostile to organized labor, like the entire South. The result is the 10 states with the lowest average household incomes are mostly southern. Starting at rock bottom, they are Mississippi, Arkansas, West Virginia, Alabama, Kentucky, New Mexico, Tennessee, Louisiana, South Carolina and Oklahoma.

Politicans love to talk about the American Dream, which of course, is that hard work will result in a steady climb up the economic ladder. That promise is least likely across the South, according to the Equality of Economic Opportunity Project. It mapped economic mobility county by county across the U.S., and created this map showing that the South was where children born into poor homes were least likely to climb the economic ladder. The region’s businesses and business models overwhelmingly rely on low-wage work.

Given these private-sector proclivities, one might expect state and local governments to pick up the slack. While that may be true for education spending compared to other issue areas, at least as measured by high school graduation rates, the states that spend the least for their residents are mostly red states in the South and mountain west.

When it comes to helping low-income households get access to healthcare, almost all red states, including most of the Deep South, have refused to do this under Obamacare. The U.S. Supreme Court gave states the option to open enrollment into state-run Medicaid programs for the unisured. Red-state Republicans have declined, although federal funds pay for more than 90 percent of this, with the feds paying the entire bill for the first few years. The Urban Institutemapped counties with the most uninsured people locked out of Obamacare. The result looks like a tornado track that starts in Oklahoma and Texas and goes into Missouri, Mississippi, Alabama, Tennessee, Georgia and North Carolina.

6. One result: people self-medicate in response.

Human nature is human nature, regardless of geography. People will find ways to cope with life’s challenges. But public health statistics show the personal response in the poorest states produces some bad results. The Deep South has the country’s highest obesity rates, according to the federal Centers for Disease Control and Prevention. The region has the most cigarette smokers. It has the highest teen birth rates. Now, other areas of the country take the trophy for other vices. But according to Gallup, the pollsters, the states with the most unhappy people are in that Deep South-Midwest swath: Oklahoma, Louisiana, Arkansas, Missouri, Mississippi, Alabama, Tennessee, Kentucky, Ohio and West Virginia.

Unlike Brandy Clarke’s new song, “Pray to Jesus, Play the Lotto,” Southerners do not spend the most on lottery tickets. Massachusetts takes that honor. But the South (and Utah) has the mostevangelical Christians. In Alabama, the third most Christian state (56 percent of residents) and the second most religious state, according to the Pew Research Center, Republicans recently proposed a state constitutional amendment to put the Ten Commandments in public buildings. Rep. DuWayne Bridges said school shootings and violent crime was “due to the Ten Commandments not being displayed.”

Whether politicians like Bridges believe that nonsense is not the point. He is promoting that pious view because he knows most Alabamans are likely to have more faith in God than in man, because they are very religious. That is a consequence of poverty. When people are poor and struggling and they can’t do too much about it, they seek escapes—overeating, smoking, doing drugs. Some look for answers in religion. People hold onto what they can control, such as their beliefs.

It’s no surprise that the poorest states are the most religious. Pew ranked the importance of religion, and found the 10 most religious states were, in descending order, Mississippi, Alabama, Arkansas, Louisiana, Tennessee, South Carolina, Oklahoma, North Carolina, Georgia and Kentucky. But there other ways people who are battered by society try to feel personally powerful, which brings us to firearms.

The poorest states, which are the most religious, also have the most gun violence. That’s a sad consequence of a widespread gun-owning culture that goes beyond rural traditions of hunting. Southerners don’t trust government because Republicans tell them not to, allowing the GOP to do little to help people live better. Democrats who ruled the South during segregation drove the same point home. So it’s no surprise that the poorest states have some of the highest gun ownership rates and highest rates of gun-related violence.

The 10 states with the most gun violence, based on federal statistics, are, in descending order, Louisiana, Alabama, Alaska, Arizona, Mississippi, South Carolina, New Mexico, Missouri, Arkansas and Georgia. People who don’t have much power in the world know that guns are powerful. Like their religious beliefs, guns steel people against a hard life. Unfortunately, when people emotionally snap and grab a gun, the result can be deadly.

It’s not that difficult to understand the dynamics of voters in the poorest states electing Republicans who share their religious values and love of guns—but who won’t do much else to rebalance their state economies. Old habits are hard to break. If you are used to being treated poorly, that expectation can become a self-fulfilling prophecy. If red-state voters demanded more from their politicians, their employers and the institutions that perpetuate poverty, the status quo would begin to unwind and start to shift. Until then, reams of statistics will keep finding that America’s poorest regions are the same red states, run by white Republicans, and filled with people who have the blues.