The STD could soon be impossible to treat [UPDATED] 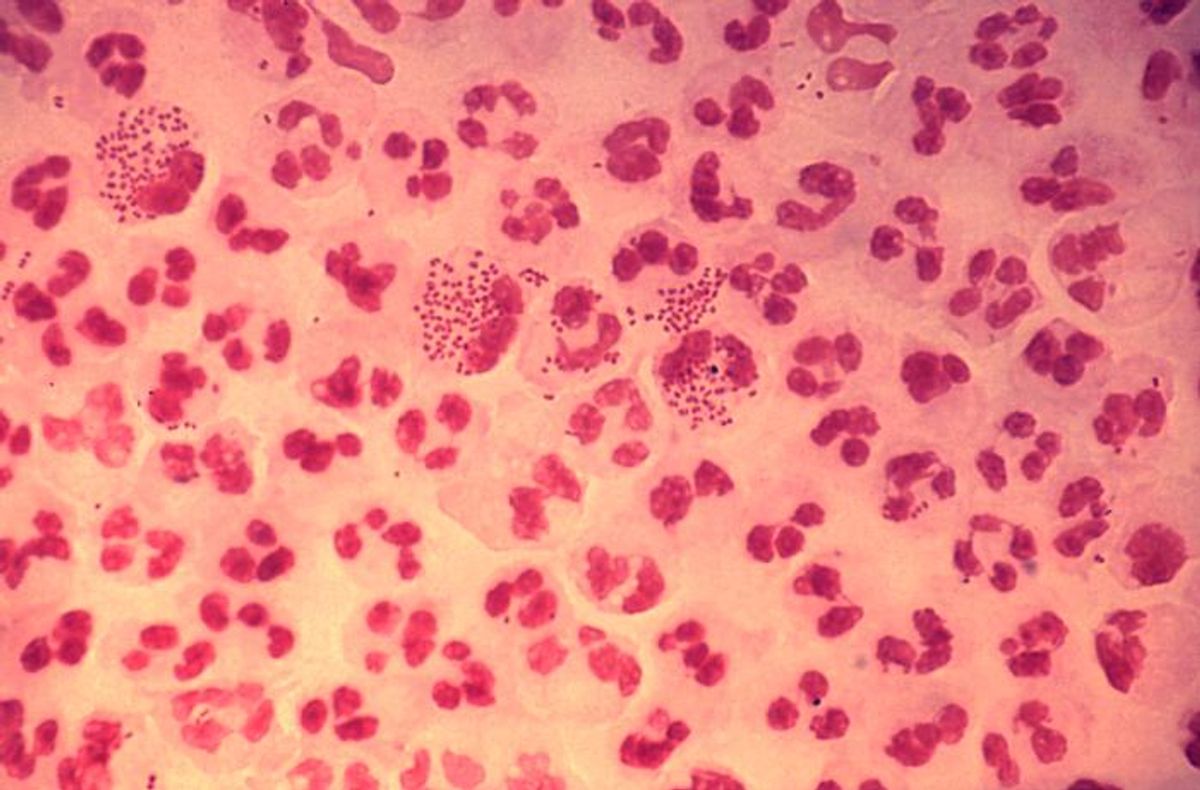 UPDATE 3/13/2014 5:45 PM ET: The CDC has reached out to clarify that ceftriaxone, a type of the antibiotic cephalosporin, is currently the only recommended treatment for gonorrhea, and that resistance to it has yet to emerge in the U.S.: "While our manuscript touched on the possible future emergence of resistance to this last-remaining treatment, it is critical to note that there have not been any instances in the U.S. of patients who have failed treatment with ceftriaxone." More information about the CDC's treatment recommendations can be found here.

Every year, there are about 820,000 cases of gonorrhea diagnosed in the U.S. And thanks to increasing antibiotic resistance, our ability to treat the sexually transmitted infection is becoming more and more difficult.

According to the CDC, rates of super-gonorrhea (called such not because it's super awesome, but because it's super resistant to treatment) are on the rise in a number of U.S. cities, including Denver, Honolulu, Minneapolis, Phoenix, Portland, San Diego, San Francisco and Seattle.

And one of those few remaining treatment options, the antibiotic cephalosporin, is probably on its way out as well. Here's more from the Verge:

By analyzing long-term surveillance data for 17 US cities between 1991 and 2006, researchers were able to trace how gonorrhea became resistant to ciprofloxacin, an antibiotic that lost its CDC recommendation in 2007 because studies demonstrated that 13.8 percent of patient samples were resistant to the drug.

The study's results are alarming, but not altogether surprising. The researchers found that increased resistance leads to an increase in gonorrhea cases. That's because being infected with a resistant strain lengthens the amount of time it takes to treat it, giving the infected party more time to pass it on to others.

Overall, the study suggests that if 10 percent of gonorrhea samples are resistant to the recommended treatment, then there will be a subsequent 7 percent increase in gonorrhea. Given that 820,000 cases are diagnosed in the US each year, a 10 percent cephalosporin-resistance rate would represent 57,400 additional cases — all of which would be extremely hard to treat. And this number could become even higher over time because of the cumulative effect of resistance. "Based on the experience with other drugs previously used to treat gonorrhea," said Sarah Kidd, a medical epidemiologist at the CDC who did not participate in the study, in an email to The Verge, "the emergence and spread of cephalosporin-resistant gonorrhea in the United States appears imminent."