Jerry Sandusky's wife stands by her man in a "Today" interview 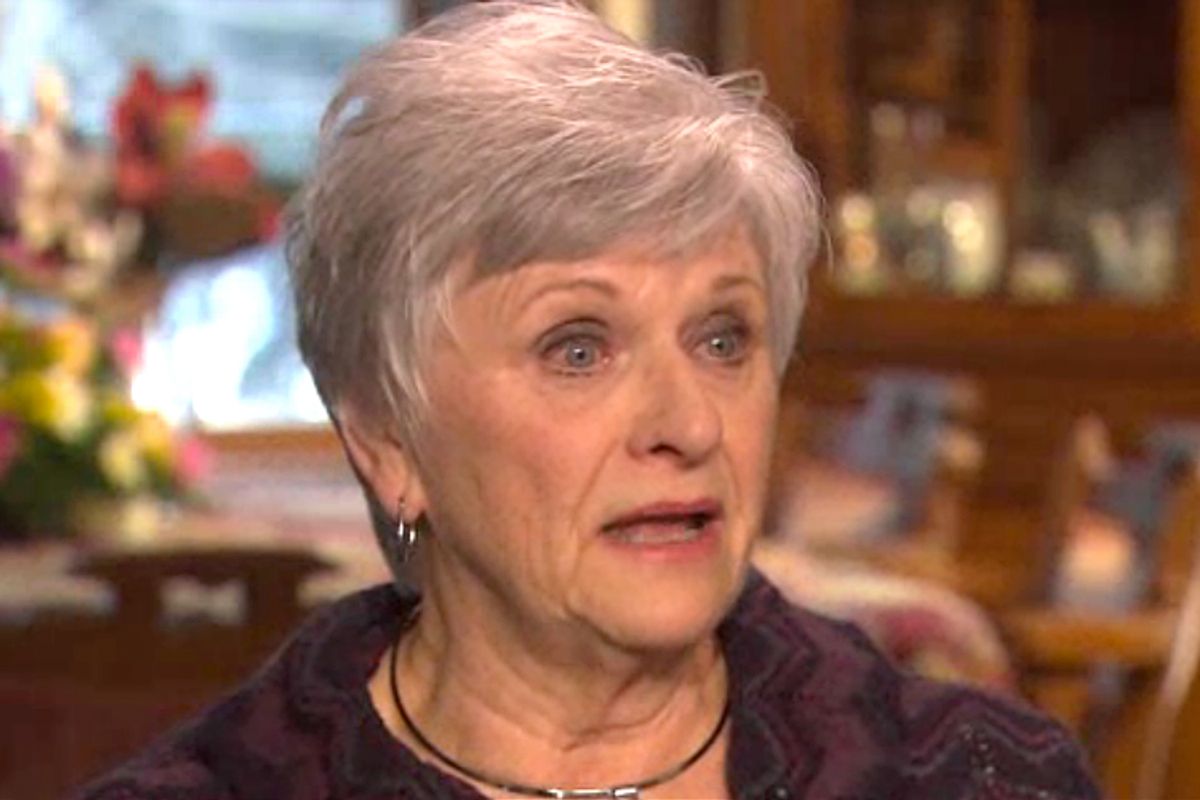 There's a lot to be said for standing by your spouse in times of adversity. Unless maybe your spouse is a convicted serial child rapist.

In a Wednesday morning interview on "Today," the wife of former Penn State assistant football coach Jerry Sandusky told Matt Lauer that she "definitely believes him" and that "I know who I am. And I know who Jerry is. And I know he did not do the horrible crimes that he's convicted of."

The 70-year-old Sandusky has been in a maximum security prison for almost two years now, serving time for the 45 counts of sexual abuse he was found guilty of, crimes spanning a 15-year period and involving at least eight boys. But while his wife of 37 years did admit that her spouse showered with kids, she explained, "That’s the generation that Jerry grew up in ... There were always people coming in and out no matter what time that was." She believes Sandusky's being wrongly imprisoned in a case that's about financial gain. Of his victims, she said, "They were manipulated, and they saw money. Once lawyers came into the case, they said there was money." Last fall Penn State agreed to pay out almost $60 million in settlements to 26 individuals based on their claims against Sandusky, and a school system that seemed determined to protect him.

Mrs. Sandusky became emotional talking about the difficulties of prison life, telling Lauer, "A friend had written to him and asked him what he missed — what did he take most for granted -- and he said family meals, fun time with the grandkids playing ball, (and) doing special things with friends." And she insisted she's not passively blinded by loyalty. "I'm not a weak spouse," she said. "As you know, my name — they call me 'Sarge' because Jerry said I kept everybody in line. If they want to say that, let them say that."

In her interview, Mrs. Sandusky had a dubious ally in John Ziegler, whom "Today" identified as a "documentary filmmaker" but is better known as a confrontational conservative crackpot who's been fired from several broadcasting jobs. His methods of inserting himself into the Sandusky story over the past few years have been questionable, to say the least. During the interview, Ziegler was happy to pipe in with his own assessment of the case, including his belief that Joe Paterno was "unjustly fired" for his role in the scandal.

That the longtime wife of Jerry Sandusky might see this as the story of an old man who was wrongly accused, forced now to suffer the rest of his days far from his family and friends, is not entirely unexpected. Dottie Sandusky is not Peter Lanza. The crimes of her family member were not committed in public. She has the luxury of believing what she chooses, and she chooses to believe her husband is not a predator who robbed young boys of their trust and their innocence. But you've got to wonder why "Today" would give an apologist for a convicted sex abuser such a platform. And you've really got to question the ethics of passing off a loose cannon like Ziegler as a seemingly reputable journalist and documentarian. It's a cynical move, and a pretty hard slap in the face to the victims, wrapped as morning entertainment in between the weather and cooking tips.