Overlooked victims: Why America needs an initiative to lift its young Muslim boys

Over a decade after 9/11, Islam is a smear -- and little boys are treated like suspects. We need to build them up 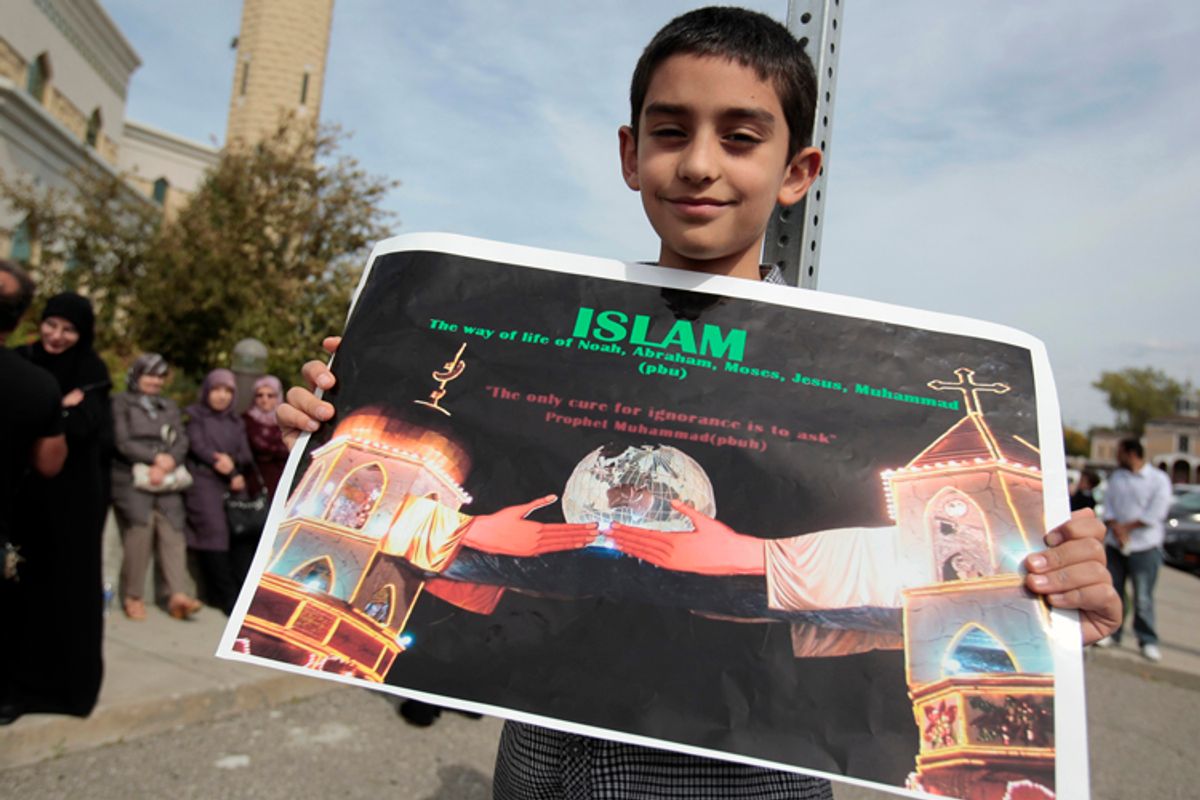 Last month, President Obama announced "My Brother's Keeper," an admirable initiative calling for private businesses, nonprofits and local governments to work in concert “to build ladders of opportunity” for young men and boys of color, specifically African-Americans and Hispanics. Another large segment of America's youth likely to be victimized by prejudice and suffer injustices in the criminal justice system is young Muslim men.

More than 10 years after 9/11, Islamophobia conflating Muslim Americans with terrorists is commonplace and Muslim Americans are still battling for civil rights. While each group has its own struggles, President Obama’s speech describing the challenges for African-American and Hispanic men of color, as well as the advice he gives, could also be directed toward today’s Muslim American youth:

And I believe the continuing struggles of so many boys and young men, the fact that too many of them are falling by the wayside, dropping out, unemployed, involved in negative behavior, going to jail, being profiled, this is a moral issue for our country. …

It may be hard, but you will have to reject the cynicism that says the circumstances of your birth or society’s lingering injustices necessarily define you and your future. It will take courage but you will have to tune out the naysayers who say the deck is stacked against you, you might as well just give up, or settle into the stereotype.

While many persecuted communities have made momentous strides toward acceptance — through greater cohesion, positive media imaging, political access and informative communication — Muslim Americans, whose diverse origins range from the Middle East and Africa to South Asia and Latin America, are facing increasing harassment, discrimination and exclusion every day politically, socially and economically.

Despite sharing the American dream, Muslim Americans are often viewed as foreign occupiers with strange habits, completely unrelatable to anyone who is an “actual” American. Of course, claims that President Obama might be a Muslim loomed darkly over his presidential campaigns and terms in office. During his 2008 campaign, soon-to-be President Barack Hussein Obama never visited a masjid, or Islamic place of worship. The same year, during the Al Smith Dinner, a charity fundraiser that draws presidential candidates each year, he half-jokingly remarked: “I got my middle name [Hussein] from somebody who obviously didn’t think I’d run for president.”

The thought that he might be Muslim made him an impostor, someone unfit to be president of the United States — worst of all, “un-American,” so much so that he went on his website to describe that such remarks were a “smear” to his name and character.

As Steven Benen wrote in the Washington Monthly, “In other words, we've come to a point in our discourse at which ‘Muslim’ isn't an adjective used to describe 1.5 billion people; it's an adjective some Americans use as an insult.” Interestingly, when people were asked to rate President Obama’s job performance in 2010 for a Pew Survey, those who thought he was a Muslim didn’t like what he was doing, but those who thought he was Christian approved highly. Pointedly, those who weren’t sure about his religion were evenly divided between hating and liking him.

Young Muslim American men are stereotyped, vilified and marginalized, disrupting not only their “educational outcomes and psychosocial well-being, but also their sense of nation and belonging.” W.E.B. DuBois, the African-American civil rights activist and writer, asked, “How does it feel to be a problem?” Muslim American men today are posing the same question.

Muslim American men are held without charge in indefinite detention, often baselessly accused of having terrorist links. Racial profiling policies in New York City adversely impact Muslim Americans in New York City --- as documented in "Mapping Muslims: NYPD Spying and Its Impact on American Muslims." Muslim American communities are being suppressed from political and social engagement, and from establishing trusting relationships with law enforcement. Also, anxiety and rates of depression are higher for Muslim Americans than those of the general public, due to distrust, incidents discrimination, being viewed as terrorists and feeling like they are being singled out by law enforcement. From community mapping, video surveillance, photography and use of confidential informants, Muslim Americans are trapped in an environment of virtual interment.

It is not until Muslim American men are no longer alienated, but acknowledged, listened to and accepted that the socio-conomic and political crises afflicting young men of color can begin to be remedied.

Sara Kamali is a member of St. Antony’s College, University of Oxford. She has a doctoral degree in religious studies; her work includes comparative approaches to religion and violence as well as interfaith engagement and religious literacy. Follow her at @sarakamali.